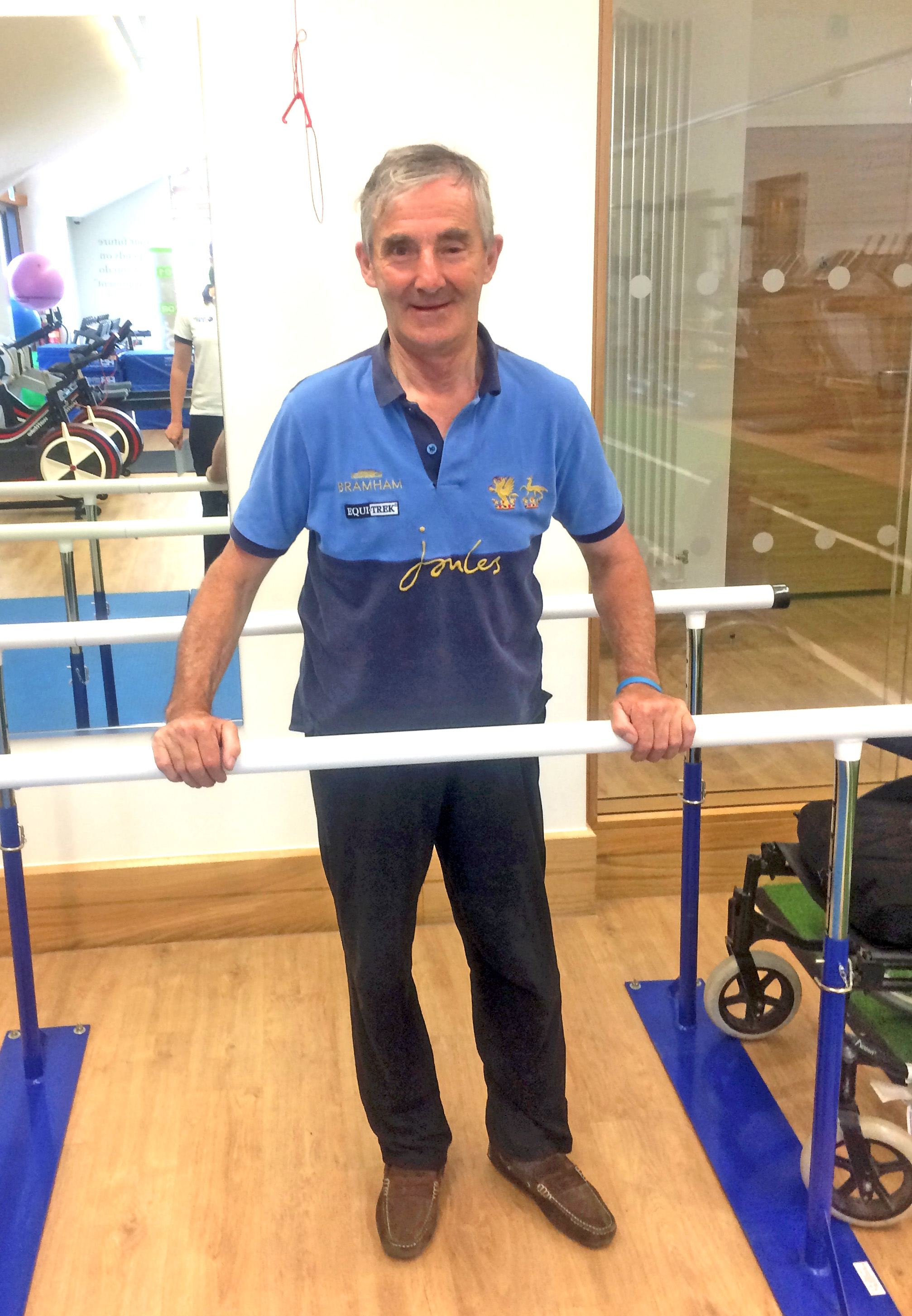 Chris Cundall was called to a farm close to his Scarborough practice to look at a bull that was lame. The 63-year-old went to examine the animal which first crushed him against one wall before spinning around and pounding him again into the back wall of the enclosure.

Chris, a vet with 40 years’ experience, suffered a spinal fracture which impinged on his spinal cord leaving him partially paralysed from the waist down.

“I don’t really remember the accident itself but, as I was on the ground waiting for the bull to come at me again, I do remember thinking well, this is probably it,” said Chris.

“I wasn’t frightened. I’ve had a very good life, but the animal never came at me again. At that time my ribs hurt more than my back but when I could not feel my legs I knew I was buggered.”

Chris was airlifted to the James Cook University Hospital, Middlesbrough, by Yorkshire Air Ambulance and his accident features in the first episode of a new series of Helicopter ER, the award-winning UKTV programme which follows the life-saving work of the rapid response emergency charity.

The accident, which happened a year ago, has left the popular vet in a wheelchair with an ‘incomplete’ paralysis.

Chris, whose wife Jill runs a livery yard at West Ayton, has ridden horses all his life and is a veteran point-to-point and amateur National Hunt rider having competed for 43 seasons. He attends the state-of-the-art rehabilitation unit at Jack Berry House, run by the Injured Jockey Fund, twice a week, and is determined to walk again.

“I do a lot of exercise and I can move my legs a little now and weight bear with just a little support,” added Chris, who has had to move out of the family’s Sherburn farm into a wheelchair accessible house.

“I try to read complete chapters of books standing up and, I don’t know whether I will improve any more, but my goal is to be able to walk properly with a Zimmer frame.

“It is obviously incredibly hard on me and my family but there are people who are much worse off than me and I’m definitely a glass half full kind of person.”

With a lot of true Yorkshire grit and determination Chris is planning to do a sponsored walk on a Zimmer frame – either at different racecourses or between the penultimate and last fence of one course to raise money for both Yorkshire Air Ambulance and the IJF.

He added: “The Injured Jockey Fund have been brilliant and having Jack Berry House just a few miles away has made such a difference.

“There is a definite time window for this kind of injury which is where the air ambulance comes into their own. Living where we do and being such keen riders we already knew just how important Yorkshire Air Ambulance is. It is a fantastic charity.”

The third series of Helicopter ER starts on Monday (July 23) at 9pm on UKTV’s real life channel Really. The first episode also features a young girl who suffers major facial injuries in a road accident and a helicopter landing on the 18th hole of a golf course to treat a player who suffers a heart attack.