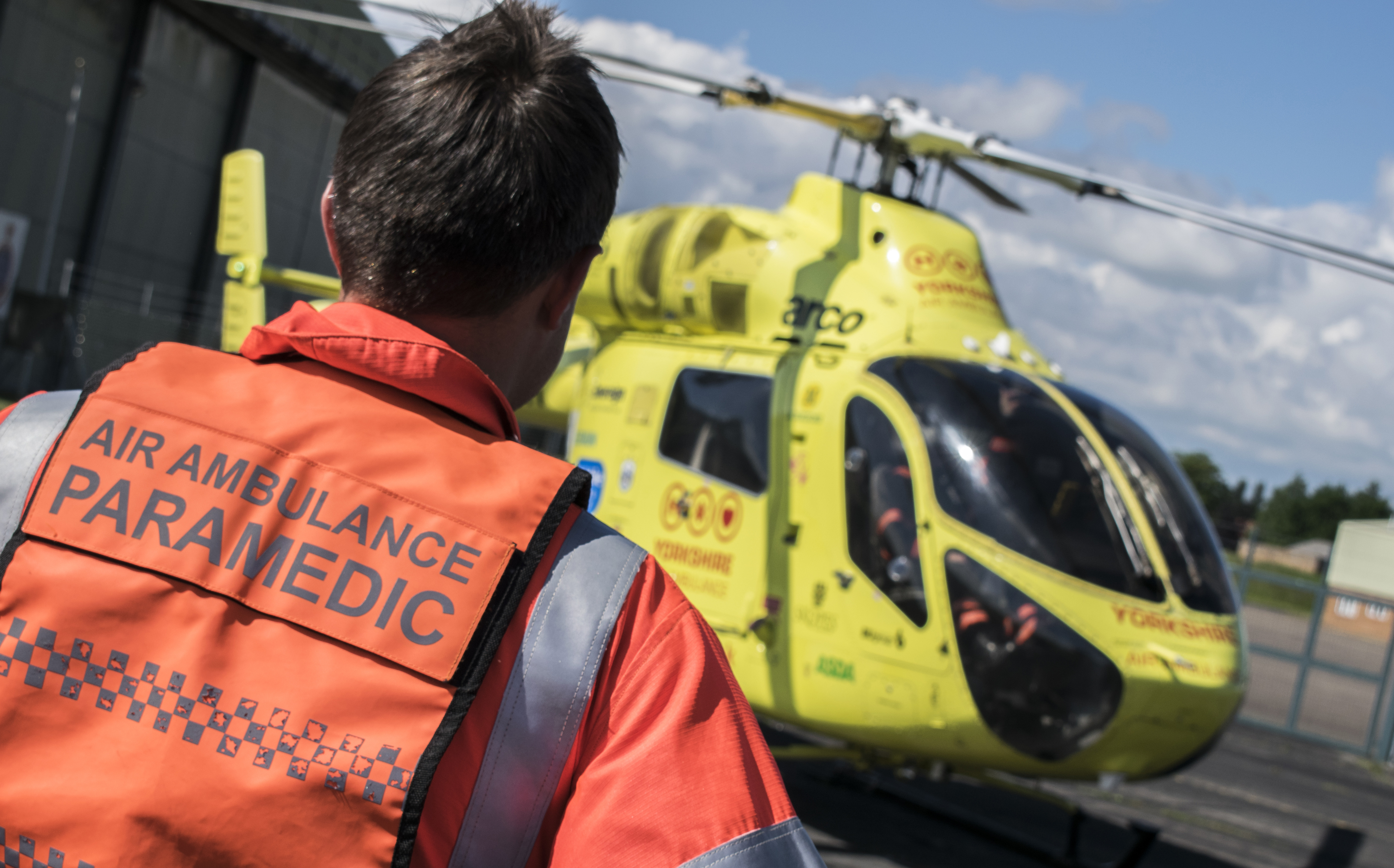 The life-saving work of Yorkshire Air Ambulance is to feature in a new prime time television series.

Helicopter ER will hit our screens later this year in a peak 8pm slot on UKTV’s real life channel, Really.

The new series is being made by many of the team who created Helicopter Heroes, the popular BBC programme which also showcased the work of Yorkshire Air Ambulance and ran for seven series between 2007 and 2014.

York-based Air Television have been commissioned to make 30 episodes of Helicopter ER, flying with the rapid response emergency service to capture the dramatic, life-saving work of the pilots, paramedics and doctors.

Ian Cundall, Executive Producer, said: “We are proud to have worked with the fantastic Yorkshire Air Ambulance crews for many years. We are British television’s only full-time, qualified medical helicopter aircrew so are able to shadow the medical team on the most complex rescues and to the most exposed locations.

“The access is extraordinary, the stories heart-warming and sometimes heart-breaking. We are moving from a day time to an evening prime time slot and the show will have a grittier editorial edge to reflect its new home.”

Yorkshire Air Ambulance (YAA) serves 5million people across Yorkshire and carries out over 1,250 missions every year. The charity needs to raise £12,000 every year and are soon to replace their current ageing aircraft with two, brand new state-of-the-art Airbus H145 helicopters.

These will take to the skies over Yorkshire later this year and their arrival will feature on Helicopter ER, alongside the dramatic and heart-warming stories of patient rescues.

Abby McClymont, Director of Marketing & Communications from Yorkshire Air Ambulance said: “We’re absolutely delighted to have the Air TV team back flying with us again.  They are fully trained to be very much part of our crew.

“The new series will enable our supporters to get a much greater insight into the day-to-day work of our crews and also to see first-hand where their donations go.

“The main focus will be the vital contribution our crews make to patients in often life-threatening and time critical incidents, their on-scene treatment and transfer to the best hospital for their injuries.”

The new UKTV series will also provide a more indepth look at the close working relationship YAA crews have with other emergency services such as the Yorkshire Ambulance Service NHS Trust land crews, Fire Brigades, Police and Mountain Rescue teams from across the region.

Abby added: “Although the series focuses on the work of the YAA, we are just one example of the many Air Ambulance services there are across the UK, and we hope it will show the vital work we all do, and encourage people to support their local Air Ambulance charity.”

Helicopter ER will be broadcast over two series on UKTV’s real life channel Really in late Autumn and Spring 2017.

Stories featured in the first series include the dramatic rescue of a tractor driver trapped under his sinking vehicle in an East Yorkshire lake, the fight to save a mountain biker who broke his back in a bad fall in the Peak District and the life or death struggle by a flying doctor, four paramedics and two helicopters to save a teenage worker who plunged through a North Yorkshire barn roof.

Previous series of Helicopter Heroes, which finished in 2014, have been successfully repeated on Really and UKTV Deputy Head of Commissioning Hilary Rosen said: “As UKTV continues to invest in creating new and exclusive content, I’m thrilled to announce our first ever original series for Really.

“The original Helicopter Heroes is a hugely popular show. We are building on the brand to bring a compelling combination of human stories and real-life heroism, set against the arresting Yorkshire landscape.”