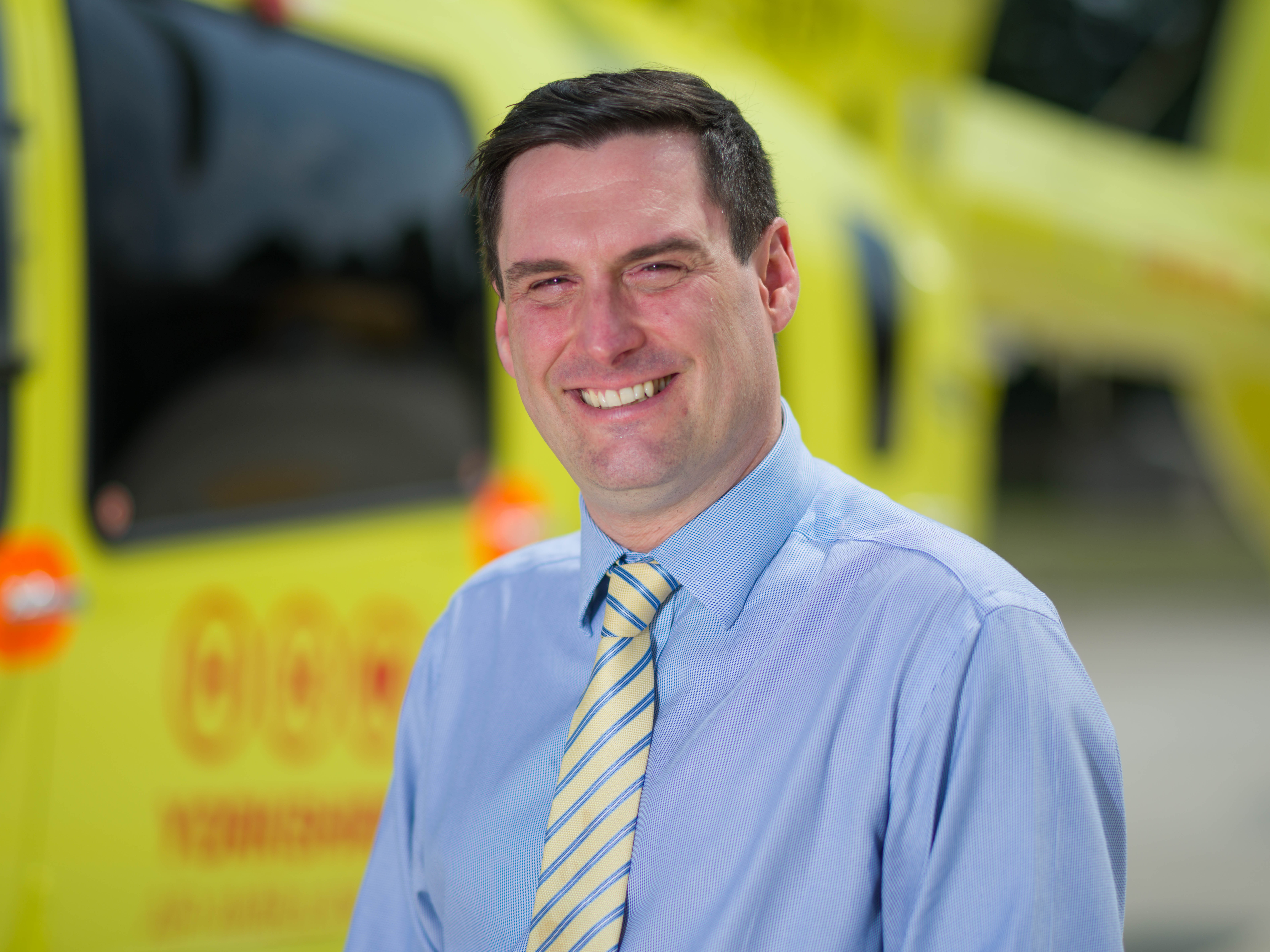 Yorkshire Air Ambulance has appointed a new Director of Fundraising.

Paul, who joined Yorkshire Air Ambulance as a community fundraiser 17 years ago, has been a significant figure in the development of the charity.  He created and led a hugely successful fundraising team, taking the charity’s income from £1million to £8million a year.

Paul said: “I’ve had an amazing 17 years at Yorkshire Air Ambulance. In that time, I’ve seen it go from a struggling, fledgling charity with a leased Bolkow helicopter, a Portakabin as its office, and not knowing where the next month’s funds were coming from, to a successful and thriving organisation with secure, long-term plans for the people of Yorkshire.

“It’s been absolutely fantastic and very humbling to be part of such a great team; working with the staff, trustees, pilots, paramedics and doctors, who really are an inspiring bunch of individuals.

“I would also like to pay particular tribute to our Chairman Peter Sunderland who has allowed me to build the fundraising team we have today, and for his support along the way.”

The YAA’s new Director of Fundraising, Garry Wilkinson, has worked in the charitable sector since 2001 and joins the charity after 11 years at Kirkwood Hospice.

He is looking forward to the challenge of building on Paul’s legacy. “Yorkshire Air Ambulance has such a fantastic reputation and has such impact in terms of the lives it saves and the difference it makes to people right across Yorkshire and beyond.

“It is really refreshing that the charity has developed with a strong ethical approach to fundraising. It is important that money is raised in the right way with no cold calling, door knocking or chugging.

“It’s about sustainability and it’s fantastic to be part of an organisation that has a clear future-proofing strategy to put the YAA at the forefront of air ambulance services.

“That is a credit to all that Paul has achieved and I am looking forward to the challenge of following in his footsteps.”

Yorkshire Air Ambulance serves 5million people and carries out over 1,250 missions every year. It needs to raise £12,000 every day to keep flying and has just replaced its two, ageing aircraft with brand new, state-of-the-art Airbus H145 helicopters.

Garry heads up a 12-strong fundraising team and works closely with corporate sponsors and YAA Chairman Peter Sunderland to support the delivery of the charity’s fundraising strategy.

Mr Sunderland added: “Paul Gowland has been a great asset to the YAA and has done a phenomenal job over the last 17 years establishing and building our successful fundraising team and playing a key role on our Senior Management Team.

“We are delighted to welcome Garry to the team. We know he will build on that work to help us to ensure that the charity remains in a position to provide the whole of Yorkshire with a state-of-the-art, world class air ambulance service.”