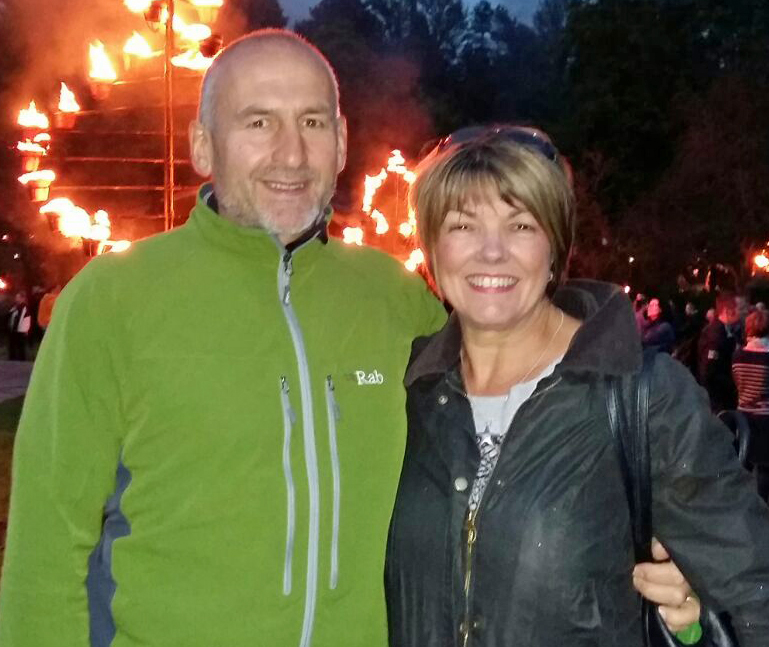 Carolyn Bjelan is now calling for all schools and workplaces to teach life-saving skills to improve the chances of people surviving a cardiac arrest outside hospital.

Carolyn had to use her life-saving skills when husband Jovan suddenly collapsed at their Harrogate home while doing some DIY.

“I was upstairs and heard a loud thud and when I found him I thought he must have fallen off the ladder,” said the 52-year-old head of Project Coordination and Customer Services at stone specialists Lapicida in Knareborough.

“When I realised he wasn’t breathing there were a few seconds when I panicked and thought I can’t do this, but then the training kicked in and I knew I had to act quickly.

“I started CPR and rang for the ambulance putting them on speaker phone. I knew time was so important as the longer the brain is starved of oxygen the greater the chance of brain injury.”

Carolyn continued performing CPR on her husband until the emergency services arrived, saving his life. Jovan’s heart started beating again but when he came round the 55-year-old was very agitated and Yorkshire Air Ambulance medics decided to place him in an induced coma before flying him to Leeds General Infirmary.

Over 30,000 people suffer cardiac arrests outside of hospital in the UK every year. If this happens in front of a bystander who starts CPR immediately before the arrival of the ambulance, the patient’s chances of survival double.

Today, if you suffer a cardiac arrest out of hospital in the UK, you have less than a one in ten chance of surviving.

It was hugely traumatic for Carolyn and her daughter Danielle, 34, but having had repeated CPR training meant she knew what to do and could act to save her husband’s life.

“I did suffer post-traumatic stress afterwards and I did get some help,” added Carolyn. “But we have amazing family and friends who were just fantastically supportive and Jovan is absolutely fine now.

“I’ve been a Brownie leader for years and having worked in construction too, I’ve always kept my first aid training up and had done CPR refresher training just a month before this happened. If I hadn’t Jovan might not be here.

“I do feel really strongly that CPR training should be much more widely taught in workplaces, in the community and in every school. We need to raise more awareness about the importance of having these skills.”

Doctors have never discovered what caused Jovan’s heart failure, but he has been fitted with an internal cardiac defibrillator which will shock his heart if it happens again.

The dramatic incident features in the UKTV series Helicopter ER which follows the life-saving work of Yorkshire Air Ambulance.

The series airs at 10pm every Monday night on UKTV’s reality channel Really. It has been made by many of the team behind the popular BBC programme Helicopter Heroes, who have again been flying with Yorkshire Air Ambulance pilots, paramedics and doctors.

The rapid response emergency charity serves 5million people across Yorkshire and carries out over 1,250 missions every year. YAA needs to raise £12,000 every day and is currently replacing its two ageing aircraft with brand new, state-of-the-art Airbus H145 helicopters.