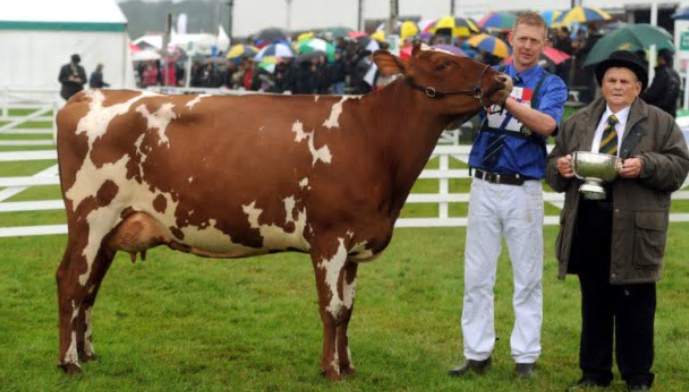 He should have been at the show with his stock of Ayrshires. Instead, they presented a trophy in his memory. Michael Spink was in New Zealand – living the dream, his friends said – when a vehicle hit him from behind as he walked along a state highway. He was 24.

In March, two months after the accident, his fellow members of Knaresborough Young Farmers organised a 120-strong tractor run which raised £8,000 for the Yorkshire Air Ambulance.

Yesterday, some of them watched as the Yorkshire Agricultural Society presented the Michael Spink Memorial Perpetual Trophy for the first time. It went to Richard Baynes from Hexham, Northumberland, who was with a team of 11 showing Ayrshires and dairy Shorthorns, including the champion Ayrshire heifer, Marleycote Lily. “It’s a particular honour in the circumstances,” he said, after the presentation by the ring steward and a friend of the Spink family, Michael Warren. Michael’s parents, his brother and two sisters watched with mixed emotions as the silver cup was handed over. “He would have been here today but he wouldn’t have been showing in the ring, said his father, Graham. “He was shy that way.” His son had bought some Ayrshire calves before he went to New Zealand, which would have formed the core of his own herd when he returned.

He had owned Ayrshires since he was eight, when his dad bought him some for the family farm at Scotton. “He would have loved to see his name on an Ayrshire trophy,” said his mother, Jane. “This is something really positive for us and we are so honoured to have a trophy dedicated to him.” Mr. Warren paid his own tribute in the judging ring. “He was a very good stock judge,” he said.