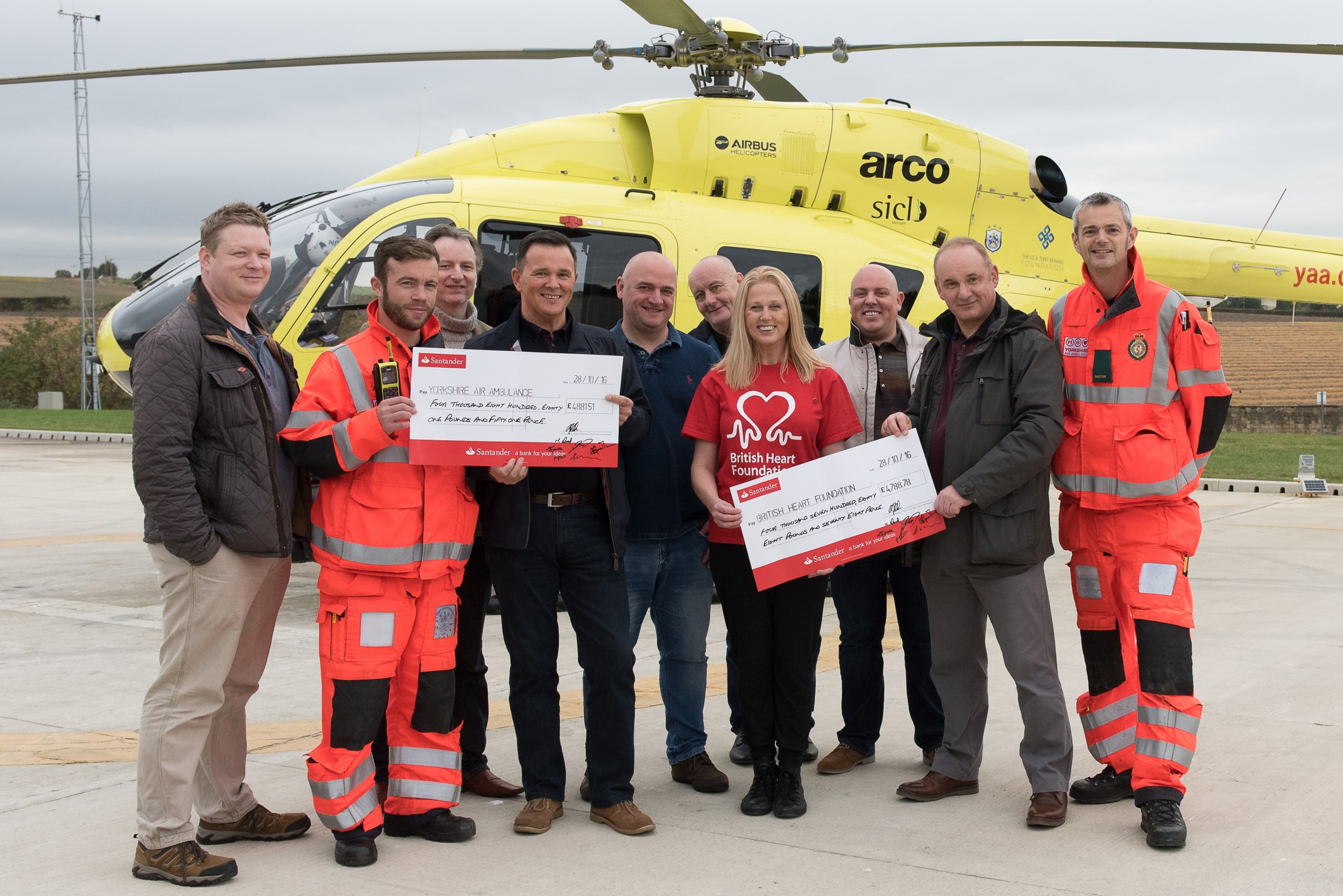 A group of conductors and drivers based at Liverpool Lime Street Station Liverpool railway workers raise nearly £10,000 for charitable causeshave taken part in a gruelling 63hr charity train journey across Europe to raise funds for the Yorkshire Air Ambulance and the British Heart Foundation.

The team of seven comprised of colleagues from TransPennine Express (TPE), Virgin Trains and Northern who travelled from Liverpool Lime Street station by rail into Europe, covering 3,000 miles in less than three days.

The money raised has been split between each cause with £4,881.51 going to the Yorkshire Air Ambulance and £4,788.78 to the British Heart Foundation.

TPE Train driver David Graham organised the challenge in support of both charities after each played such a vital part in his rescue and recovery after he suffered a dramatic near fatal heart attack when driving a train between Liverpool and Scarborough back in 2012.

David, was 20 minutes into a journey from Scarborough to Liverpool when he began experiencing severe chest pains and lost consciousness on a remote stretch of track near Malton in North Yorkshire. David managed to bring his train to a halt in a safe place, after which the conductor discovered David and raised the alarm. Following Rob’s on-board announcement, a group of Royal Preston Hospital nurses returning from a hen party came to David’s rescue, treating him on the floor of his cab and calling in the Yorkshire Air Ambulance, who took over at the scene and airlifted David to Hull Royal Infirmary.

TPE Train Driver David Graham said: “I will be forever grateful to both charities for the part they played in both my rescue and recovery. My colleagues and I have raised nearly £10,000 for both charities, exceeding our original target of £8,000.  I want to take this opportunity to thank all those that donated to our challenge in support of these two very worthy causes.”

Paul Gowland, Director of Fundraising at the Yorkshire Air Ambulance Support Unit said: “It was an absolute pleasure to welcome the guys down to our Airbase at Nostell and receive such a fantastic amount of money from them.  We are extremely grateful to Andrew, David and all of their colleagues who have continued to fundraise for us after David’s accident so we would like to thank everyone very much. It was also great to see David again looking so well.”

Hayley Gough, Fundraising Manager at the British Heart Foundation (West Cheshire and Merseyside) said: “We had a wonderful afternoon at the Airbase. The staff at Nostell made us all very welcome and it was great to spend some time with Dave and the guys. The challenge was a great team effort and the total raised for both charities was just fantastic!

The British Heart Foundation (BHF) are the UK’s number one heart charity and through 50 years of funding cutting edge research have already made a big difference to people’s lives. Thanks to supporters like Dave and the team BHF currently fund thousands of research projects around the UK that are fighting heart disease. Thank you so much to everyone that helped to make the challenge such a great success!”