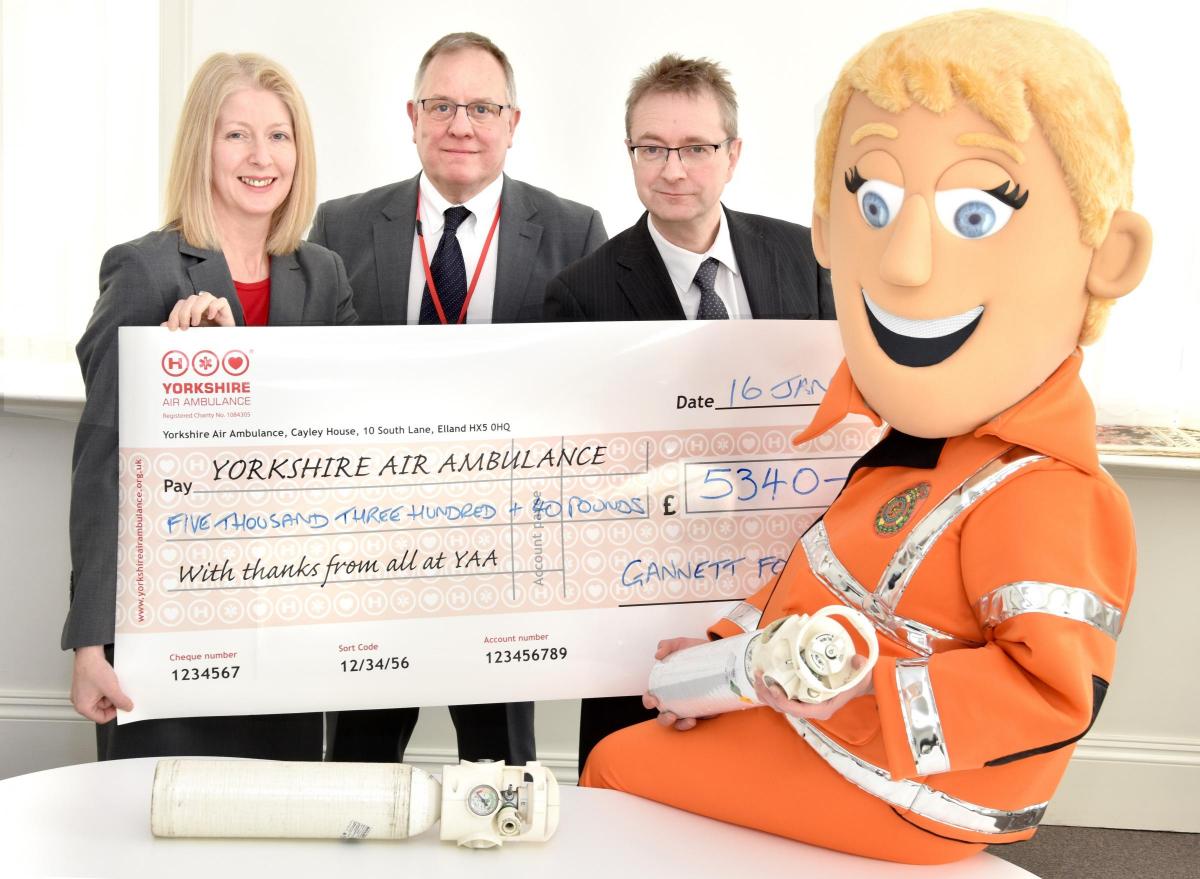 The Foundation is the charitable arm of Gannett Co Inc, owner of Newsquest Media Group, which publishes regional and local newspapers, websites and magazines across the UK, including The Press.

YAA will use the £5,340 to buy new oxygen cylinders that are needed on board its two helicopters. The money will pay for six cylinders.

Caroline Myers, grants and trusts officer at the charity, which relies on donations, said: “We are delighted to receive this support from the Gannett Foundation.

“As a charity, we need to fundraise £12,000 each day to keep both helicopters flying as and when needed. This is only achieved thanks to the kind support given by local people, organisations, and trusts and foundations of Yorkshire each year.

“Thank you for awarding this very generous grant, it will undoubtedly help save lives in Yorkshire.”

The YAA’s critical care teams treat, on average, three patients each day and, of these, two will require vital oxygen therapy at the scene of the incidents.

The Riccall Regen Centre, a community centre built, funded and operated by the community, for the community, will use the £2,000 towards its Changing Places project.

It wants to adapt one of its changing rooms at the community centre for the use of older children and adults with disabilities.

Doreen Watson, a trustee of the centre, said: “The project will mean we will be able to make our centre accessible to everyone, not just people with disabilities but their whole families.

“We are delighted the Gannett Foundation is willing to support us.”

The centre holds various events, including meetings, weddings, christenings and parties. Doreen said the Changing Places project will mean people with disabilities will be able to change “with dignity” at the centre.