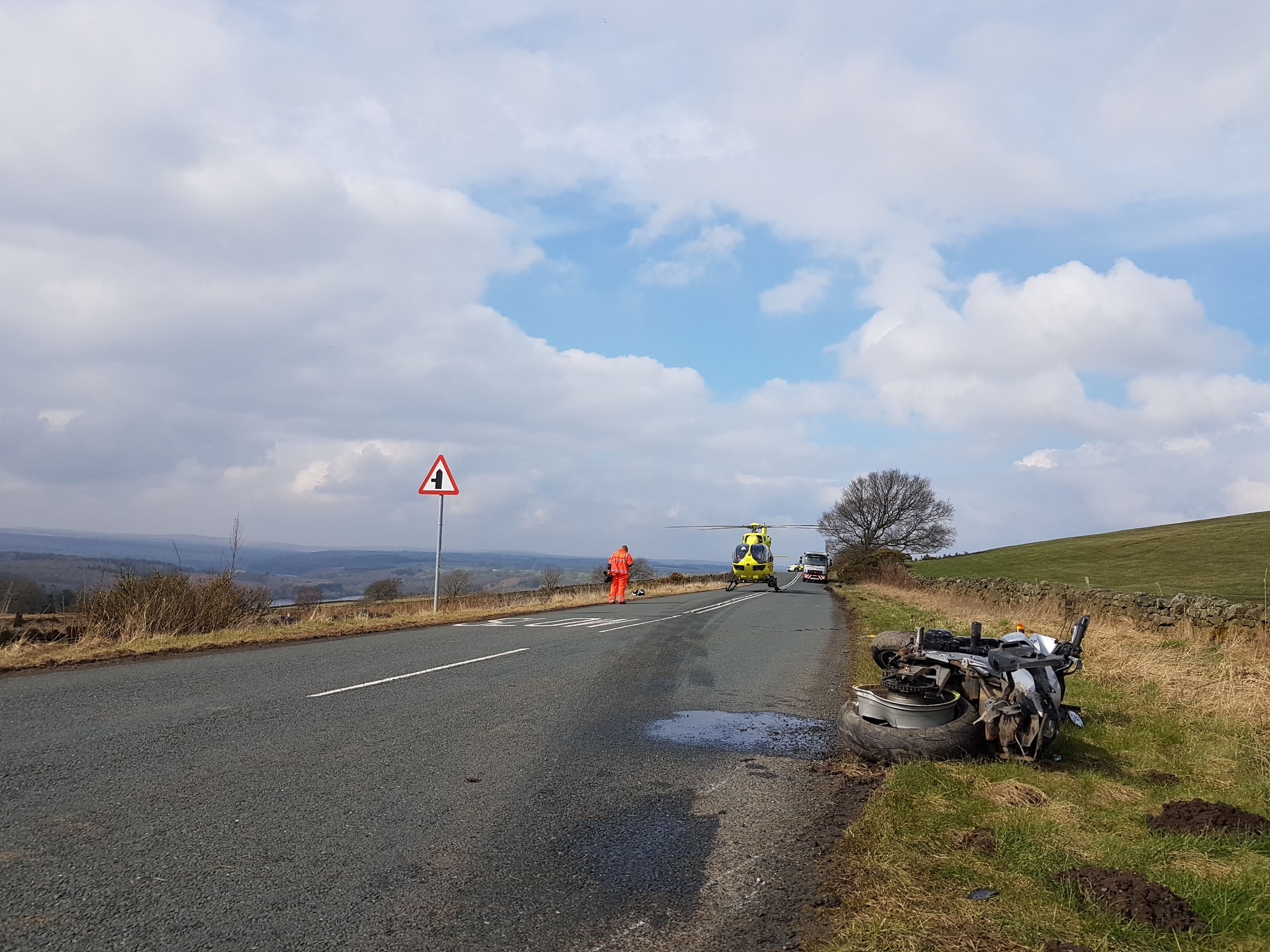 Nick Porthouse, an Engagement Manager at global software consultancy Equal Experts, is joining forces with some of his colleagues to cycle 220 miles from their London office to their Leeds office on 25th and 26th May to raise £12,000 – enough money to fund Yorkshire Air Ambulance for a day.

Yorkshire Air Ambulance came to the rescue of Nick’s stepson Tim Hoskin, 29, after he was involved in a motorcycle accident on the 30th March 2018 in Pateley Bridge.

Tim was flown to Leeds General Infirmary by the Yorkshire Air Ambulance, where it was discovered that he had suffered damage to his liver and kidneys, his lungs were crushed and he had several broken bones including his foot, ribs, thigh bone, pelvis and shoulder. He also suffered from concussion. Doctors prepared his family for the worst, but luckily Tim made a miraculous recovery. While he is still recuperating a year on from his accident, he can now walk unaided and has no lasting cognitive damage.

At Equal Experts, Nick and his colleagues are used to challenging themselves to solve complex business problems. So when Nick suggested embarking on a gruelling 220-mile bike ride to test his stamina and raise money for the charity that saved his stepson’s life, 15 of his work colleagues from all round the UK jumped at the chance to join him and help.

The Yorkshire Air Ambulance is an independent charity which provides life-saving rapid response emergency service 365 days a year to 5 million people across 4 million acres of Yorkshire. It costs £12,000 per day to keep both of Yorkshire’s air ambulances in the air and maintained. This is equivalent to £4.4 million each year.

To follow the team’s journey and make a donation, please visit: https://uk.virginmoneygiving.com/Team/EqualExperts