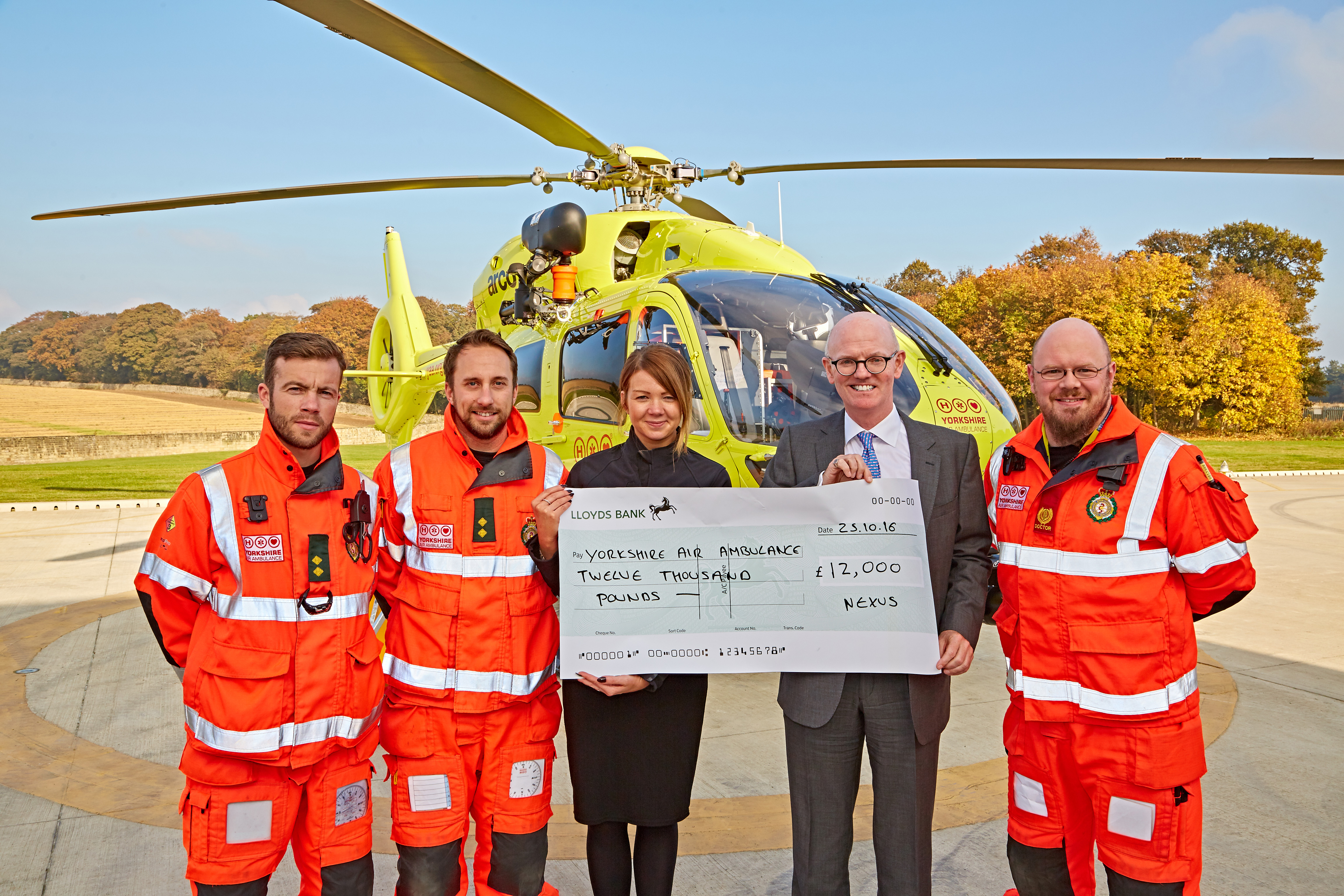 Nexus employees took part in a series of fund-raising challenges including a 160-mile round-trip bike ride from Harrogate to Scarborough and two gruelling expeditions into the Yorkshire Dales to complete the Three Peaks challenge.

Bake sales, raffles and other internal initiatives helped to make up the total.

The partnership with The Yorkshire Air Ambulance began in June 2015 with Nexus setting out its commitment to raise £12,000 for the charity, the amount needed to keep the service operational each day.

David Brennan, CEO at Nexus Vehicle Rental said: “We are incredibly proud of our team’s fund-raising efforts and although we have taken part in some very tough challenges we have also had a lot of fun along the way.

“As a Yorkshire-based business, it’s a pleasure to be able to support The Yorkshire Air Ambulance which provides such a crucial and life-saving service in our region, and is a charity close to the hearts of so many of our staff, customers and partners.”

Kerry Garner, Yorkshire Air Ambulance regional fund-raising manager for West and South Yorkshire added: “Since our partnership with Nexus began in 2015 the staff have been amazingly enthusiastic and have been fully committed to making sure our partnership has been a huge success.

“It has been a pleasure working with such a determined team – it is businesses and groups such as this that enable us to provide Yorkshire with rapid response emergency service, 365 days a year.