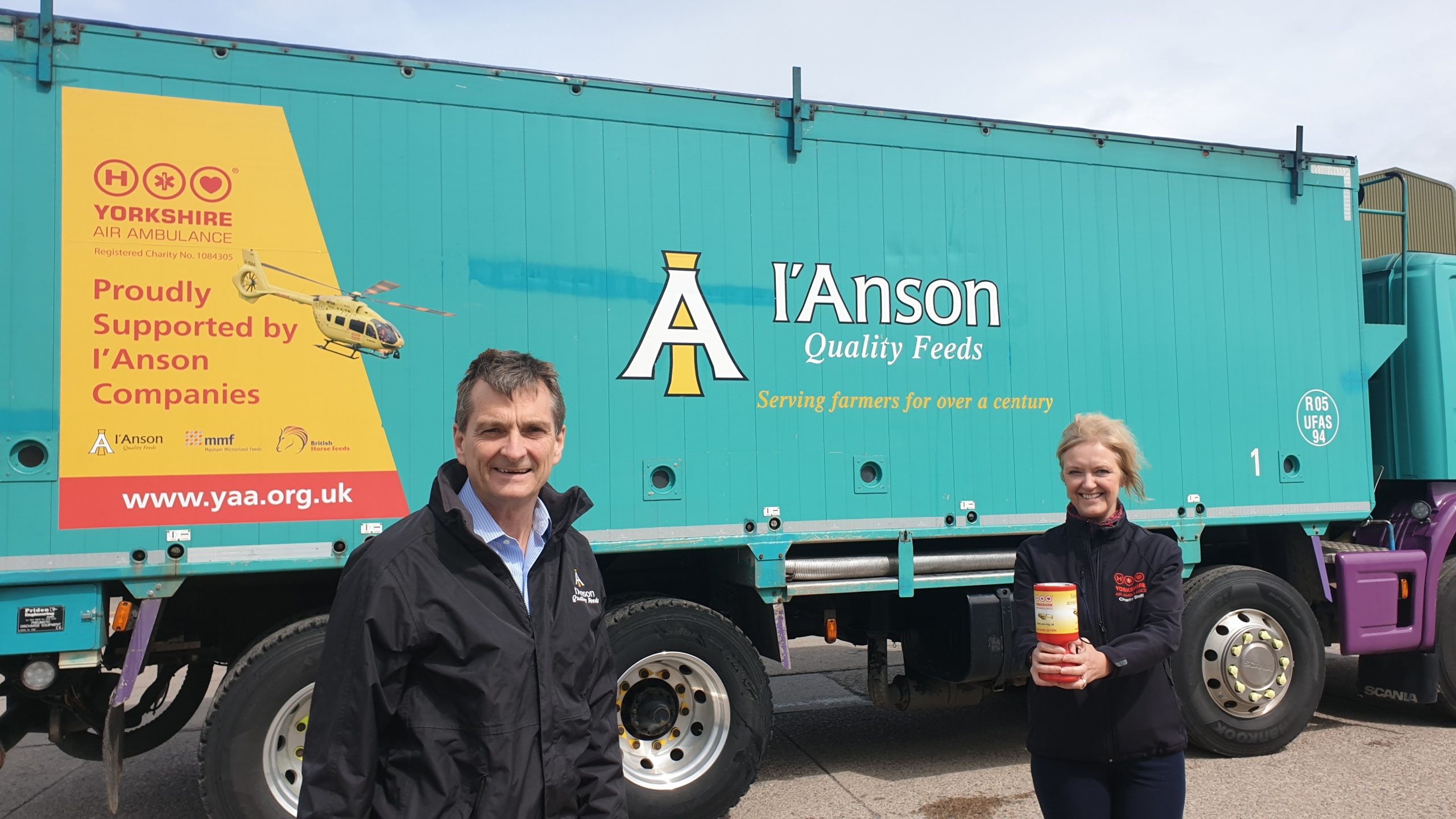 Masham based business, I’Anson Brothers have signed a further three year sponsorship deal with the Yorkshire Air Ambulance, which will bring their support total to over £100,000.

I’Anson Brothers Ltd is one of the UK’s leading manufacturers of animal feed based in Yorkshire. They are a family run business, and have been serving farmers nationwide since 1900.

The company has also raised money through renting out their distribution yard to television production crews and the Tour de Yorkshire, and by taking part in various funding raising activities, such as the Great North Run and Total Warrior.

Their extensive fundraising led I’Ansons to win one of the Yorkshire Air Ambulance Corporate Supporter Awards in 2018 at the charity’s Annual Recognition Awards and their logo features on both YAA aircraft.

Katie Collinson, Corporate and Partnerships Manager for the Yorkshire Air Ambulance, said: “The support we receive from local businesses are the lifeblood of our charity and we would like to take this opportunity to thank I’Ansons for their continuous support and generosity.

The support they have provided has helped greatly towards the vital funding of our service and will help us continue saving lives across the region, particularly in rural North Yorkshire where journey times to hospital are longer, and our service is so very vital to the farming communities which we serve.”

Chris I’Anson, Managing Director of I’Anson Bros Ltd, said: “We are a rural business based in the heart of the Dales supplying customers across the North of England. These can often be remote areas with testing terrain and difficult access. When accidents happen the speed of getting casualties to hospital can be critical in determining the outcome so the service the YAA provides is vital to the entire rural community. We are delighted to be able to help it to continue to do so.”

The Yorkshire Air Ambulance provides a life-saving rapid response emergency service 365 days a year to 5 million people across 4 million acres of Yorkshire. They need to raise £12,000 a day to keep both of Yorkshire’s air ambulances in the air and maintained.