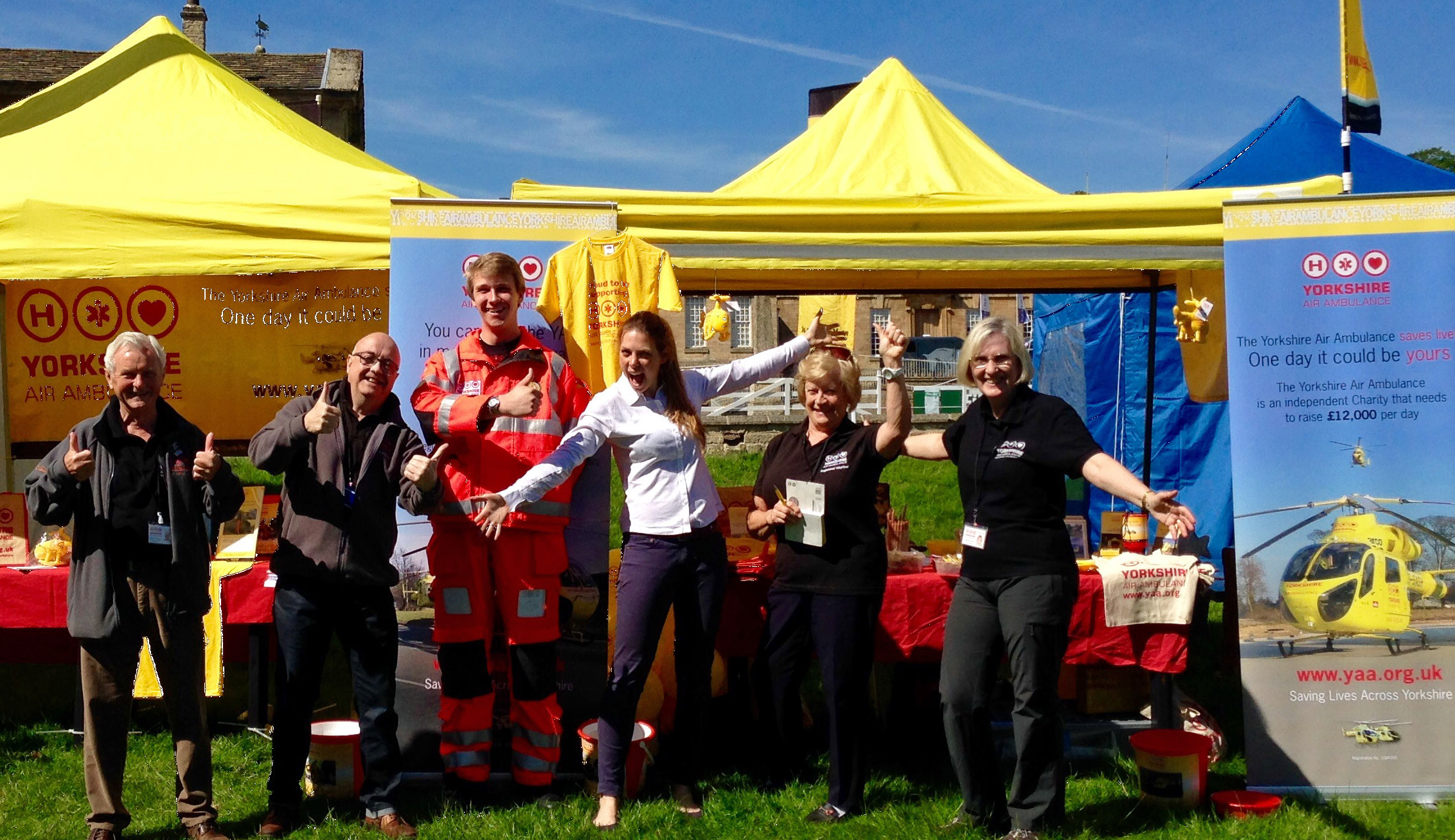 The rapid response emergency service was the chosen charity partner for this year’s event that took place over four action-packed days in June.

A total of £2,865 was raised on the Yorkshire Air Ambulance stall and through a raffle, games and collections. Advertising across Bramham Park and in the event programme also helped to raise awareness about the work of the charity.

Kerry Garner, West and South Yorkshire Regional Fundraiser, said: “We are very grateful to the Equi-Trek Bramham International Horse Trials for choosing us as charity partner and we had a fantastic four days.

“Horse riding is such a popular past-time and sport across Yorkshire and the horse riding community is a great supporter of the air ambulance charity. We attend incidents virtually every week where someone has fallen from a horse, often in quite inaccessible places.”

Yorkshire Air Ambulance has two aircraft that fly from air bases at RAF Topcliffe, near Thirsk, and Nostell Priory, near Wakefield.

The independent charity attends over 1,000 missions a year and needs to raise £12,000 every single day to keep its two helicopters in the air – equivalent to £4.4 million a year.

Event Director Nicholas Pritchard said; “We’re delighted to hear that Yorkshire Air Ambulance had such a great response during the event.  It was a pleasure to get behind such a worthy cause and I’m sure many of the visitors have, or know someone who has, benefitted from their work.   The team at Bramham can only say ‘keep up the good work!’ and we hope their future fundraising continues to be successful.”