Heart attack sufferer from Pickering to appear on Helicopter ER 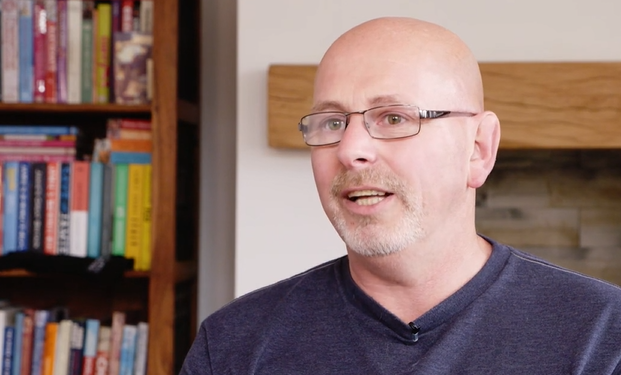 A man from Pickering with a heart condition that has required the air ambulance to respond to him three times is set to share his story on Helicopter ER this week.

In March 2021, Clive Ainley from Pickering, East Yorkshire, was at home when he began feeling clammy and experiencing chest pains. Clive recognised the symptoms as a heart attack after experiencing one only a few years before.

Earlier that day Clive had been at York hospital having a check-up where they carried out an ECG to look for any abnormalities of his heart and everything appeared to be normal. He did not expect to be calling the emergency services later that evening.

Speaking of when he first noticed his symptoms Clive said: “You’re in denial because it can’t be happening again, and you think straight away what it could be. It wasn’t until I sat down and started having difficulty breathing and shortness of breath that I knew it was a heart attack. “

Tests at the hospital revealed that the stent fitted after Clive’s first attack had become blocked, and he was given an implantable defibrillator to monitor and restart his heart if necessary.

Clive was always a very active man and at 51, is under the average age to have heart attacks. The YAA since attended to him again, when his ICD went off as his heart kept going in and out of rhythm, but thankfully has remained stable since and has now been referred to specialists at Newcastle Hospital to be added to the heart transplant list.

“I cannot thank Yorkshire Air Ambulance enough for all their help, the work that they do is second to none”, said Clive.

Clive’s incident will be broadcast on Yorkshire Air Ambulance reality television show, Helicopter ER, on Tuesday 7th December at 10 pm on Channel Really. The episode also features a rock face fall in North Yorkshire and a bike incident at the Humber estuary.