Harrogate based junior soldiers raise £775 for YAA from Nidderdale Walk 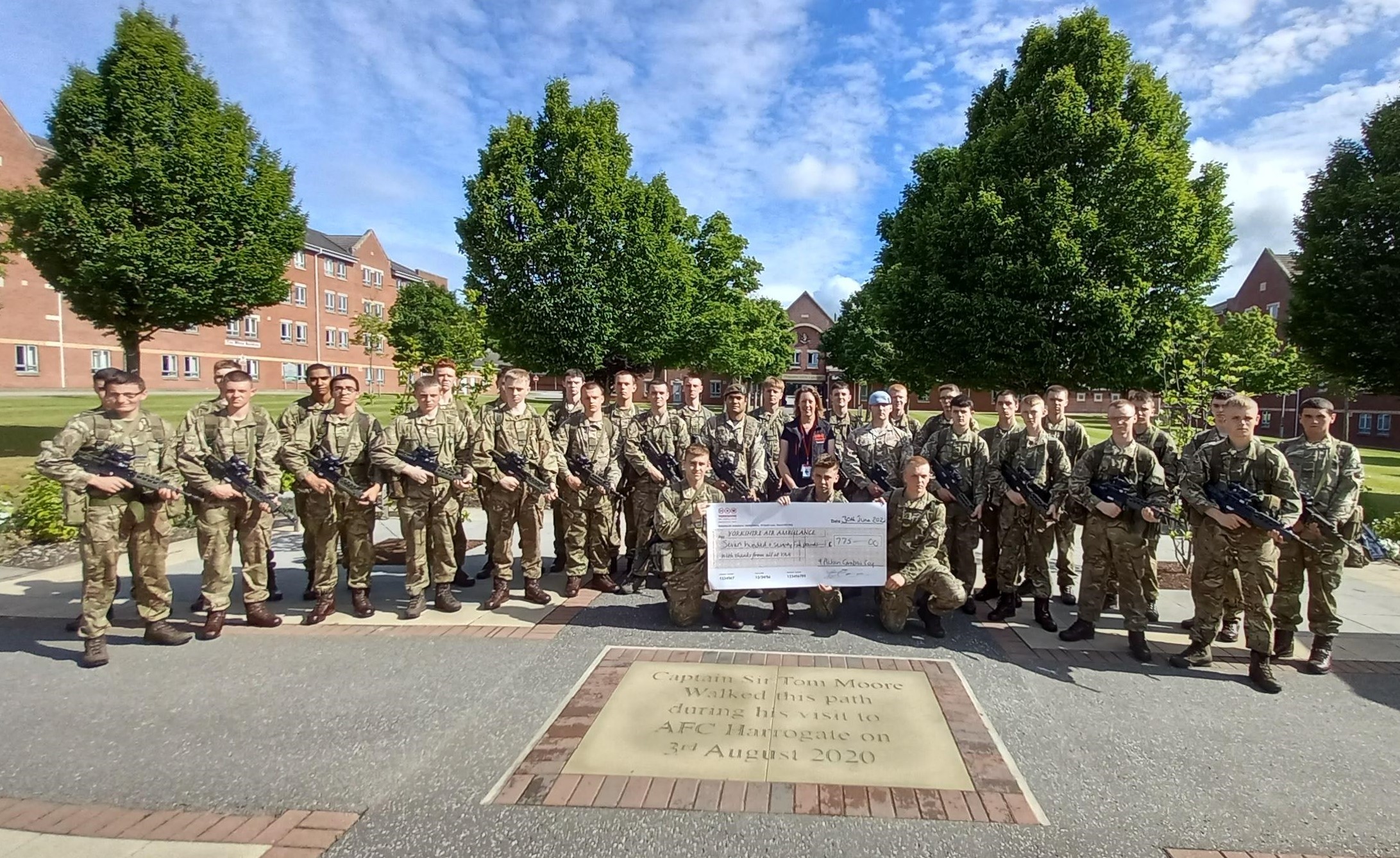 A group of junior soldiers from 9 Platoon Cambrai Company have raised an impressive £775 participating in the Nidderdale Walk at the beginning of May.

The soldiers who belong to the Army Foundation College in Harrogate, are the only junior training establishment in the British Army. The college provides basic military training and helps develop leadership skills for under 19s.

The Nidderdale Walk, organised by Harrogate Rotary Club, took place on Sunday 8th May and began in Pateley Bridge with routes taking walkers into upper Nidderdale. The walk celebrated its 28th anniversary this year and has raised over £920,000 for local charities since its inception.

Ann Percival, President of Harrogate Rotary Club, said she was delighted AFC Harrogate could join in and support the annual walk that had helped many local charities over the years.

“It was a pleasure to welcome the junior soldiers to the event and they were an absolute credit. We hope to see them again next year.”

Tessa Klemz, North Yorkshire Regional Fundraiser for Yorkshire Air Ambulance, said: “We would like to thank the 9 Platoon Cambrai Company for taking part in the Nidderdale walk and raising an incredible £775 for the YAA. It costs £12,000 a day to keep both of Yorkshire’s air ambulances maintained and in the air and the money raised will help greatly towards our vital funding.

We would also like to thank Harrogate Rotary Club for organising the event which benefits so many local charities and congratulate them on their 28th anniversary. We are very grateful for your support.”