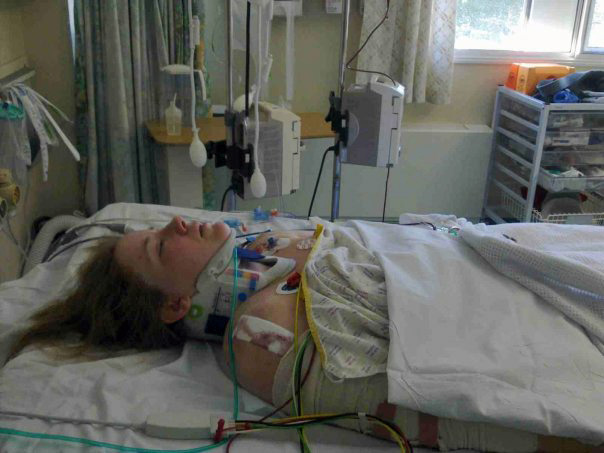 Carrie Cheeseman is getting ready to wear her wedding dress again – six years after a horrific accident forced her to cancel her big day.

Carrie and her two young children were hit by a car near their Morley home in November 2009 – just a fortnight before she was due to marry.

She suffered horrific, multiple injuries and was air lifted to hospital by the Yorkshire Air Ambulance, spending a month in Leeds General Infirmary and many more painful months recovering at home.

In what was a traumatic year, the air ambulance was also called out to her husband-to-be Stephen who came off his bike while training for a triathlon.

The couple finally walked down the aisle at the Marriott Hotel, Leeds, in August, 2010.  Carrie will be back there in her wedding dress later this year for a wedding-themed fund raising ball for the rapid response emergency charity that helped save her life.

“I wanted to do something as it’s coming up to five years after we married. It’s going to be a fantastic evening and I hope we can raise a lot of money for the Yorkshire Air Ambulance,” said 41 year-old Carrie.

“I wanted to hold a ball and my friend, who believe it or not actually hoovers in her wedding dress, suggested the wedding theme.

“So many people just wear their dress once and then it’s bagged up and put away. I’m going to wear my wedding dress – even if it has to be taken out a bit – and hopefully a lot of other women coming to the ball will do the same.”

Carrie was lucky to survive the horrific road accident breaking her neck, back, pelvis, several ribs, both legs, right shoulder blade and her right arm. She also suffered a punctured lung and serious knee ligament damage.

Carrie’s son Maxwell, now 8, received a blow to the head and then nine-month-old Scarlett suffered broken ribs, pelvis and a lacerated liver.

Since then grateful Carrie, Stephen, and her Mum Carol Bradbury from Penistone have been active volunteers and fund raisers for the Yorkshire Air Ambulance.

“The air ambulance is something that you just don’t think you will ever need but it is there for everyone,” said Carrie from Topcliffe Court, Morley.

The fund raising ball is being held at the Marriott Hotel, Leeds, on Saturday October 10. The £45 tickets include a three-course meal, welcome drink, DJ and band, casino, raffle and auction.

Yorkshire Air Ambulance needs to raise £9,990 every day to keep its two helicopters in the air –  equivalent to £3.6 million a year.