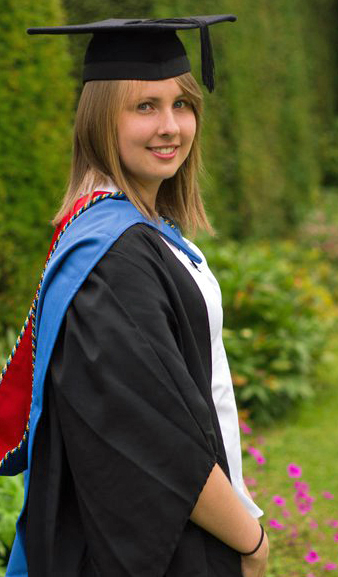 Julie Homar from Bessacar, Doncaster, was driving back from a week in Whitby with her boyfriend when the accident happened in January 2012.

The Yorkshire Air Ambulance airlifted the 24 year-old to hospital but despite the efforts of paramedics she later died from her injuries.

Julie’s heartbroken family have held two walks in her memory and are appealing for as many people as possible to take part in the ‘Walk For Julie’ on Sunday, April 26, at Lakeside.

All money raised will be split between the Yorkshire Air Ambulance and St Francis Church, Bessacarr.

Mark Perry, Fundraiser for the Yorkshire Air Ambulance said: “Julie’s family are a real inspiration to everyone and should be proud of everything they have done in Julie’s memory.  We would like to encourage as many people as possible to get involved in this walk and wish everyone the best of luck on the day.”

The event is being supported by Doncaster hero, Lance Bombardier Ben Parkinson, who lost both legs in a landmine blast while serving in Afghanistan.

The former soldier went to the same school as Julie and is hoping to join family, friends and supporters at the start of the three-mile walk.

Julie graduated just six months before the crash and was enjoying her first teaching job at Mexborough Montagu Primary School.

Her cousin Matt Kerley said: “Julie was a keen charity fundraiser herself, dedicating five years of her life taking part in charity fundraising challenges including a visit to Gambia to help disadvantaged children.

“She loved walking the dogs around Lakeside and we wanted to raise money for the Yorkshire Air Ambulance to thank them for all they did that day to try and save Julie.”

The walk starts at 2pm at Lakeside and everyone is welcome. If you would like to donate money go to the Walk For Julie JustGiving page https://www.justgiving.com/walk4julie/

The Yorkshire Air Ambulance is a rapid response emergency charity providing a life saving service to five million people across the county.