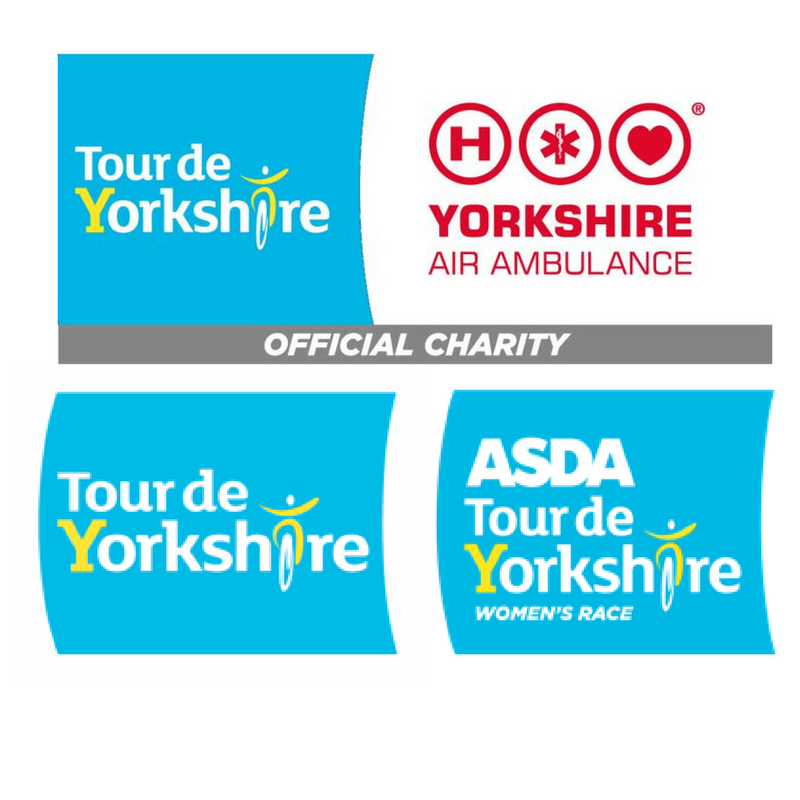 The fourth edition of the route has been expanded from three to four stages and will take place between 3-6 May 2018. It encompasses all four corners of the county and takes in 169 villages, towns and cities along the way:

STAGE ONE: 182km – ARTS AND CULTURE – BEVERLEY TO DONCASTER Thursday 3 May

The race gets going in Beverley’s historic market place before proceeding to the seaside resort of Hornsea. The peloton will then tackle a 16km loop before heading back through Beverley and into the Yorkshire Wolds. The first classified climb at Baggaby Hill will get the legs pumping before a brisk descent into Pocklington for the opening intermediate sprint. After passing through Holme-on-Spalding Moor the pace will gradually ramp up again for a second sprint in Howden and then it’s full steam into Doncaster on the newly opened Great Yorkshire Way. The riders will sweep past the world-famous Racecourse before a flat-out finish along South Parade.

The peloton will start outside Barnsley’s impressive Town Hall and head towards Penistone. The route ventures into Worsbrough and the first mountains classification points are up for grabs at Blacker Hill. With those in the bag the race will pass though Elsecar before an intermediate sprint is contested in Swinton. Conisbrough Castle provides a stunning backdrop before the riders continue north for a second intermediate sprint in Scholes, and Harewood House also makes an appearance prior to the classified Côte de Old Pool Bank climb. The route will then pass through Otley and Ilkley before reaching the race’s first-ever summit finish on the Cow and Calf. In an added twist, King of the Mountains points will also be on offer right before the stage winner is crowned on top of this iconic Yorkshire climb.

The riders will roll out of Richmond’s cobbled market place and head to Catterick Garrison before the start flag is lowered. They’ll then traverse Wensleydale and continue in an easterly direction at Leyburn, on to Morton on Swale where the first intermediate sprint will be fought out. Northallerton and Thirsk will then provide warm welcomes, and no sooner have the riders crossed into the North York Moors than they’ll be faced with the fearsome Sutton Bank climb. The first contenders over the top there will be rewarded with points in the mountains classification. The action then passes through Helmsley and on to Pickering for a second intermediate sprint. The climbers will be looking to come to the fore again on the Côte de Silpho before the race breezes into Scarborough for the first time. Hugging the east coast, the peloton will continue on to Filey and sample its picturesque seafront before heading inland and back towards Scarborough. The frontrunners will sweep along South Bay, around the castle walls, and onto the now-legendary finish along North Bay.

The Piece Hall in Halifax provides a spectacular location for the start of this decisive stage and the first of six categorised climbs comes on the Côte de Hebden Bridge. The race will head up the cobbled Main Street in Haworth before dropping into Goose Eye for the next punishing ascent. Crossing from Brontë Country into Craven, the route heads through Skipton and the next climb is looming on Barden Moor. The action will then head into the Dales before the riders contest the first intermediate sprint in view of Kilnsey Crag. The Côte de Park Rash will no-doubt cement its place in Tour de Yorkshire folklore as the peloton grind their way up it, and the route continues on to Masham and then into Nidderdale before making a return to the formidable Côte de Greenhow Hill for the first time since 2016. The undulating terrain never relents and shortly after passing through Otley the next categorised climb is on the cards at Otley Chevin. If that wasn’t enough, the Côte de Black Hill Road must also be crested before the race sweeps into Leeds and reaches a rip-roaring conclusion on The Headrow – on exactly the same spot as where the Tour de France started in 2014.

Full stage maps can be downloaded at https://yorkshire.app.box.com/v/TDY2018PressPack and photographs from the press conference will also be made available for download there in due course.

Sir Gary Verity said: “It was a proud moment unveiling the full route today. We’ve worked hard to design a dramatic and varied parcours which takes in some of our county’s most spectacular terrain. I’m sure the world’s best riders will relish the challenge it poses and we’ll be treated to a tremendous fourth edition.

“Last year’s race attracted 2.2 million spectators and generated £64 million for the local economy, and now that is has been extended from three to four days, the 2018 Tour de Yorkshire promises to be the biggest and best one yet.”

Christian Prudhomme said: “Gary and his team have done a fantastic job and I am excited by what next year’s route has in store. I enjoy coming to Yorkshire and the county always puts on a tremendous show.

“Seeing the race finish on The Headrow in Leeds will be particularly special and bring back a lot of happy memories from when the Tour de France started there in 2014. I still regard that as one of our grandest Grand Départs and I’m sure we’ll be in for another memorable day. The way Yorkshire supports cycling is incredible I look forward to seeing more bikes, banners and bunting in 2018.”

Julie Harrington, Chief Executive of British Cycling, said: “Next year’s Tour de Yorkshire is shaping up to be the best yet and British Cycling is proud to support Welcome to Yorkshire and ASO as they seek to inspire people across the county to get active by getting on their bikes.

“Britain’s appetite for seeing world-class cycle sport has never been healthier and the people of Yorkshire can make a strong claim to be among the country’s biggest bike lovers.”

Following its phenomenal success over the last three years, the Asda Tour de Yorkshire Women’s Race will double in size from one day to two in 2018 and take place on 3-4 May. It will once again offer one of the largest prize pots in the sport and a stellar cast of riders will be on hand to compete on Yorkshire roads.

The stages will start each morning and follow the last 132km and 121.5km respectively of the men’s stages which commence later each day.

Sir Gary Verity said: “We are proud of our commitment to promoting women’s cycling and are delighted to see the Asda Tour de Yorkshire Women’s Race doubling in size in 2018. Expanding the race to two days means we can offer our most varied route yet which will challenge the world’s best riders.

“Both stages will feature the same sprints and climbs as the men and the atmosphere on the Cow and Calf for the race’s culmination is sure to be electric.”

It was also revealed that the Maserati Tour de Yorkshire Ride sportive will be back for a fourth successive year in 2018.

Leeds was unveiled as the start and finish location for the event which will be held on Sunday 6 May. 6,000 amateur cyclists will have the chance to ride some of the county’s most iconic roads just hours before the Tour de Yorkshire reaches its conclusion.

Sir Gary Verity said: “One of the things I most enjoy about cycling is that you can ride the same roads as the pros, and what better way to do so than with top-class support and thousands of other cyclists joining you along the way. The three routes on offer will be suitable for all abilities and anyone taking part is sure to have an amazing experience.”

Nick Rusling, CEO of the sportive organisers Human Race, said: “The sportive riders will get to cycle on the same day, same roads, with the same crowds and finish line, as the pros – in Yorkshire. What could be better? The last time we came to Leeds entry places sold out within a week and we can’t wait to come back. We will be there to give everyone a medal at the end.”

Full route details for the sportive will be announced when general entries open on Tuesday 9 January. Those keen to guarantee a place before then can sign up now and opt to fundraise for one of eight charities. Find out more at http://letour.yorkshire.com/sportive

The Yorkshire Air Ambulance has also been confirmed as the official charity for the fourth edition of the Tour de Yorkshire.

The news signals the start of a range of fundraising initiatives throughout 2018 which aim to raise awareness of the great work the organisation does to provide a rapid response emergency service to over five million people across Yorkshire.

Sir Gary Verity said: “We are proud to be partnering with Yorkshire Air Ambulance for the 2018 Tour de Yorkshire. They deliver an invaluable service across the county and the race provides a great platform for them to fundraise and raise awareness. We will be supporting them wholeheartedly over the next 12 months.”

Peter Sunderland MBE, DL, Chairman of Yorkshire Air Ambulance, said: “We feel really privileged to have been chosen and look forward to working with Welcome to Yorkshire over the next 12 months.

“The Tour de Yorkshire showcases our wonderful county to a global audience and we are grateful for the opportunity to run many valuable fundraising initiatives alongside the race and raise awareness about our life-saving charity.”

Full details on the Yorkshire Air Ambulance do can be found at http://yorkshireairambulance.org.uk