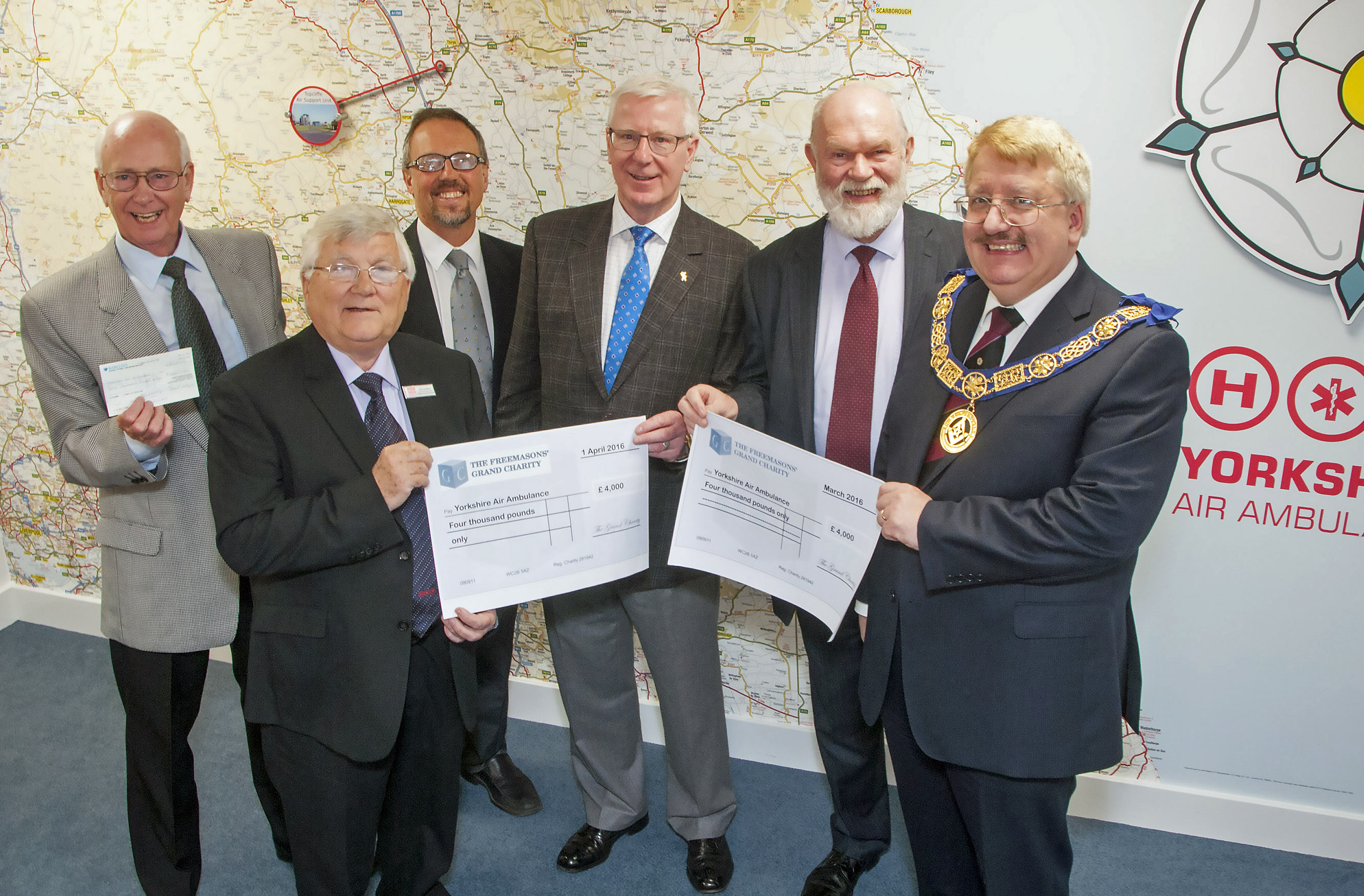 The generosity of Freemasons across the country has provided a further £12,000 boost for Yorkshire Air Ambulance.

The rapid response emergency service received £8,000 from the Freemasons’ Grand Charity, now part of the Masonic Charitable Foundation. This represents £4,000 from the organisation’s two Yorkshire Provinces – West Riding and North and East Ridings.

Bob Smailes, Regional Fundraising Manager from Yorkshire Air Ambulance said: “We are extremely grateful to the Freemasons once again. We have received continuing support from them over many years with almost £300,000 donated locally and nationally.

“We are proud to have the Freemasons’ logo on both our current helicopters and thank them once more for their fantastic support.”

The Freemasons’ Grand Charity has been a regular supporter of Air Ambulance services across the country. Since 2007, nearly £2m has been donated to 22 rapid response emergency services.

Chief Executive Laura Chapman said: “I am very proud to say this is the ninth year the charity has donated thousands of pounds to Air Ambulances and similar services around the country.  Charitable giving is central to Freemasonry and we are delighted to show our support once again.”

Yorkshire Air Ambulance (YAA) is an independent charity providing a life-saving rapid response emergency service to 5 million people across the whole of Yorkshire seven days a week, 365 days a year.

The charity, which needs to raise £12,000 a day, has just ordered state-of-the-art replacements for its two ageing helicopters – G-SASH and G-CEMS – that will take to the skies over Yorkshire later this year and in Spring 2017.

The latest generation Airbus H145 aircraft will give paramedics a much more modern medical fit-out to treat and transport often critically injured patients.