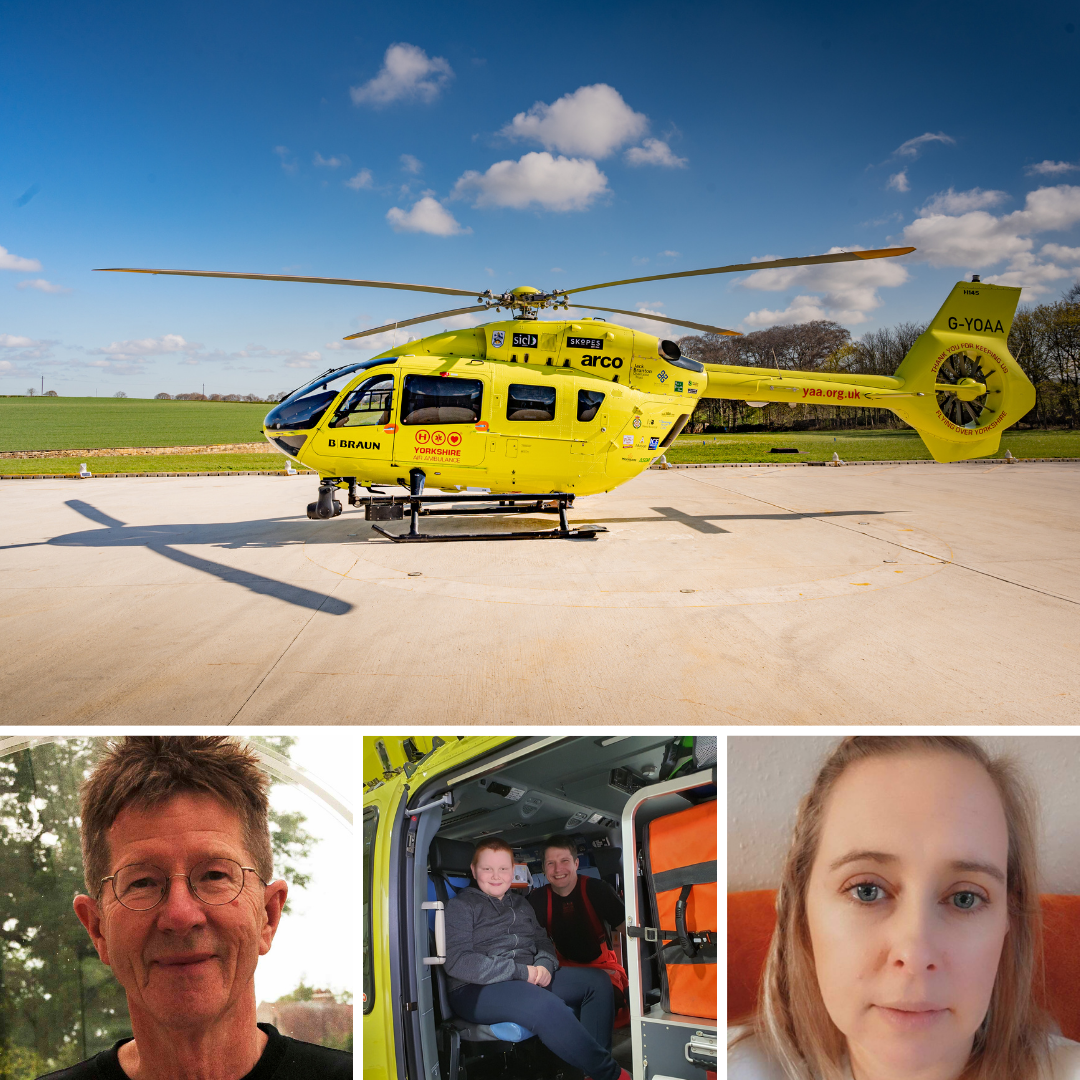 Yorkshire Air Ambulance (YAA) is a life-saving rapid response charity serving 5 million people across 4 million acres of Yorkshire and carries out over 1,300 missions every year. The Charity operates two state-of-the-art Airbus H-145 helicopters and needs to raise £12,000 every day to keep saving lives.

Yellow Yorkshire Day is an annual fundraising event held on the first Friday in July, to raise vital funds for the Charity.  Each year thousands of pounds are raised by people dressing in yellow or organising a yellow themed fundraising event.  This year it will be held on Friday 2nd July.

This year’s Yellow Yorkshire Day theme celebrates the reason why people support the Charity and include messages from former patients to their staff and volunteers who help to raise the £12,000 a day it costs to keep the air ambulances flying across the region.  Patients featuring in this year’s campaign include:

On the 8th August 2019, 10-year-old Charlie from South Yorkshire and his sister, 9-year-old Emma were travelling by car to Pickering station with their grandad, to catch the train over to Whitby for a day out when they were all involved in a serious road traffic collision

Yorkshire Air Ambulance was dispatched with their Critical Care Team onboard, and due to the severity of Charlie’s injuries, he was flown directly to the major trauma unit at Leeds General Infirmary.  Tests revealed that Charlie had sustained some very severe injuries, including losing 40cm of his bowel as well as skin tissue loss. Charlie spent 8 and a half weeks in hospital and endured 11 surgeries in total, including a tummy tuck and reconstructive surgery to build a new belly button.

Nick Gobedhere, Charlie’s dad, said: “The reason why I support The Yorkshire Air Ambulance is that they are a truly remarkable service funded purely by charitable donations, without them my son may not be here anymore, they saved his life. Thank you for everything you do.”

On 4th September 2020, Algy from North Yorkshire was cycling in Nidderdale, North Yorkshire when his bike wheel skidded on an oil slick in the middle of the road and his body was thrown on to a grass verge. Algy was flown to Harrogate Hospital, where tests revealed that he had fractured his femur.

Algy, said: “Thank you Yorkshire Air Ambulance for assisting me last year when I had a cycling incident and broke my leg and thank you for getting me to hospital on time. Also, thank you for the fantastic advice you told me about always wearing a cycling helmet. You do a fantastic job.”

Charlotte from Helmsley began suffering from idiopathic anaphylaxis (severe, spontaneous allergic reactions) after being stung by a wasp in 2017. Her condition hugely impacts her life as the cause of her allergies is unknown and everyday items can trigger a life-threatening reaction, causing chronic spontaneous hives, rapid swelling, and anaphylaxis, narrowing of her airways causing breathing difficulties, asthma and vocal cord dysfunction.

In July 2020, Charlotte had one of the anaphylactic episodes and was flown to hospital by Yorkshire Air Ambulance.

“I support Yorkshire Air Ambulance because they are my angels in the sky”, said Charlotte.