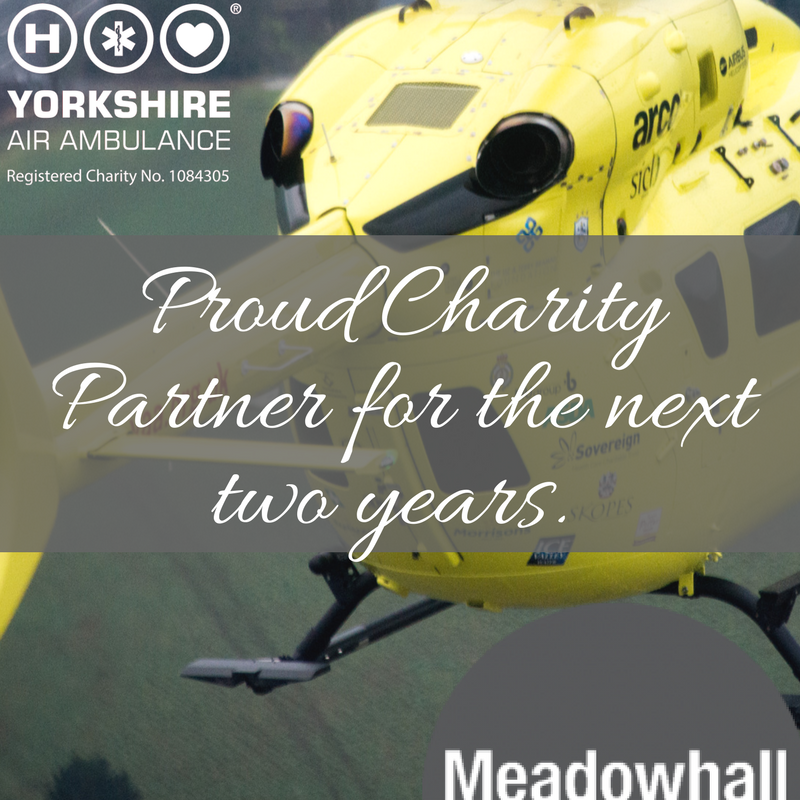 The life-saving charity maintains and operates two helicopters with full medical crews covering the whole of Yorkshire. It replaces Bluebell Wood Children’s Hospice which raised a staggering £128,000 during its two-year partnership with the Centre.â€‹

To mark the start of the new fund-raising relationship, one of YAA’s Air Ambulances will be flying into Meadowhall on Wednesday, January 24th. The helicopter* is due to land on the Upper Red car park at 10 am and will be greeted by Meadowhall staff and retailers, as well as local schoolchildren from the nearby Tinsley Meadows Primary School. YAA Chairman Peter Sunderland will also be attending.

Meadowhall Centre Director Darren Pearce said: “It is always a very difficult decision choosing a new Charity of the Year, but the Yorkshire Air Ambulance does a fantastic job of saving lives across the region and need to raise £12,000 every single day to maintain and keep their helicopters in the air.”

Last year 1543 people were assisted across the county – an area covering 11,900km and a population of over 5.2million. Since the first YAA helicopter was launched in October 2000, 7,467 patients have been rescued thanks to their highly skilled crews and their two Airbus H145 helicopters which operate seven days per week, 365 days per year.

Darren added: “It has been a fantastic two years working with Bluebell Wood Children’s Hospice and there have been some great initiatives to look back on, such as The SuperCar experiences and the more recent Kate Rusby Charity Christmas CD. We are now looking forward to many new fund-raising initiatives with YAA who have some fantastic ideas and plans for the next two years.”

Garry Wilkinson, Director of Fundraising from Yorkshire Air Ambulance, said: “We are absolutely ecstatic to have been chosen at Meadowhall’s Charity partner for the next two years.  We already have lots of plans a foot for exciting fundraising initiatives and are looking forward to working with and further engaging with the people of South Yorkshire and the visitors to Meadowhall.  As an independent Charity, partnerships such as this with Meadowhall are vitally important to the YAA and we are very much looking forward to working with their team and maximising the opportunity given to us.”