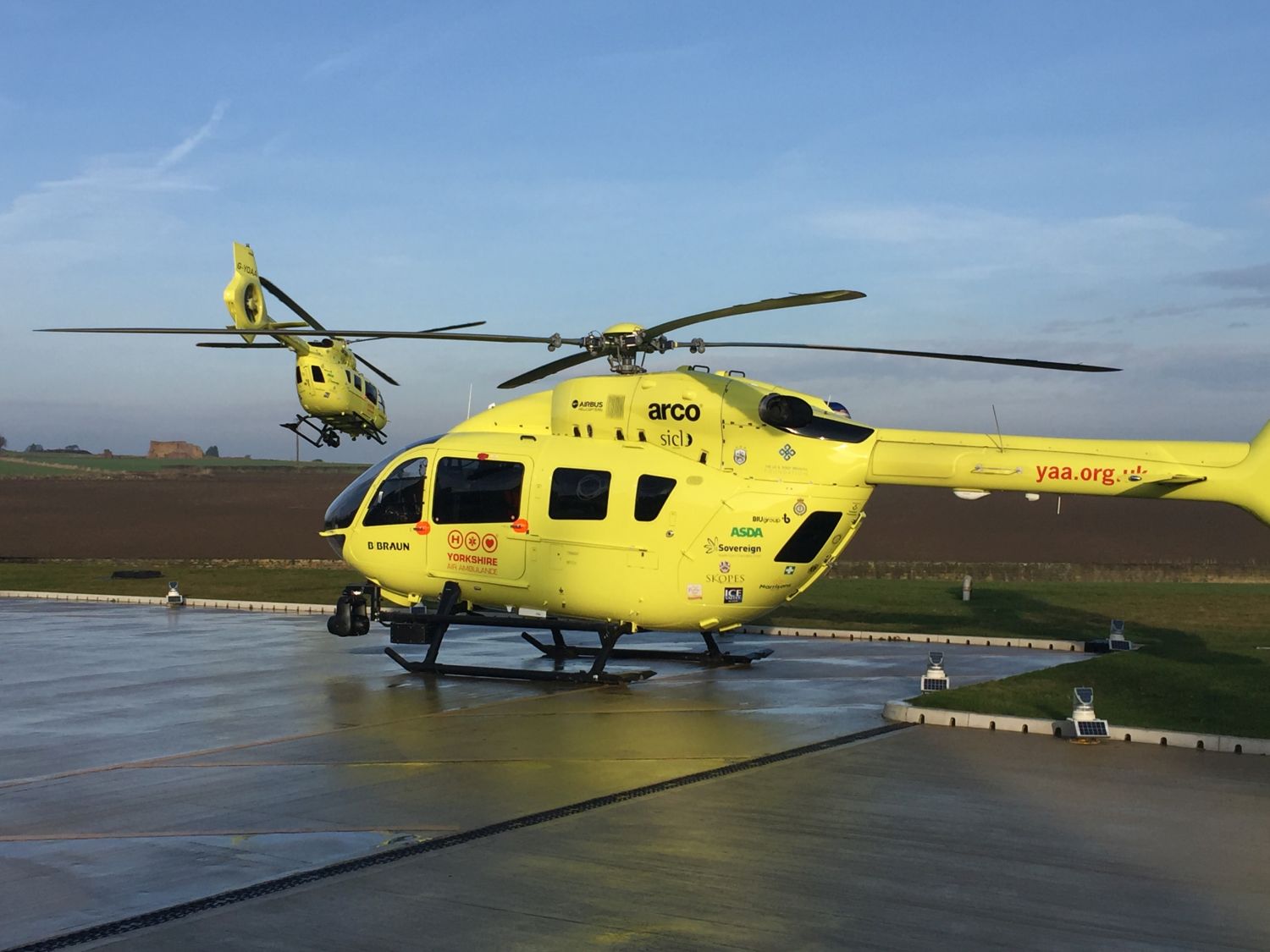 YORKSHIRE Air Ambulance will be flying high and staying airborne thanks to the generosity of one of the world’s leading manufacturers of working at height equipment.

Planet Platforms, Wakefield Bondholders 150th member, has pledged to sponsor the life saving two helicopter operation as it celebrates 40 years in business and its team is pledging a series of fund raising activities on behalf of the YAA.

The Wakefield head quartered business is already a key maintenance provider for YAA but to celebrate its own landmark wanted to give something back to the community it serves.  The sponsorship will guarantee YAA’s maintenance costs for at least a year.

Planet Platforms makes bespoke working at height solutions and off the shelf scaffolding for major aviation, defence, rail, offshore and construction companies around the world and wanted to mark its anniversary reflecting its core values.

“Yorkshire Air Ambulance ethos of protecting those in danger resonated with our founding principals,” said Peter Pemberton, MD.  “Planet Platforms has worked with Air, Sea and Rescue and the YAA for many years so it seemed logical to support them in our anniversary year.

“YAA is an independent charity operating two helicopters out of Nostell Priory in Wakefield and North Yorkshire.  Being on our doorstep they were an obvious choice for our anniversary year charity.

“It costs £4.4m each year to keep both aircraft flying and provide the valuable service the public relies on.  We have already planned a series of fund raisers throughout the year in addition to the sponsorship and would urge every one to support them.”

Donations can be made at www.yorkshireairambulance.co.uk/donate