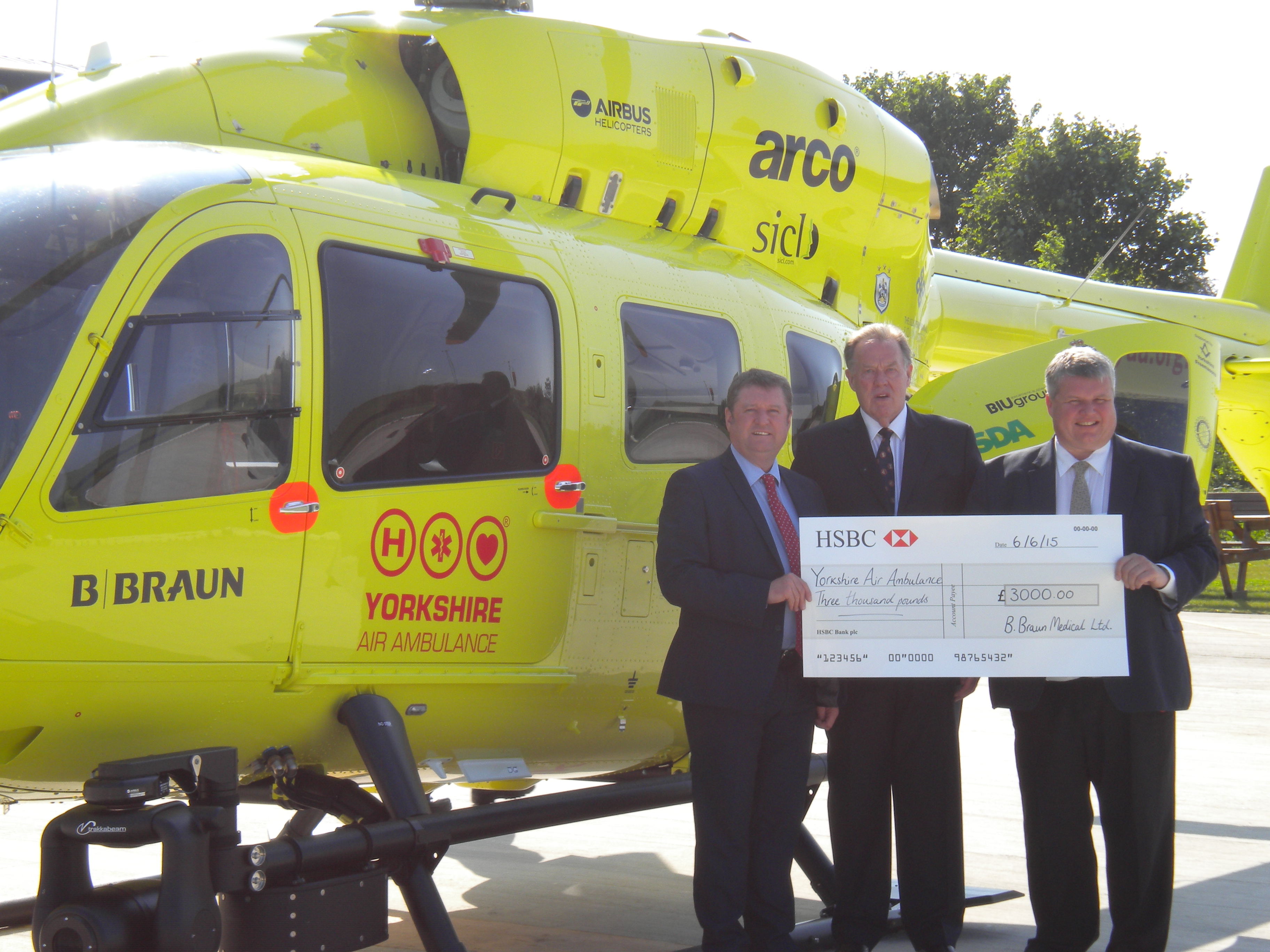 A leading healthcare company has enhanced its ‘amazing support’ for the Yorkshire Air Ambulance with a £3,000 donation to the charity.

Each year B. Braun Chief Executive and Chairman Hans Hux selects a department or team at the medical company to receive the annual award, with team members then donating the money to a charity or charities of their choice. This year the winning team chose to donate it to the Yorkshire Air Ambulance.

Brian Chapman, General Manager at B. Braun Medical Ltd, said: “Despite being a vital, life-saving service for the people of this region, Yorkshire Air Ambulance relies on the generosity of individuals and organisations to continue its superb work and so we are very proud to have a long history of supporting the charity.

“Last year we agreed to continue as a sponsor until 2020, after more than a decade of support already, and our firm also previously raised more than £9,000 during a special fundraising appeal for the YAA to mark B. Braun Medical Ltd’s 175th anniversary.

“These are all company-wide initiatives so it is very pleasing for me to hear that, when the choice was handed over to my team, they also wished to underline our ongoing support for such a worthwhile cause as the YAA.”

Paul Gowland, YAA’s Director of Fundraising, added: “B. Braun are our longest standing supporter and they continue to amaze and overwhelm us with their continued support.

“This most recent donation is just one of many we’ve had from B. Braun over the years, but what makes this extra special is that the staff themselves voted for the money to be donated to us, so we would like to thank them sincerely for choosing to do so.”

The donation from B. Braun comes after the YAA unveiled the first of two new helicopters. The new H145 Airbus, which costs just under £6m, contains new bluetooth technology which monitors patients and cuts down hospital admittance time.

The charity is also introducing a new dedicated critical care team involving doctors drawn from hospitals including Sheffield and Rotherham.

Based in Chapeltown, Sheffield, B. Braun Medical Ltd is a member of the B. Braun Group, one of the world’s leading healthcare companies.