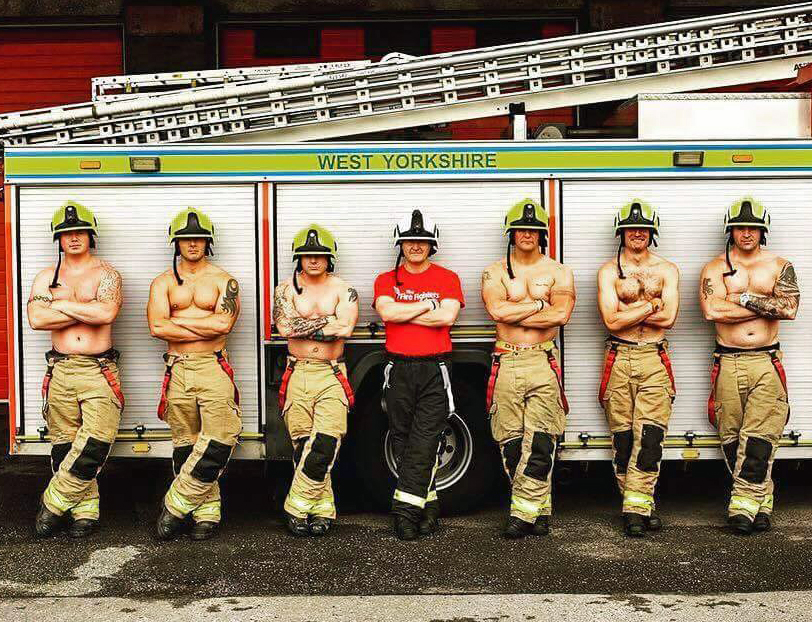 Hunky firemen from across West Yorkshire have proved to be red hot fundraisers for Yorkshire Air Ambulance.

Over the last 12 years, firefighters from across the region have featured in the ‘Red Hot Dates’  calendar which has so far raised more than £100,000 for a range of charities.

“I can’t believe how popular the calendar is now,” said Dominic, who is based in Calderdale. “Although most of the interest is in the UK we have sales throughout the world, especially in Australia, Canada, Scandinavia and Europe.

“We have a huge following on social media. One photo we put up on Facebook a couple of weeks ago got 20,000 views. It has just been amazing.

“We support mainly local charities and have donated proceeds several times to Yorkshire Air Ambulance over the years. We work very closely with them, both at incidents and with their fundraisers, and know the brilliant work that they do.”

YAA West Yorkshire Regional Fundraising Manager Kerry Garner said: “We have received fantastic support from the Fire Service over the last 12 years.  They have raised a phenomenal amount of money which is vital to the Charity.

“It is so important for the emergency services to work in partnership and this just shows what a fantastic relationship we have, working together to save lives.

“The calendar has gone from strength to strength and we cannot thank the Fire Fighters enough and wish them all the best for the 2017 edition!”

Dominic and his team are just putting the finishing touches to the 2017 version of the Red Hot Dates calendar which will, for the first time, be interactive. Scrolling a free App over each image will generate a fire safety message from each firefighter featured.