↓ Skip to Main Content
Home / News / Final countdown begins as the new YAA helicopter prepares to take to the skies of Yorkshire.

Final countdown begins as the new YAA helicopter prepares to take to the skies of Yorkshire. 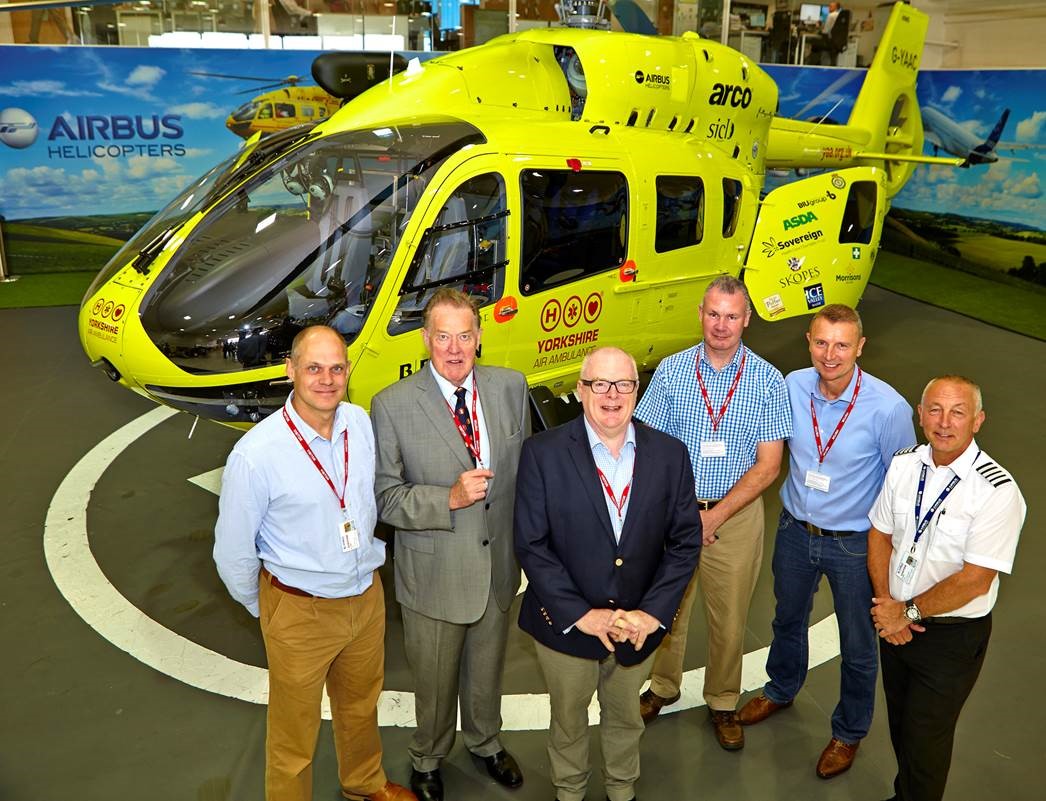 The final countdown has begun at the Yorkshire Air Ambulance as they look forward to welcoming their new Airbus H145 helicopter in to operations next month.

The rapid response emergency service Charity unveiled the new helicopter back in June, and now after having its medical fit completed, the team have entered into the final stages of training before operations can commence at the beginning of September.

Peter Sunderland, Chairman commented “This is such an exciting time, not only for the Charity, but we hope for the people of Yorkshire too.  We have been building up to this for such a long time now, and to think we are only a few short weeks away from commencing operations in the H145 is just fantastic.”

The new H145 helicopter G-YAAC is expected to commence operations from the Charity’s flagship base on the Nostell Estate near Wakefield over the first weekend in September.  It will then be joined by a second H145, G-YOAA, which is now expected before Christmas and will be based at the YAA’s other Airbase at RAF Topcliffe near Thirsk.  The two new state of the art helicopters will replace the YAA’s current aging fleet of MD902 Explorers.  These are expected to be sold to aid the cost of purchasing the new H145’s.

Mr Sunderland continues “We were delighted to accept G-YAAC from Airbus Helicopter UK at their based in Oxford on 1st August.  It was the first time we had seen the helicopter fully complete with its medical fit, and words cannot describe what an overwhelming day it was for all of us.  As a Charity we have been working towards this day for so long.  Many years of careful planning, researching, saving and budgeting have gone in to the process to ensure we have chosen the correct helicopter type for the people of Yorkshire, and there is absolutely no doubt in my mind that we have definitely chosen the right one.”

The new aircraft – each costing around £6m – offers exceptional flight performance and will have significantly lower operational and maintenance costs. The H145 is night capable, enabling longer flying hours, and is used by military, police and air rescue services throughout the world.  The purchase and fitting out costs have been met through planned savings, grants, careful budgeting and the amazing generosity of the people of Yorkshire.

Captain Andy Lister, YAA’s Director of Flight Operations added “The H145 is a larger aircraft with better endurance and a longer range than we’re used to, which helps us cover Yorkshire’s 5 million acres, but the overall footprint is small enough for reaching patients in tight areas.  Myself and my team of Pilots cannot wait to take to the controls of the H145 and see them become icons in the skies across Yorkshire.”

The new helicopters will also come with a state-of-the-art Bucher medical fit out too, which will provide critically sick and injured patients the most advanced treatment techniques.  The YAA crew were very hands on with choosing their medical fit and equipment, to ensure not only was it state-of-the-art, but also practical and easy for the crew to use.  A specialist team of Doctors and highly skilled paramedics from the YAA’s crew were actively involved in the selection of the equipment.  Clinical Operations Manager Pete Vallance explains: ““The open cabin allows clinicians to have full access to the patient inflight and we have future-proofed the specialised medical equipment that is being fitted.  We believe we have now got the best aircraft and the best equipment available to enable us to provide top-level clinical care across Yorkshire for many years to come.”

These final few weeks prior to commencing operations will see the YAA’s Pilots will complete their final training with the Airbus team, before the paramedics start their familiarisation training with the helicopter.  Operations are expected to begin from the Nostell Airbase over the first weekend in September, although a specific day has not yet been confirmed.

Yorkshire Air Ambulance still needs to raise £12,000 every single day to keep its helicopters flying. The charity serves 5million people across Yorkshire, attending on average, more than 1,000 incidents a year.  The only help it receives is the secondment of its paramedics and Doctors from the Yorkshire Ambulance NHS Trust.