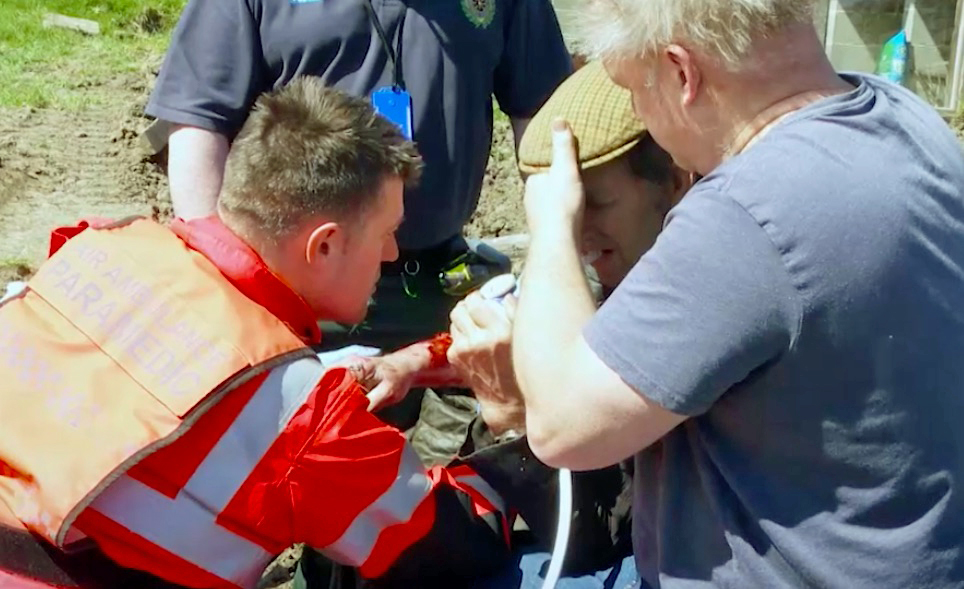 John Hardisty, a fencing contractor, was working on a neighbour’s farm in the village of Westerdale when his arm got trapped between his tractor’s post driver and a stone post.

“I was putting in a wooden post at the side of the stone one and reached over the top to make sure it was straight when the post driver came down for some reason and trapped my arm,” said 67-year-old John.

“I think my jacket must have caught the lever but fortunately the guy I was working for was there. He’s also a vet so knew straight away that I’d done some major damage and called the emergency services.”

John was airlifted in just a few minutes to the James Cook University Hospital, Middlesbrough, where he underwent a six-hour operation to start repairing a fractured ulna, radius and thumb.

He has since had skin grafts and further surgery on his thumb which has meant he has not been able to work since the accident six months ago.

John added: “I’ve not been able to use my right arm at all which has been very frustrating. I have a small farm as well as being a fencing contractor and I’m used to being so active but I’m very grateful to my neighbours and cousins who have looked after me.

“I’m also really grateful to the Yorkshire Air Ambulance. I was losing a lot of blood and they got me to hospital in six minutes. It would have been 30 to 40 minutes by road and in remote communities like this you really see the value of what they do.”

John’s accident can be seen in this week’s episode of Helicopter ER – the UKTV series that follows the life-saving work of Yorkshire Air Ambulance.

The episode also features a trip to meet her boyfriend’s parents which nearly ended in tragedy for one West Yorkshire woman and a dramatic end to a window cleaning job.

Photo caption: John Hardisty being treated at the scene of his accident and recovering at home.