Farmer Blinded In One Eye After Freak Accident 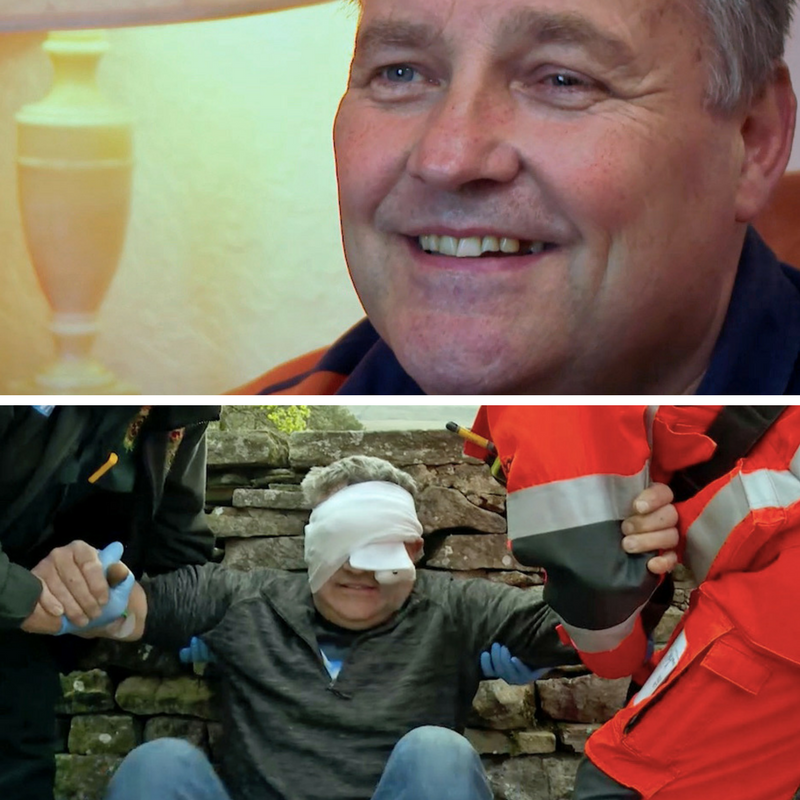 Jim Facer was repairing some fencing on his remote farm near Hawes – nearly 50 miles from the nearest major trauma centre – when a nail bounced out and went straight into his left eye.

“I was with my wife and just hammering some rails onto fence posts, as I’ve done hundreds of times, when a nail flew out,” said 56-year-old Jim. “I felt something touch my face but had no idea where the nail had gone until I saw my wife’s face.

“When you get a bit of grit in your eye it’s really irritating but I didn’t feel any impact pain at all. But when I realised what had happened I had a pretty good idea that the sight had gone.”

Jim’s shocked wife Sandra raced back to the farmhouse to contact the emergency services and the Yorkshire Air Ambulance was immediately dispatched to the isolated Dales location.

Jim’s training as a retained fireman in Hawes for nearly 20 years helped him to remain calm during his rescue and treatment. He was also very familiar with the work of the Yorkshire Air Ambulance.

“After it happened I just kicked into survival mode, tried to relax my breathing and wait to be rescued.” added the father-of-two. “I’ve worked with the air ambulance at incidents before – and actually recognised one of the paramedics.”

Both Jim’s eyes were covered before he was airlifted to the James Cook University Hospital in Middlesbrough in less than 20 minutes – a journey that would have taken up to two hours by road.

Surgeons removed the nail but despite two further operations to try and restore sight in Jim’s eye, his retina was too badly damaged.

Six months after the accident, Jim still has five stitches in his eye holding the cornea in place so has to be careful lifting and doing strenuous activities, but he is back working and very grateful to the Yorkshire Air Ambulance.

“Until the stitches come out in January I still have to be very careful, but I‘m doing what I can and you just have to get on with it – with three grandchildren, giving up is definitely not an option!” added Jim.

“I know how vital the air ambulance service is to remote rural communities like ours. You just never imagine that you will ever need them, but I’m extremely grateful they are here.”

Jim’s dramatic rescue can be seen in this week’s episode of Helicopter ER – the UKTV series that follows the life-saving work of Yorkshire Air Ambulance.

The programme also features a horsewoman fighting for her life with a head injury following a fall and a morning commute that nearly ended in tragedy for a young motorcyclist.