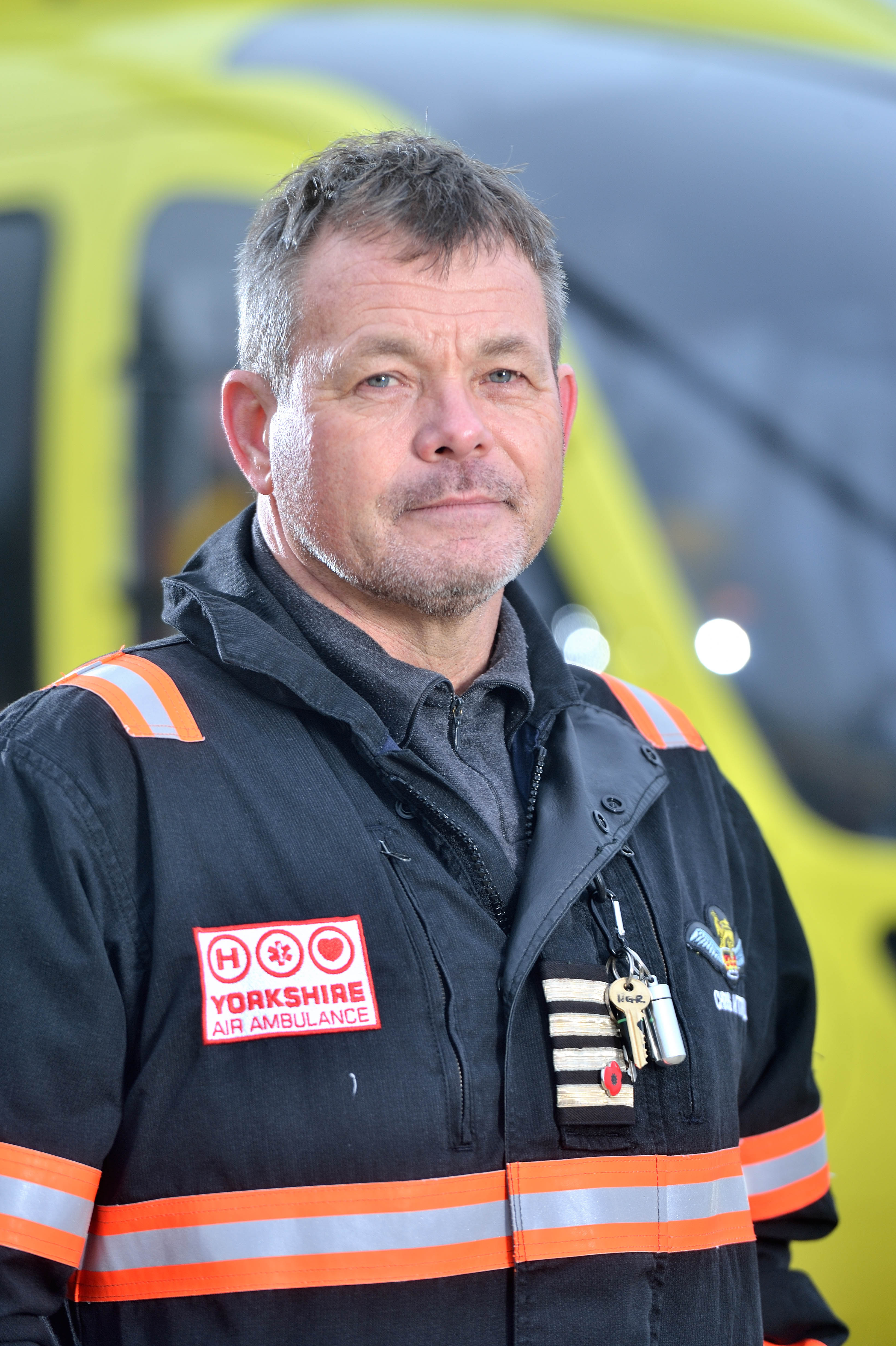 Chris, who was born on the Isle of Wight, moved to Australia as a toddler. After a period serving in the Australian Army Infantry he came to the UK and ‘fell into flying’ when he joined the Army Air Corps in 1983.

“Flying was not part of the original game plan but once I got into the air I knew I had found the right role for me and within two years of joining the British army I was flying,” said Chris, who became an Air Crewman in 1985, completing his Pilots course four years later.

“A crewman in the army is the best apprenticeship you can have as it’s all the fun without the responsibility – if anything goes wrong it’s the pilot’s fault.

“But you were 50% hands-on most of the time and it was one, long mentoring process which prepared you so well.”

Chris spent 21 years in the Army serving everywhere from Belize to Bosnia, and from the Falklands to Northern Ireland. After leaving the military he became a HEMS pilot, joining Yorkshire Air Ambulance in October 2008.

“Army pilots tend to slip into HEMS flying quite easily as we are used to flying smaller multi-role aircraft into small places,” he added.

“You are also part of another very close-knit team. As the air ambulance paramedics all take an aviation module to become Technical Crew Members, it means it really is a team effort. If you need a hand getting the aircraft in and out and refuelling they can help, and if they need a hand on the ground the pilots muck in.”

Chris, 60, was a member of the Yorkshire Air Ambulance crew which responded to the Cumbrian massacre in 2010 when lone gunman, Derrick Bird, killed 12 people and injured 11 others before killing himself.

He added: “Doing this job is a very humbling experience and on some days it’s just really very hard. With the Cumbrian shootings unfortunately every job that day was a fatality which was tough.

“But I have been very blessed during my time at Yorkshire Air Ambulance to work with and meet a lot of great people. Not only that, we get to fly in such a fantastic and varied landscape.

“The charity is always looking to provide a better service for the people of Yorkshire – whether it’s new aircraft or night-time flying – and it really has been a privilege and a pleasure to be a YAA pilot.”

In line with HEMS rules, which mean single pilots have to retire at 60, Chris has left Yorkshire Air Ambulance but will continue his flying career at Lincs and Notts Air Ambulance which runs dual pilot operations.

Director of Aviation Capt Andy Lister said: “It has been an absolute pleasure to work alongside Chris and he will be sadly missed at the Yorkshire Air Ambulance. On behalf of everyone here I would like to wish him all the best with his new opportunity working with our colleagues at Lincs & Notts.”