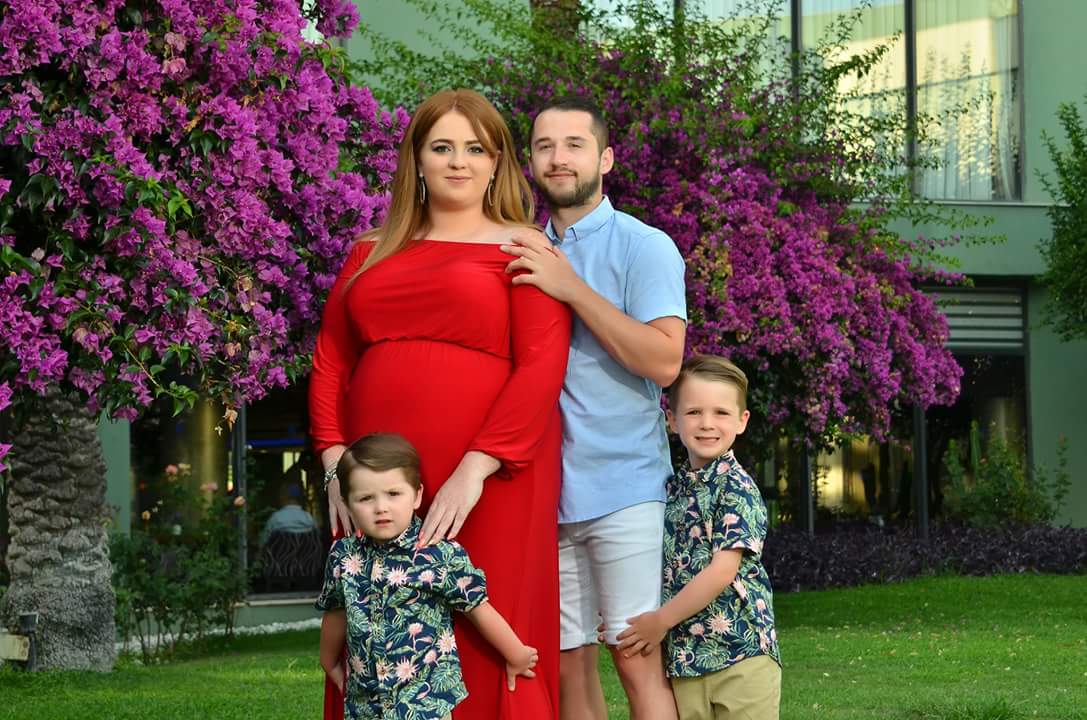 Two camping trips by a young Cleveland family – a year apart – have both ended in call outs by Yorkshire Air Ambulance.

Emily Moffitt wanted to recreate much-loved childhood camping holidays with her partner and their two young sons. But a taster trip to a North Yorkshire campsite in 2016 nearly ended in tragedy when their gas stove exploded.

“I was finishing cooking up breakfast when all of a sudden the stove went pop and there were flames,” said 23-year-old Emily. “I was sat on a camping chair and the boys were next to me and I instinctively stood up and turned to protect them.

“I got them over the windbreak to safety and then realized that my legs were on fire and dropped to the ground. I think with all the adrenalin I didn’t initially realise how bad it was but then when I tried to move away my jeans were stuck to my legs. The pain was just terrible.

“An off-duty nurse who was there cut my jeans off and wrapped my legs in cling film and soaked them with a hosepipe until the air ambulance arrived. Everyone at the campsite was amazing and I can’t thank them enough.”

Yorkshire Air Ambulance paramedics applied special burn shields to her legs before Emily was taken by road to hospital in Harrogate. She had intensive treatment in the burns unit for flash burns to her legs and right hand but thankfully did not require skin grafts.

After recovering from that ordeal Emily and her partner Ross decided to give camping another try and last summer took their boys Oscar, then 3, and two-year-old Oliver away for a weekend to a campsite near Ampleforth, North Yorkshire.

“We took a hot plate instead of a gas stove and everything was going well until Oliver became ill,” added Emily of Acklam, Middlesborugh.

“He was on his Dad’s knee when he suddenly vomited and went floppy. He wasn’t responding to us and his eyes rolled to the back of his head. It was just the worst experience of my life, so frightening.

“There was no phone signal so his Dad ran with him to the main park reception who dialed 999 and the Air Ambulance arrived to us again.”

Thankfully by the time the air crew arrived little Oliver was starting to recover from his fit – a febrile convulsion brought on by tonsillitis – and he was taken by road to hospital in York.

“The Air Ambulance got to us a full 15 minutes before the road ambulance and we are just so very grateful to them. It’s just the peace of mind knowing that if you need them they are there – although we’re not planning any more camping trips!”

The episode, which airs at 9pm on Really, also features a flying doctor carrying out a complex medical procedure on the roadside after a biker stops breathing after a serious accident and a farmer who gets his hand impaled on a steel spike in his pigsty.