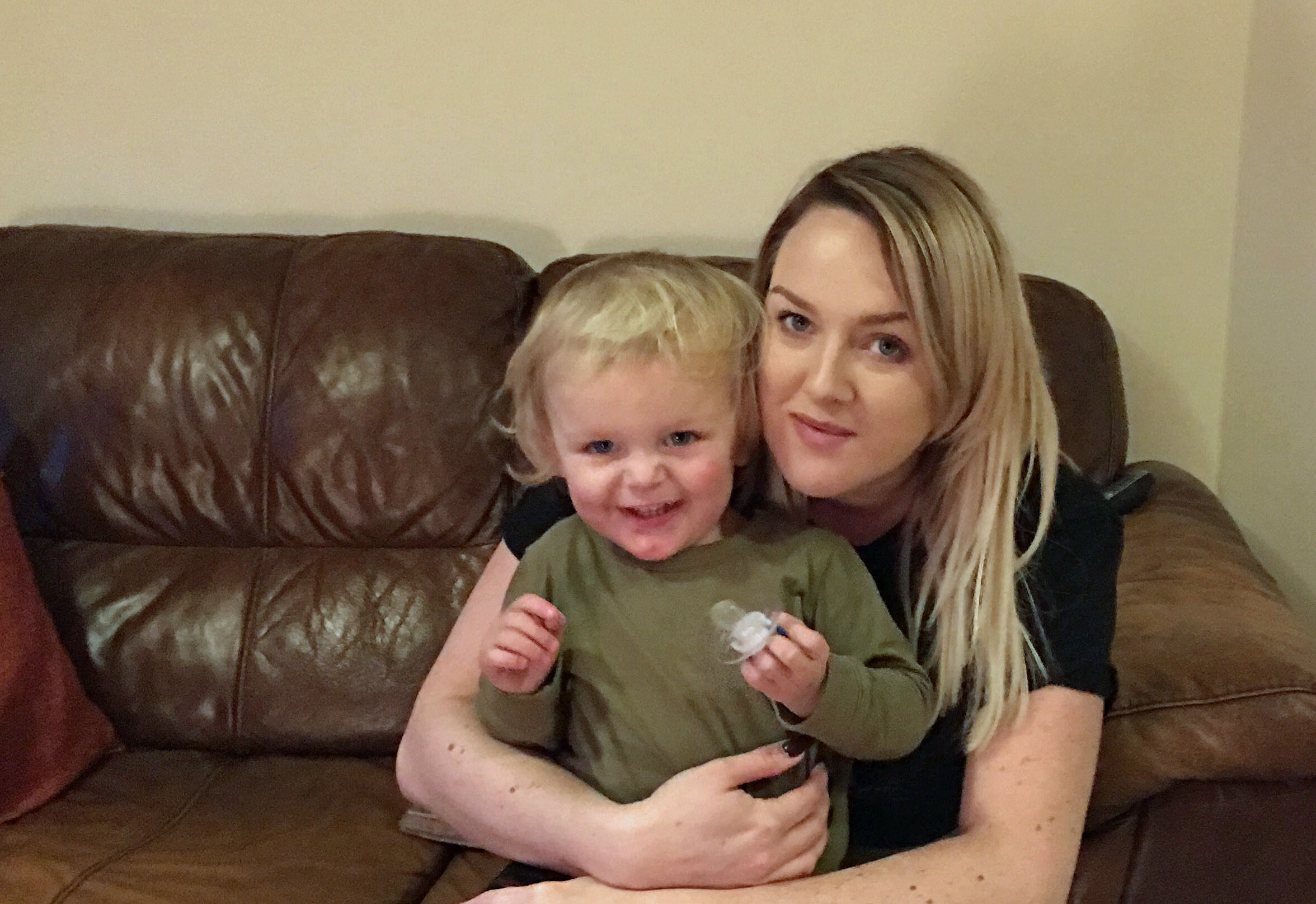 Noah fell onto the concrete patio of the family home at Brampton Bierlow, near Rotherham, in an accident which features on tonight’s episode of Helicopter ER, the TV series that follows the life-saving work of Yorkshire Air Ambulance.

“My four-year-old daughter had been playing a game and opened the bedroom window,” said Mum Emma. “Noah must have somehow climbed from the bed onto the window ledge and fallen.

“My daughter came running out of the bedroom to say Noah had fallen out of the window and I just ran as fast as I could to the back garden.

“He was lying on the patio very still and making a quiet moaning noise. I was just hysterical. It’s just your worst nightmare.”

Yorkshire Air Ambulance airlifted Noah in minutes to Sheffield Children’s Hospital where scans revealed the 18-month-old had suffered a fractured skull and a small bleed on the brain.

“I think Noah survived because he got to hospital so quickly. It was literally six minutes in the helicopter from our house and we can’t thank them enough,” added 27-year-old Emma.

Noah, now two, has fully recovered and has no lasting damage from the accident which features on Helicopter ER tonight(19th Dec 2016) at 10pm on UKTV’s reality channel Really.

The new series has been made by many of the team behind the popular BBC programme Helicopter Heroes, who have again been flying with Yorkshire Air Ambulance pilots, paramedics and doctors.

Yorkshire Air Ambulance serves 5million people across Yorkshire and carries out over 1,250 missions every year from its two bases at RAF Toplcliffe, near Thirsk, and Nostell near Wakefield.

The charity, which has just replaced its two, ageing aircraft with state-of-the-art Airbus H145 helicopters, needs to raise £12,000 every day.