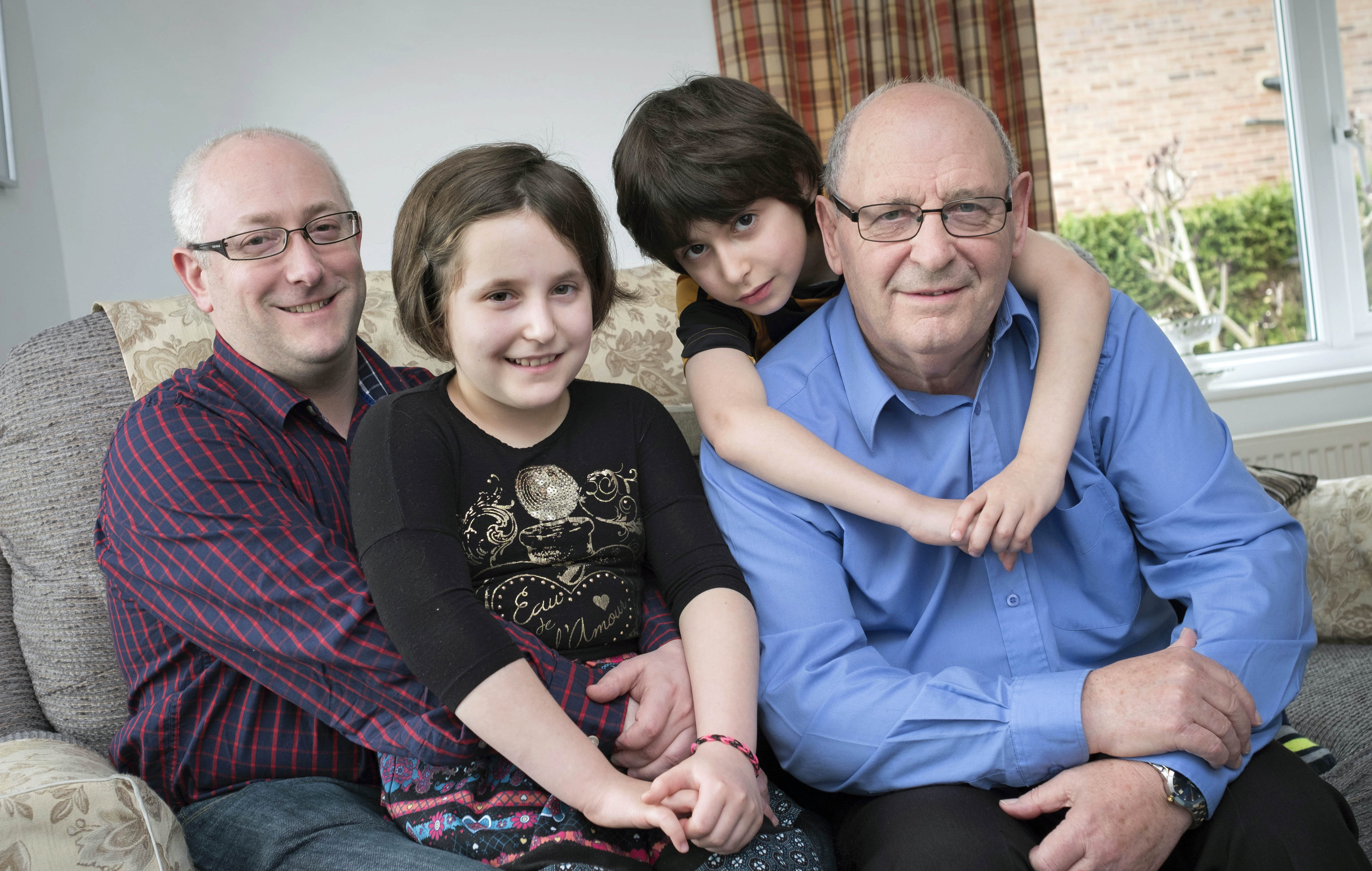 The Hoggarth family have more reason that most to be grateful to Yorkshire Air Ambulance.

In just over five years, four members from three generations of the family have been airlifted to hospital by the rapid response emergency charity following two separate incidents.

In late 2010, Adrian Hoggarth and his two young children were returning home to Hertfordshire after visiting relatives in Walkington, East Yorkshire, when they were involved in a road accident.

The family were trapped after their car ended up on its side in a ditch. Adrian suffered serious spinal injuries and a badly broken leg in the crash and the children were badly shaken.

Layla and Alex, just three and 18 months at the time, were released from their car seats and looked after by paramedics while fire and medical teams worked to free their Dad from the wreckage.

The family were flown to Hull Royal Infirmary in two Yorkshire Air Ambulances where the employment lawyer spent five weeks being treated for his injuries.

“I don’t know what we would have done without Yorkshire Air Ambulance and we are just so grateful,” said Adrian, 41.

“The paramedics were just brilliant. The children could not have been in better hands and they got me and them to hospital in minutes. It would have been a very long and difficult journey in a land ambulance.”

Earlier this year, Adrian again had reason to thank Yorkshire Air Ambulance after his father, Ken, suffered a heart attack at the wheel of his car.

The 74-year-old was driving near his Driffield home when he was forced to pull over. After emergency services arrived on scene it was clear he needed treatment as fast as possible and Ken was airlifted to Scarborough General Hospital.

Adrian added: “My Dad was driving home and began to feel increasingly unwell. He had suffered a heart attack and, as it’s a pretty long drive to hospital, Dad was just very fortunate that the air ambulance was available to get him to a specialist cardiac team so quickly.”

Ken spent a fortnight in Scarborough and then Castle Hill Hospital, Hull, before returning home where he is now recuperating.

Yorkshire Air Ambulance (YAA) is an independent charity providing a life-saving rapid response emergency service to 5 million people across the whole of Yorkshire seven days a week, 365 days a year.

YAA, which needs to raise £12,000 a day, has just ordered state-of-the-art replacements for its two ageing helicopters – G-SASH and G-CEMS – that will take to the skies over Yorkshire later this year and in Spring 2017.

The latest generation Airbus H145 aircraft will give paramedics a much more modern medical fit-out to treat and transport often critically injured patients.

Since his accident London-based Adrian has provided pro-bono employment legal advice to Yorkshire Air Ambulance – “I just wanted to give something back and this was my way of saying thank-you.”

Abby Barmby, YAA Communications & Marketing Manager said: “It’s not often we come across a situation where we have been able to help three generations of one family – in fact I think this is a first for us.

“However our Charity is there to provide a service to those in need and we are just glad to have been able to assist the Hoggarth family when they needed us the most.

“It’s great to see Adrian and the children doing so well now and we’re pleased that Ken is making a good recovery after his heart attack.  We’re also extremely grateful to Adrian for the legal help he has given.”