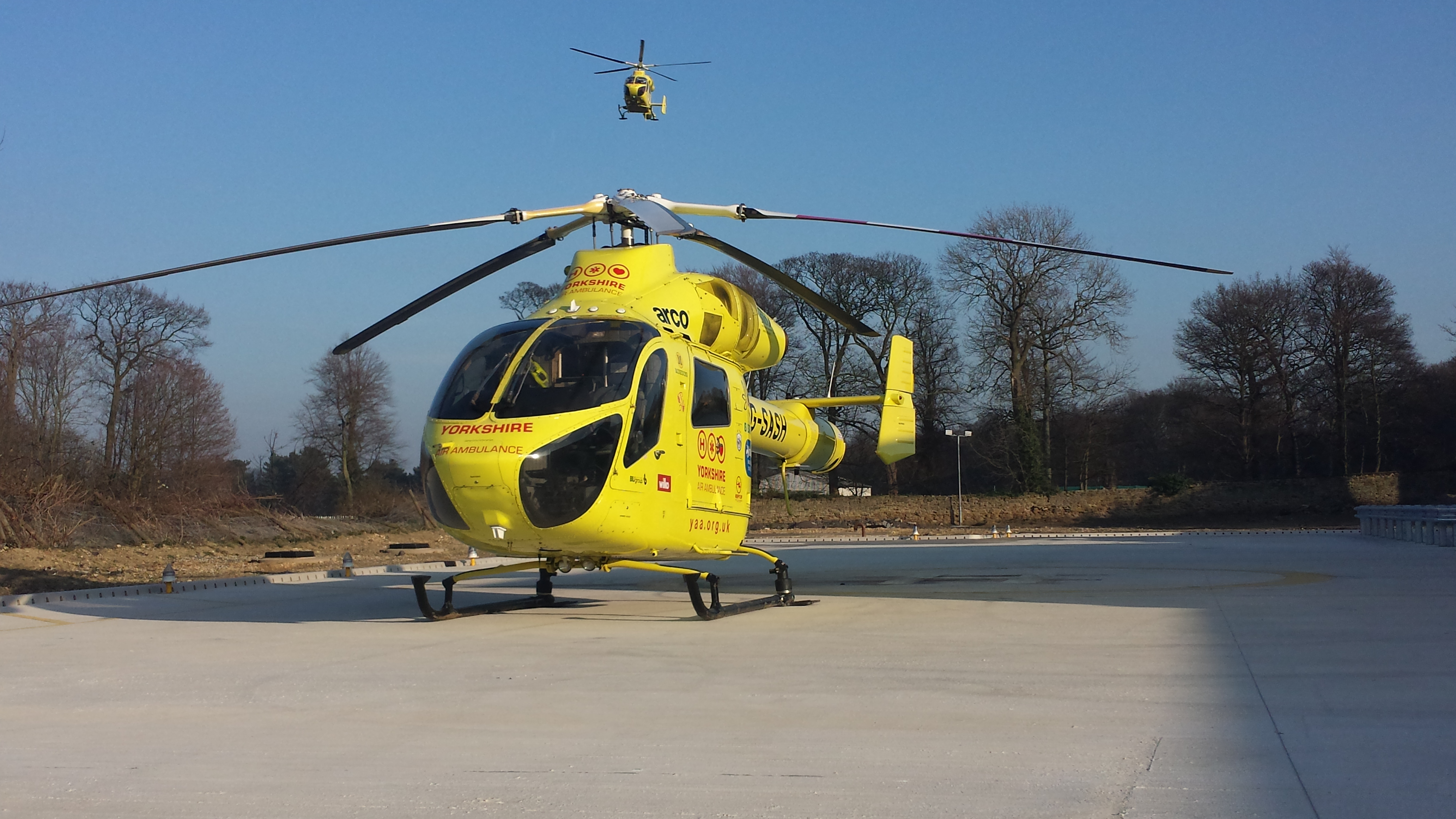 Up to a million spectators are expected to line the routes of the three stages taking place over the May Bank Holiday weekend.

Following the success of arrangements made during last year’s Tour de France, the Yorkshire Air Ambulance (YAA) has again brought in a third aircraft which will be hangered at the charity’s Northern airbase at RAF Topcliffe, near Thirsk.

The YAA had its busiest ever weekend during last year’s Tour de France weekend attending over 30 incidents in three days. On a normal weekend, crews may respond to three or four call-outs.

YAA Chief Pilot Capt Andy Lister said: “We know from the amazing success of the Tour de France last year just how popular this first Tour de Yorkshire is likely to be and how much extra operational pressure that may lead to.  Not only that, it is also a Bank Holiday weekend so we are also likely to see an increase in tourists to the area too.

“Working with the Yorkshire Ambulance Service NHS Trust, we have managed to provide extra staff cover so we can bring in a third helicopter for the weekend to give us increased support.”

The first 174KM stage of the Tour de Yorkshire will take riders from Bridlington to Scarborough on Friday. The following day’s stage from Selby to York is for the sprinters with the final stage from Wakefield to Leeds featuring six classified and brutal climbs.