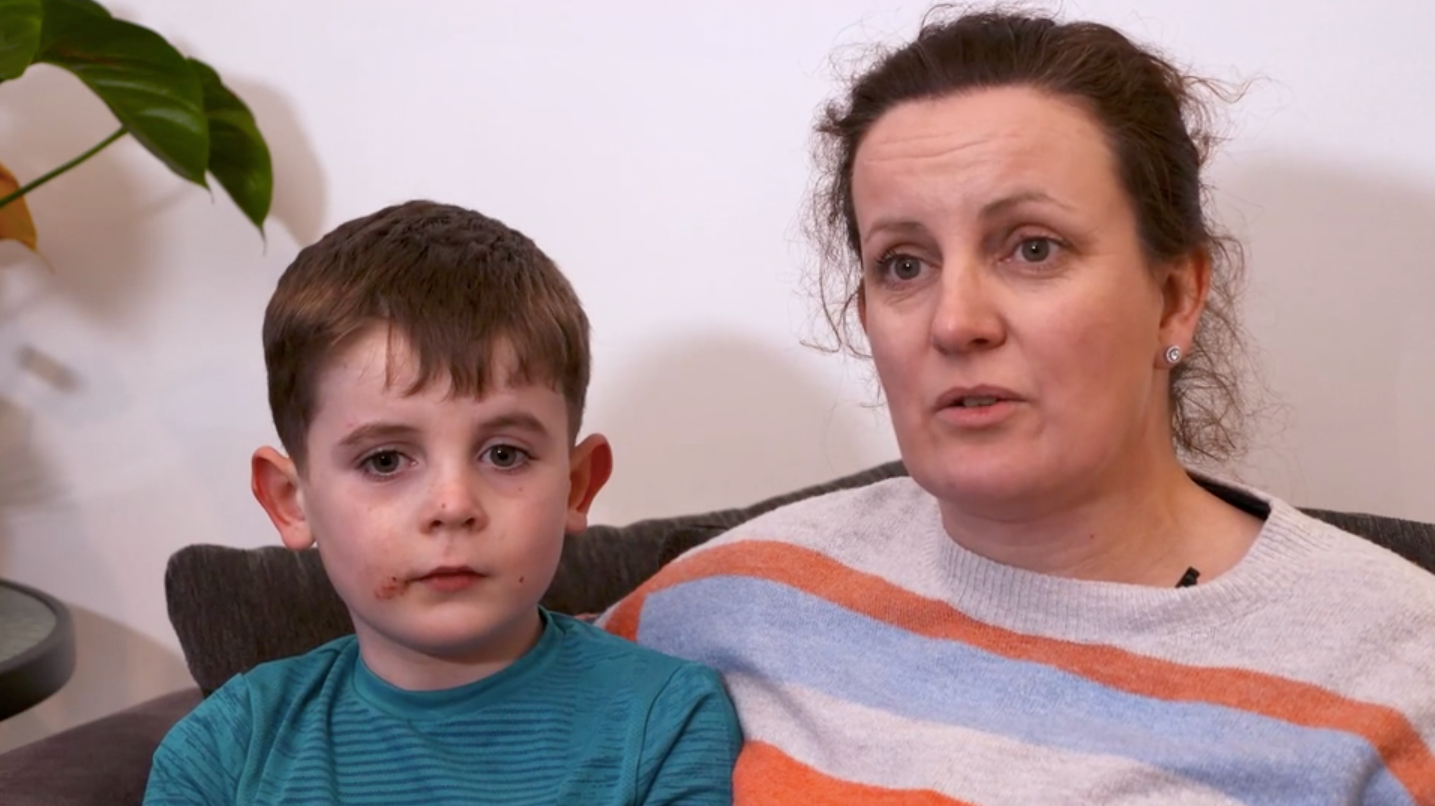 A mother from Dishforth, North Yorkshire, has praised the Yorkshire Air Ambulance for saving her seven year old son’s life after a serious cycling incident in May last year.

Seven year old Ronan had just come home from football with his friends and had decided to play on his bike. He grabbed his helmet and set off outside his house when he accidently rode into the path way of an oncoming vehicle. His mum ran out after hearing the impact.

Tina Eyles, Ronan’s mum, said: “I heard this loud bang and I knew instantly it was him. I rushed out and found him lying in a pool of blood. The poor driver of the vehicle was stood there in shock and I thought I had lost Ronan that day.”

Due to the severity of Ronan’s injuries and his remote location, the Yorkshire Air Ambulance were dispatched. After an assessment by their Critical Care Team, a decision was made to fly Ronan to Leeds General Infirmary, 20 miles away.

Tests at the hospital revealed that Ronan had a small bleed on the brain. He spent three nights in hospital and was told he wasn’t able to take part in any sport for six weeks whilst he recovered.

Ronan thankfully made a full recovery and he is now back on his bike, but watching more carefully for the traffic. His mum believes that it was his helmet that saved him from a more serious brain injury.

The episode, which airs at 10pm on Channel Really on 6th July 2020 also features a worker crushed in Halifax and a bike crash in the Yorkshire Dales.

Helicopter ER is made by York-based Air TV who have won five Royal Television Society awards for their work on the compelling series.  You can catch up on any missed episodes for free on D Play: https://www.dplay.co.uk/show/helicopter-er