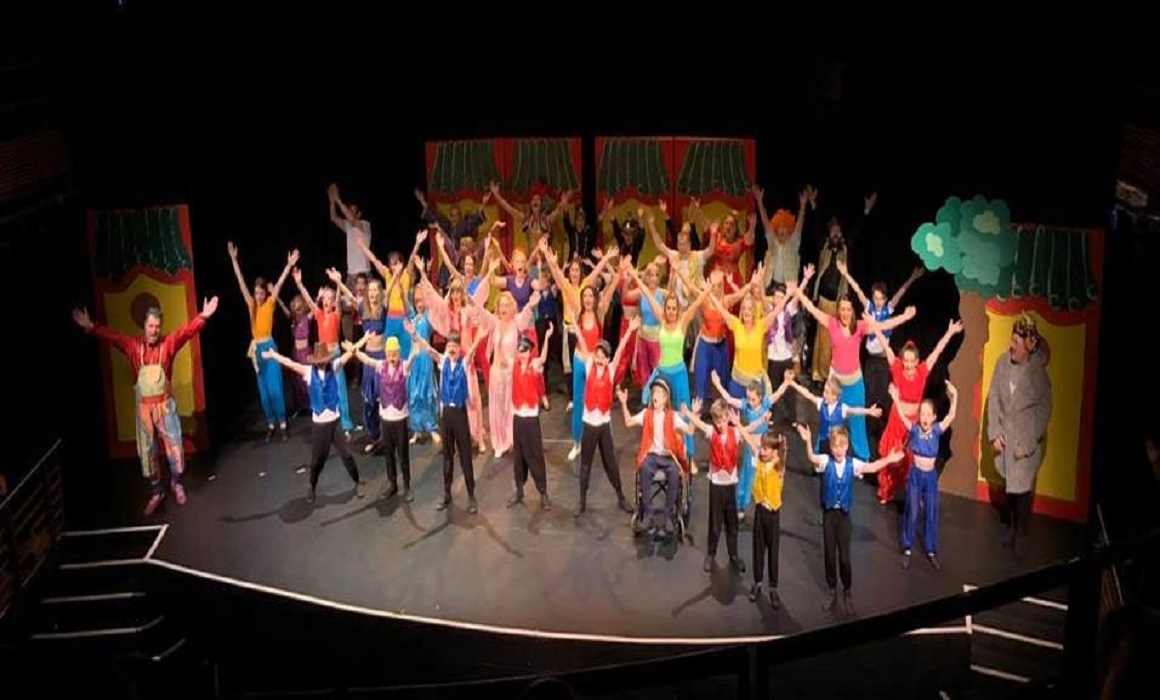 A York based Amateur Dramatic Club have raised £7,200 for the Yorkshire Air Ambulance and Leeds based charity, the Candlelighters from their pantomime production of Aladdin, which took place at the Queen Margaret’s Theatre in Escrick earlier this year.

The Yorkshire Air Ambulance is a life-saving rapid response emergency service 365 days a year serving 5 million people across 4 million acres of Yorkshire. Dead Pan Players was set up in 2018 to bring a community together and raise funds for local charities. Last year the club raised £3,000 for the Candlelighters and this year they decided to also fundraise the Yorkshire Air Ambulance, following one of the founder’s sons being airlifted by the rapid response charity.

This year’s performance of Aladdin took place at the Queen Margaret’s Theatre in Escrick on the 24th and 25th January to a sell-out audience of over 670 people.

The show consisted of 57 cast members and approximately 13 stage crew. Max Kent, who was accidently hit by car and flown to hospital by the Yorkshire Air Ambulance, joined the cast on stage in his wheelchair to sing two songs.

Speaking of the money raised for both charities, Co-founder of the Deadpan Players, John Kent said: “The Deadpan family is not only a way of escaping reality, expressing our creativities and our natural silliness (of which some of us excel), but it is also a great way to raise funds and awareness of our chosen charities.”

He continued: “We’ve raised £7,200 for both charities, which is almost twice the £3,705 we raised last year. We are delighted to be able to give something back to the charities that have helped friends and families of the Deadpan Family.”

Kevin Hutchinson, Yorkshire Air Ambulance Community Fundraiser, said: “It costs £12,000 a day to keep both of Yorkshire’s Air Ambulances maintained and in the air and its fundraising events such as this that enables us to continue flying and saving lives across the region.

We cannot thank the Deadpan Players enough for their support and generosity over the last year and the £3,600 raised from the show will help tremendously towards the vital funding of our service.”