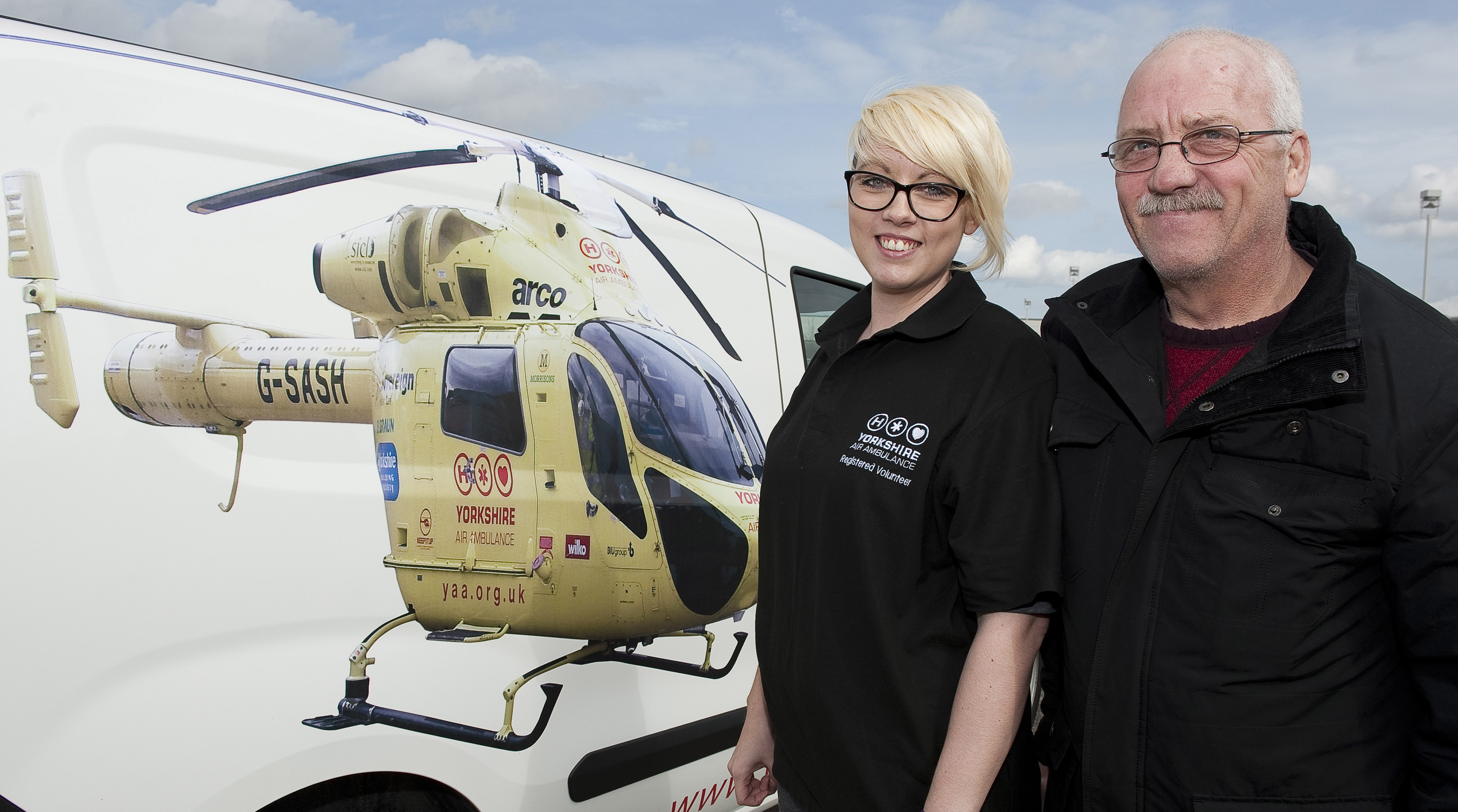 The father-of-two collapsed while on the roof and fell around 30ft into the garden of the family home in Thorne.

Gary broke nearly every rib and also punctured a lung in the horror fall, but miraculously survived, largely medics believe because he was unconscious when he landed.

The 52 year-old was airlifted to the Northern General Hospital, Sheffield, by the Yorkshire Air Ambulance and his grateful daughter Rachel has now become a volunteer for the rapid response emergency charity.

“I can’t thank the air ambulance enough for everything they did for us that day,” said 24 year-old Rachel from Park View, Thorne.

“They were just amazing. Because of the nature of his injuries and the amount of pain my Dad was in, he had to get to hospital as quick as possible and a road journey would have been out of the question.

“I felt I just had to do something to thank the charity and becoming a volunteer is a great way to help to raise money and awareness about the work of the Yorkshire Air Ambulance.”

Gary’s brain injury was only diagnosed in hospital where he spent over two weeks in intensive care following surgery to clip the ruptured aneurysm.

The extent of his rib fractures and punctured lung meant he was on a ventilator for a week and was fitted with a body brace to help his shattered ribs begin to heal.

That was exactly a year ago and Gary is still struggling physically and emotionally. Rachel added: “My Dad is still in a lot of pain as some of the ribs have not healed properly.

“From someone who was such a hard worker, always on the go, Dad can’t really walk that far now and just has so little energy.

“I think he has been suffering from post traumatic stress. He’s not sleeping because he’s aware he has the aneurysm and he’s scared of falling asleep in case he doesn’t wake up. It’s been very hard for him.”

Rachel, an administrator with Redline Aviation Security at Robin Hood Airport, is calling on people to join her by becoming a volunteer for Yorkshire Air Ambulance.

The rapid response emergency charity – which has to raise £9,990 every day to keep its two helicopters in the air –  is appealing for more volunteers in South Yorkshire to run stalls and attend local events.

South Yorkshire Regional Fundraiser Mark Perry said: “We are asked to attend lots of events throughout the year and can’t cover this increasing demand without the support of our brilliant volunteers.

"It’s also important that we’re out more in local communities answering questions about the charity, telling people what we do, and why their support is so vital.

"Being a volunteer is a really great way to get out and about in your local area and meet people. You would be part of a fantastic team and you can do as little or as much as you want, to fit in with your lifestyle.”