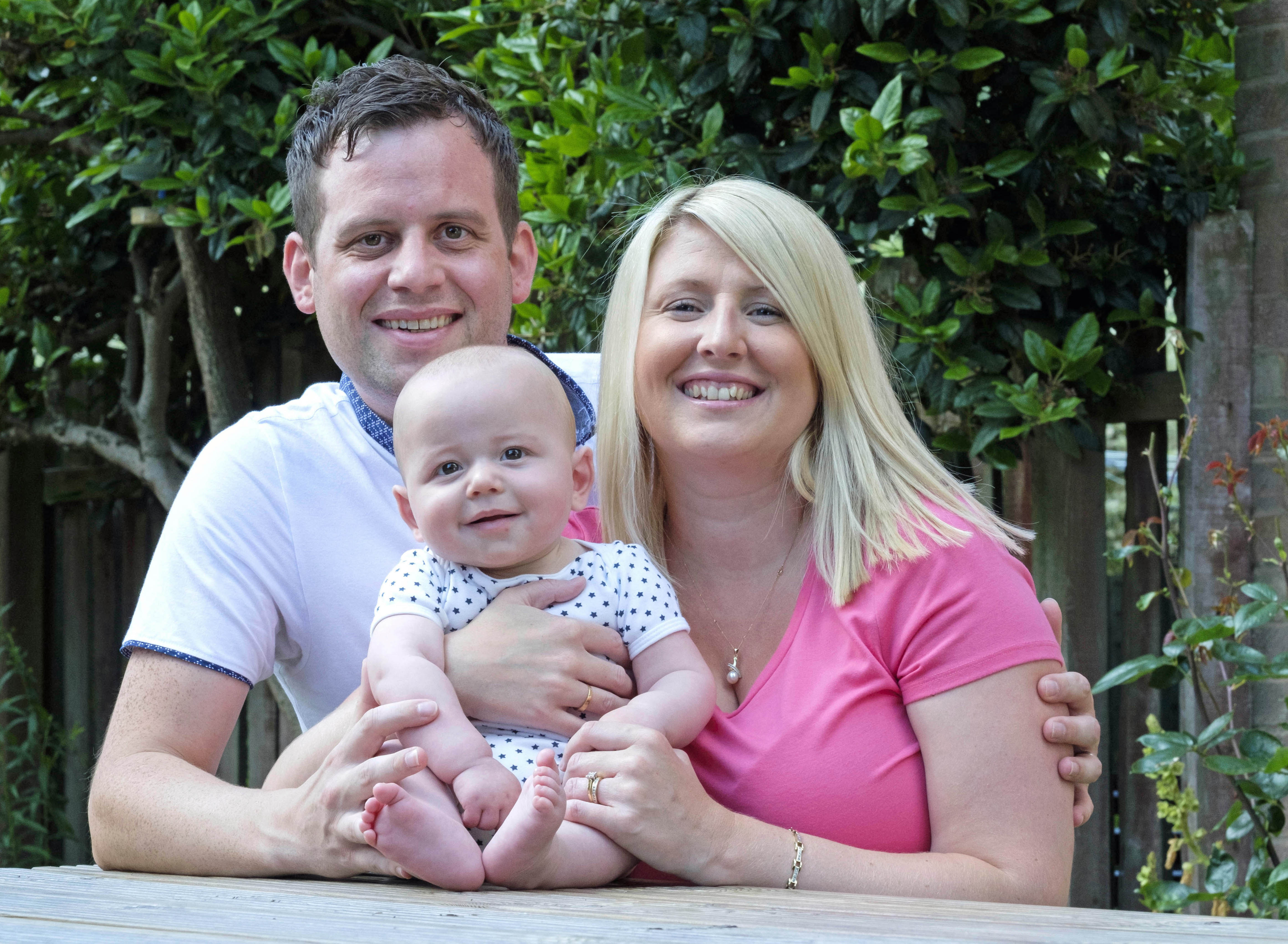 The family and friends of a pregnant woman who was accidentally knocked down by her Mum are aiming to raise £25,000 to thank the medics who saved her and her unborn son.

Vikki Lane had been driven to work in York by her Mum Alison, who was parking the car in the Clifford’s Tower car park, when the accident happened.

Vikki, 36 weeks pregnant, was standing in front of the car when her Mum accidentally put her foot on the accelerator instead of the brake. She was hit and then shunted into the back of a parked van. The impact caused multiple injuries including a broken pelvis and badly broken legs.

Mum Alison, 59, said: “I was just in a complete state of shock. I could not believe what had happened and I still can’t really.”

Vikki was airlifted by Yorkshire Air Ambulance to Leeds General Infirmary where, once stabilised, her son Samuel was safely delivered. She then underwent a 12-hour operation to repair the four breaks in her pelvis.

“Samuel was born at 5.45pm and I did not meet him until 11am the next day,” said Vikki from Riccall. “Thankfully he was, and is, just perfect.”

The accident happened at the beginning of January and Vikki spent a month in hospital. She has so far been through 36 hours of orthopaedic surgery and was wheelchair bound for six months. Vikki still has twice-weekly physiotherapy and can only walk short distances with a crutch.

But, this remarkable woman is amazing doctors with her progress. “It has been very difficult but Samuel has been my motivation to get better. He is our little miracle, and we’ve been having a joke about who will be walking properly first, Samuel or me! ” said 34 year-old Vikki.

“My Mum, mother-in-law and best friend Laura have been living here and all my family, friends and local community have rallied round and given me loads of support.

“It has been seven months – which feels like a lifetime – and I know it will probably be another year before I’m fully recovered but the doctors have been amazed at my progress which will hopefully continue.”

Vikki’s grateful husband Ray is now leading a fundraising campaign to raise as much money as possible for Yorkshire Air Ambulance and the Day One trauma care charity, based at Leeds General Infirmary.

The 35-year-old novice cyclist and 14 other family and friends are attempting the famous Coast to Coast Cycle Challenge next month – riding 153 gruelling miles from Whitehaven in Cumbria to Tynemouth on the North-East coast in just two days.

Ray said: “We are looking to raise as much money as possible for both these charities in recognition of the help they gave Vikki and Samuel.

“I felt compelled to do something because of what Vikki has been through. We can’t thank the Air Ambulance crew and hospital teams enough for all they did and continue to do.”

Local pubs in Riccall have Yorkshire Air Ambulance collection boxes on the bar and Ami’s Hair Salon in the village have already raised nearly £700 for the rapid response emergency charity.

Yorkshire Air Ambulance (YAA) serves 5million people across Yorkshire and carries out over 1,250 missions every year. The charity needs to raise £12,000 every day to keep its two helicopters flying.

Bob Smailes, Regional Fundraising Manager at Yorkshire Air Ambulance said: “What happened to Vikki was a freak accident, but we are just glad we were able to get her to Leeds General Infirmary as quickly as possible.

“It was such a relief to hear that little Samuel arrived safely and that he and Vikki have both continued to do so well.  We are so grateful to Ray and his team of family and friends for taking on such a huge challenge not only to cycle the Coast to Coast but also setting themselves such an amazing fundraising target.  We want to wish them all the best of luck on their ride.”

If you would like to support Ray and Team Miracle go to their Virgin Money Giving Page http://uk.virginmoneygiving.com/fundraiser-web/fundraiser/showFundraiserProfilePage.action?userUrl=TeamMiracle&isTeam=true

Caption: Vikki and Ray Lane with their ‘little miracle’ Samuel