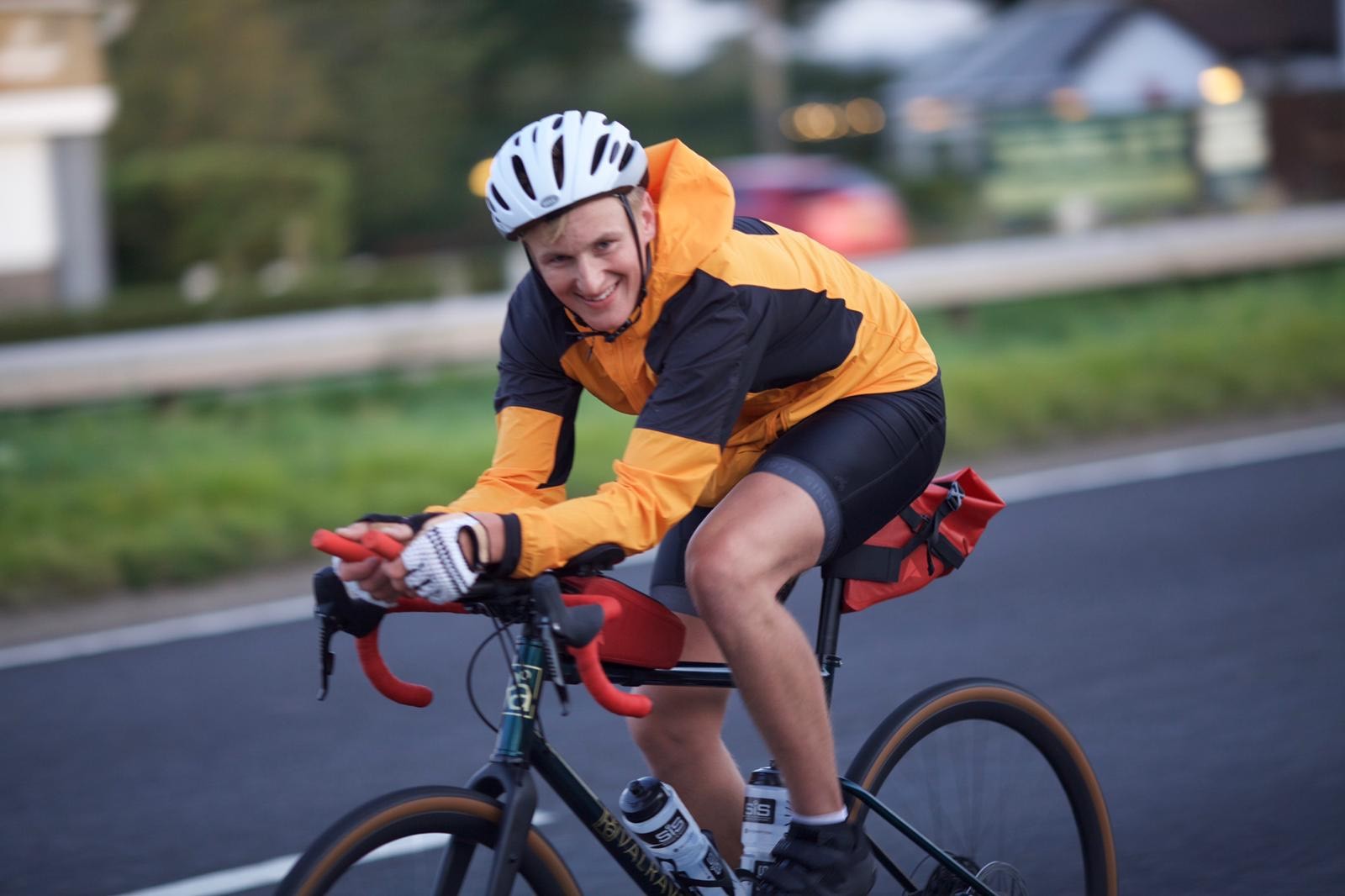 Jack Jordan, 26, a Work Rider, originally from Scarborough, but currently living in Sherriff Hutton in North Yorkshire, began cycling during the pandemic to pass the time.

“My boss’ dad lent me his road bike and I decided to pedal to the Lake District, which was a difficult 117 miles. When I returned, I thought that I’m 26, young and fit and that I wanted to do something to raise funds for an important cause”, said Jack.

He continued: “I told a few people that I was aiming to cycle from Lands End to John O Groats in five days and I had quite a few doubters. That lit a fire in me to complete it.”

Jack cycled 173 miles a day supported by his girlfriend Cara Richardson, who travelled alongside Jack and stopped every 40 miles to provide a familiar face and sandwiches. Cara’s brother, Rafi, supplied Jack with a bike for the challenge from his business Ra Bikes.

When asked how he feels about completing the challenge, he continued: “It’s a money can’t buy experience, money can’t make you pedal from the bottom of England to the top of Scotland. I’m glad I was able to raise funds for the Yorkshire Air Ambulance. Every time I see the helicopter in the sky, it will remind me of what I have achieved.”

It costs £12,000 a day to keep both of Yorkshire’s air ambulances maintained and in the air and this year, due to the pandemic, the Charity has seen a loss of approximately £420,000 due to cancelled events. All of the support we receive is truly appreciated and will help us continue saving lives across the region.

Yorkshire Air Ambulance serves 5 million people across Yorkshire and carries out over 1,500 missions every year.

To support the Yorkshire Air Ambulance and to donate to Jack’s Just Giving page, check out: https://www.justgiving.com/fundraising/jack-jordan4