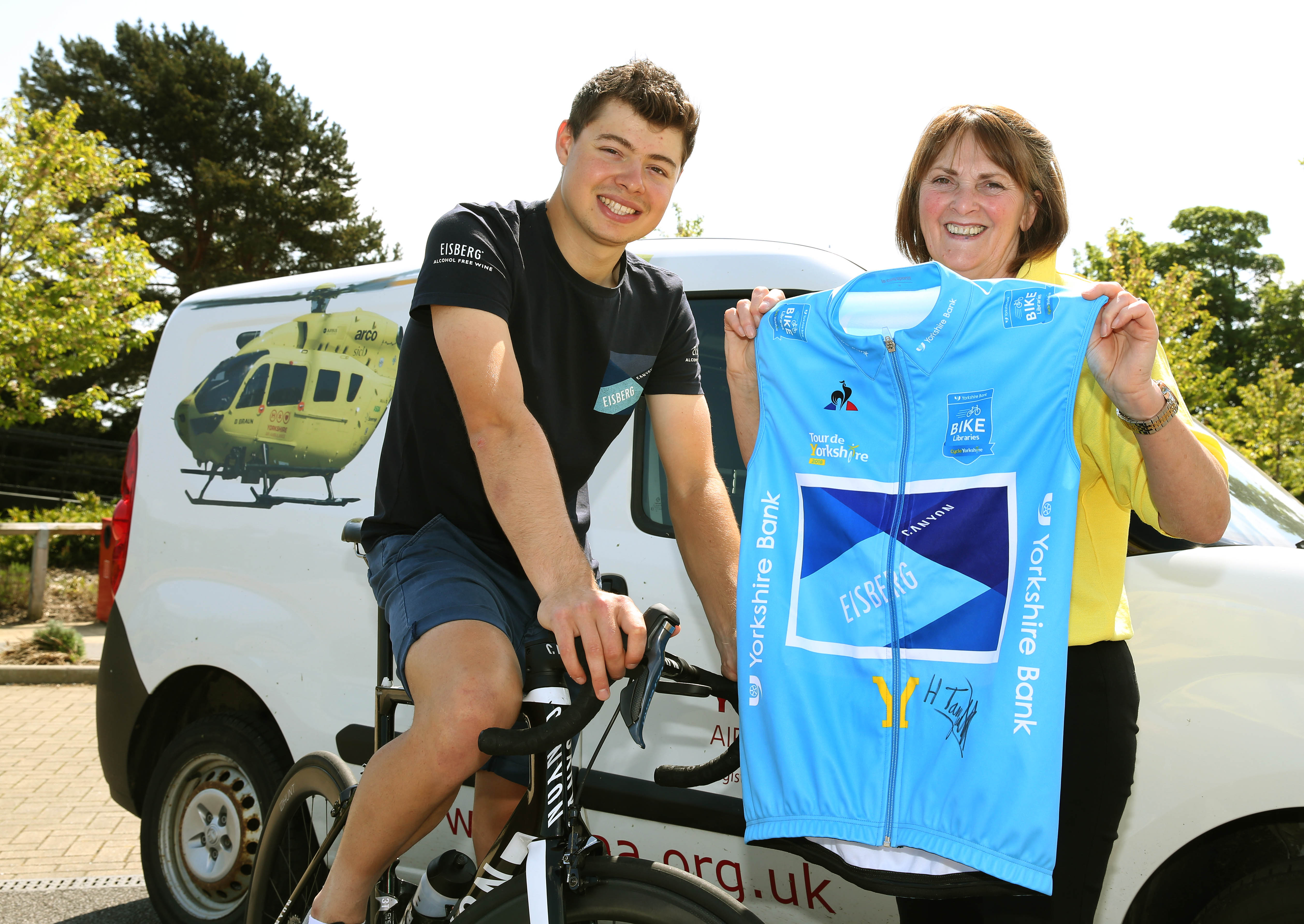 Harry, 23, became the first Briton to win a stage at the TDY when he crossed the line first on day one of the hugely successful four-day event.

That victory ensured the Yorkshire-born cyclist, who rides for Team Canyon Eisberg, also moved top of the general classification and he has donated a signed, official TDY race leader’s gilet to Yorkshire Air Ambulance.

“Being a cyclist, I know just how important the air ambulance service is. They are always there and a lot of cyclists have very good reason to be grateful for that,” said Harry from Great Ayton.

“I’m very happy to help, especially as they were the official charity for this year’s Tour de Yorkshire which is my home race, and was such a great experience for me this year.”

Harry is having a hugely successful 2018, winning a silver medal in the road time trial event at the Commonwealth Games, winning the first stage of the TDY, and last weekend securing the second of two consecutive victories in the Tour Series.

Yorkshire Air Ambulance – who are the Official Charity Partner of the 2018 Tour de Yorkshire – are auctioning Harry’s famous blue gilet to raise vital funds for the Charity, and are inviting all those interested to submit sealed bids before the closing date of 12noon on Friday, June 22.

There is a reserve of £100 on the gilet, and bids above that value are welcome to be submitted either in writing or by contacting Louise Shorrock at the rapid response emergency charity on 01422 237900 or by emailing l.shorrock@yaa.org.uk.

Lin Stead, Community Fundraiser at the Yorkshire Air Ambulance, said: “We are so grateful to Harry to donating his gilet to us.  It was so lovely of him to think of us, especially so soon after his victory on the first day of the Tour de Yorkshire.  We have put a reserve of £100 on the gilet as we think it is such a special and worthy item.  The monies raised from the gilet will go towards the daily running of the Charity so Harry knows the money will be put to very good use!  We’d also like to wish Harry the best of luck for the rest of the year.”

Sir Gary Verity, DL, Chief Executive at Welcome to Yorkshire, said: “Harry’s victory on the first stage of this year’s Tour de Yorkshire will go down in history as it was such a brave and gutsy performance. Here’s your chance to own a piece of that historic success whilst also raising money for a hugely worthwhile charity which serves millions of people across our great county.”

Yorkshire Air Ambulance serves 5 million people across Yorkshire and carries out over 1,300 missions every year. The charity needs to raise £12,000 every day to keep its two, state-of-the-art helicopters flying.