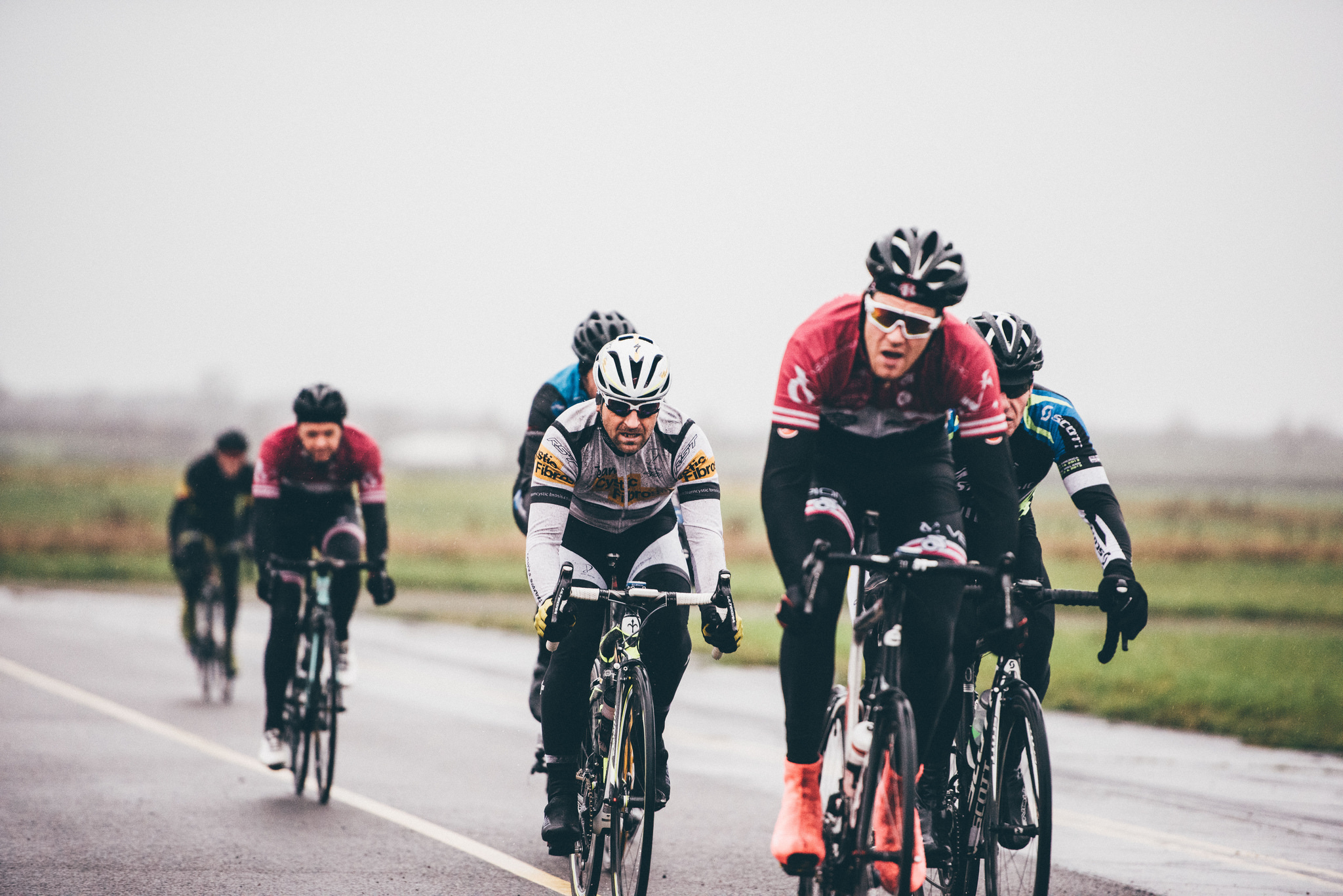 John sustained serious, life threatening injuries last September when he crashed during the final sprint of a race at Dishforth Airfield, North Yorkshire.

The 53-year-old, a founding member and secretary of the Alba Rosa Cycling Club, suffered a cardiac arrest at the scene. He was stabilised by Yorkshire Air Ambulance paramedics before being airlifted within minutes to the specialised trauma centre at Leeds General Infirmary.

John suffered a broken back and neck, two punctured lungs and broken ribs in the horrific collision and spent nearly a month in the LGI before transferring to the Yorkshire Regional Spinal Injuries Unit at Pinderfields Hospital.

Nearly 100 people took part, in terrible weather conditions, cycling over 2,500 miles and helping to raise over £3,000 for Yorkshire Air Ambulance.

He said: “We were all just so shocked that John should have such a serious accident. He is so well known and liked in the Leeds cycling community and we really wanted to do something to raise money for the Yorkshire Air Ambulance.

“We thought a few might turn up but, because of who John is, so many people and local companies wanted to help and support the event.”

John, a father-of-four from Guiseley, has had to learn how to do everything again – from talking and eating to walking and dressing himself.

His wife Andrea, herself a nurse who looks after spinal cord injuries in the community, said: “If it had not been for Yorkshire Air Ambulance stabilising John at the scene and then getting him to the LGI so quickly, it would have been a very different outcome.

“They saved his life and I cannot thank them enough for what they did that day. Without them I would not have my husband and the children would not have their father.”

John was able to spend Christmas at home with his family before returning to Pinderfields. It is hoped the weaving manager for Abraham Moon and Sons in Guiseley will be discharged at the end of January.

There will then follow a long rehabilitation programme and Andrea added: “It will be a long road to recovery but John has already made extraordinary progress with the injuries he had.

“The only thing he can’t move very well is his right arm, but we hope that will come back in time. It might never be 100 per cent but he is alive.”

Yorkshire Air Ambulance relies on the generosity of individuals and organisations across the region. The charity has to raise £12,000 every day – equivalent to £4.4 million a year – to keeps its two aircraft flying.