CreativeRace represent Yorkshire in the Prudential Ride, London to Surrey 100 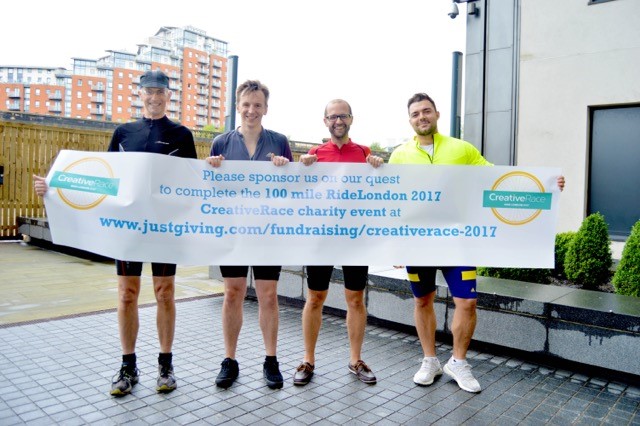 A team of four from Yorkshire-based leading integrated communications agency, CreativeRace, is taking part in the Prudential Ride London–Surrey 100 event on Sunday 30th July, with their goal being to complete the 100-mile route in six hours.

Evans Cycles, who appointed CreativeRace to handle all integrated marketing campaigns in March this year, is an official partner of the RideLondon cycling festival.

The Prudential RideLondon–Surrey 100 starts at 05:45am, with the cyclists beginning the route at Queen Elizabeth Olympic Park, and finishing on The Mall in Central London. The route follows closed roads through central London, which lead the riders into Surrey’s countryside.

You can sponsor the CreativeRace team, and raise money for Yorkshire Air Ambulance, by donating at the following link: https://www.justgiving.com/fundraising/creativerace-2017