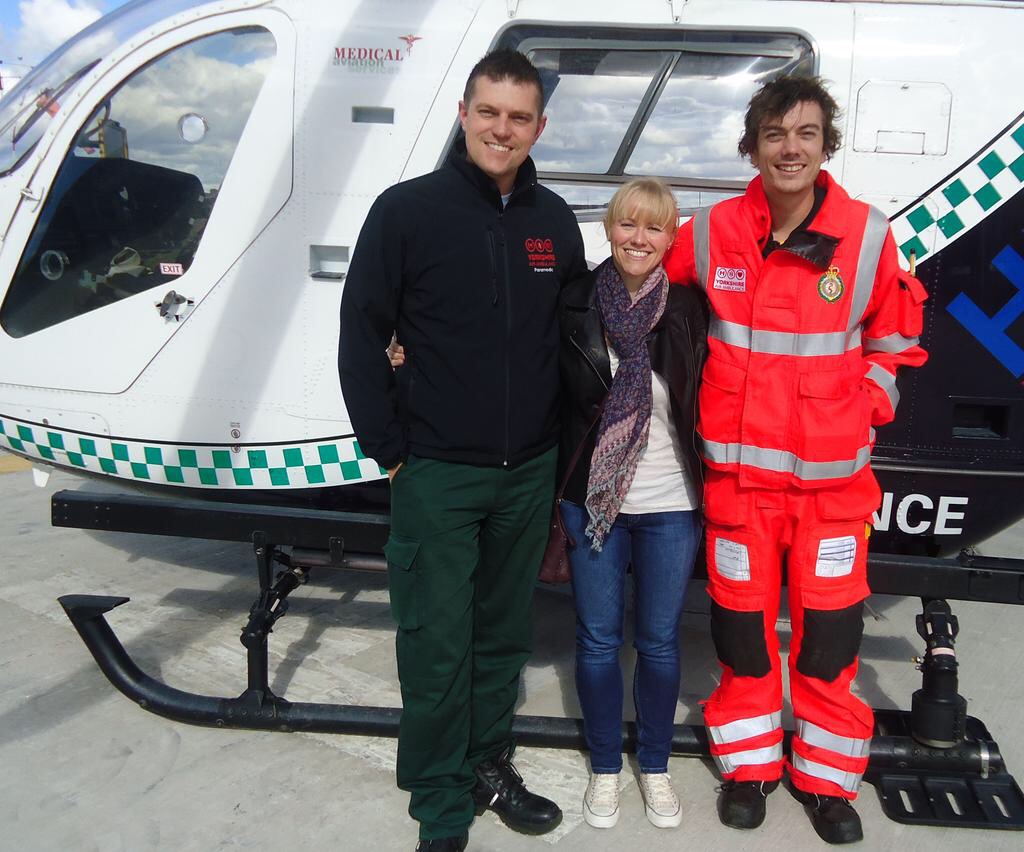 A student midwife who had to learn to walk again after a horror smash is proving she’s a tough mudder to thank the Yorkshire Air Ambulance paramedics who helped save her life.

Hayley Morris was driving home after a nightshift at Bradford Royal Infirmary – her final hospital placement before qualifying as a midwife – when the accident happened in July 2013.

The 30 year-old was just two minutes from home when her car was rammed into the path of a lorry by another vehicle that drove through a red light.

“My world was turned upside down after the accident,” said Hayley, who suffered a severe brain injury.

“Fortunately the Yorkshire Air Ambulance got to me quickly and then got me to the specialists at Leeds General Infirmary in minutes. I was given a second chance thanks to them – my Angels of the sky.”

Hayley, who suffered post-traumatic amnesia, cannot remember the impact or the first of her three weeks spent in hospital being treated for a bleed on the brain.

The crash caused nerve damage down her right side and meant Hayley had to learn to walk and write again.

But 11 months later she joined family and friends walking the Three Yorkshire Peaks which raised over £2,000 for the Yorkshire Air Ambulance.

And, on August 1 she hopes to raise more money for the rapid response emergency charity by completing the Yorkshire Tough Mudder event at Broughton Hall, near Skipton.

Hayley, who retook her final year and is now a qualified midwife, said: “The recovery was really hard and it was only my love for midwifery that gave me the motivation to get better.

“I’ve had such fantastic support and help from my family and friends and many health professionals – from neurologists to physiotherapists.

“They were able to do all this thanks to the life-saving charity that will always hold a special place in my heart.”

The YAA is a rapid response emergency service serving 5million people across Yorkshire, attending on average, more than 1,000 incidents a year – around three every day.

The independent charity needs to raise £12,000 each day to keep its two helicopters in the air, which is equivalent to £4.4 million a year.

You can support Hayley through her Just Giving Page at https://www.justgiving.com/TeamMozza/