Courageous Pauls Praise For Air Ambulance That Saved His Life 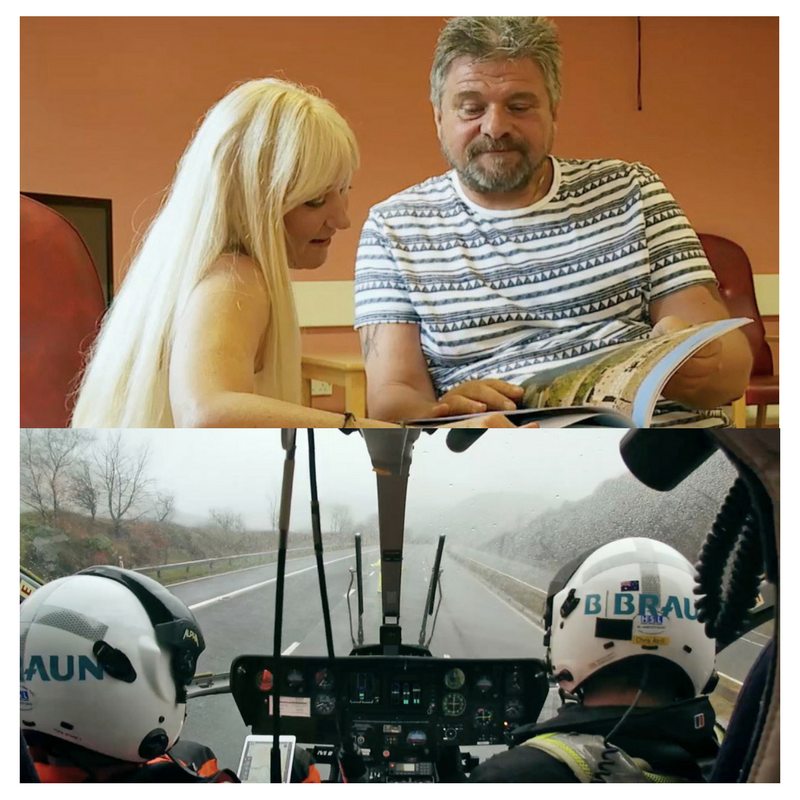 Highways England traffic officer Paul Holroyd and colleague Adam Gibb were on the hard shoulder of the M6 in Cumbria, near Shap, helping to recover vehicles from an earlier accident when they were struck by a car.

Adam, 51, from Penrith died at the scene. Paul was put into an induced coma on the roadside and airlifted to the James Cook University Hospital, Middlesbrough, where he underwent 12 hours of surgery.

The devastating accident will feature in Monday night’s episode of Helicopter ER, the award-winning UKTV show, which follows the life-saving work of the Yorkshire Air Ambulance.

“Two air ambulance services were there and without them I would just not be here,” said Paul from Kirkby Stephen, Cumbria. “They stabilized me at the scene and then got me to the right hospital in just 19 minutes and I cannot thank them enough.”

Paul, 52, spent six months in hospital and is now trying to rebuild his shattered life with partner Allison. With amazing grit and determination, the father of five has astounded doctors with the pace of his recovery.

“I’m very stubborn and pigheaded,” added Paul who owns and manages Takoda Camping in Kirkby Stephen. “I’m the sort of person who’s busy from the moment I open my eyes so being in the wheelchair and having to ask people to do things for me has been the most frustrating part.

“Allison has been absolutely phenomenal. Someone was certainly watching over me when I met her. She made the 160-mile round trip to Middlesbrough every day for six months, looking after the kids and keeping the campsite going.

“But I’m getting stronger month by month and I’m on the same road, it’s just a bit bumpier than it was.”

The couple, who are living temporarily in a rented bungalow, have applied for planning permission for a purpose-built bungalow at the campsite so they can continue to run the business.

Paul, who attended most of the court case, released a statement after the verdict in which he called on all drivers not to use their mobile phones behind the wheel.

“I would urge everybody to take more care whilst driving, especially when using the motorways, and to not under any circumstances be tempted to use a mobile phone.

“As this case has proved, lives can change forever in the blink of an eye.”

The accident, which happened in February 2016, features in Monday night’s episode of Helicopter ER, on the Really channel at 9pm.

The episode also features the story of a university student who had to learn to walk and talk again after a road accident and the first mission completed by one of Yorkshire Air Ambulance’s two new state-of-the-art Airbus H145 helicopters.

Monday night’s episode completes the second series of Helicopter ER but you can watch it on catch-up on UKTV Play (uktvplay.co.uk)