Courageous Charlotte to compete at Bramham 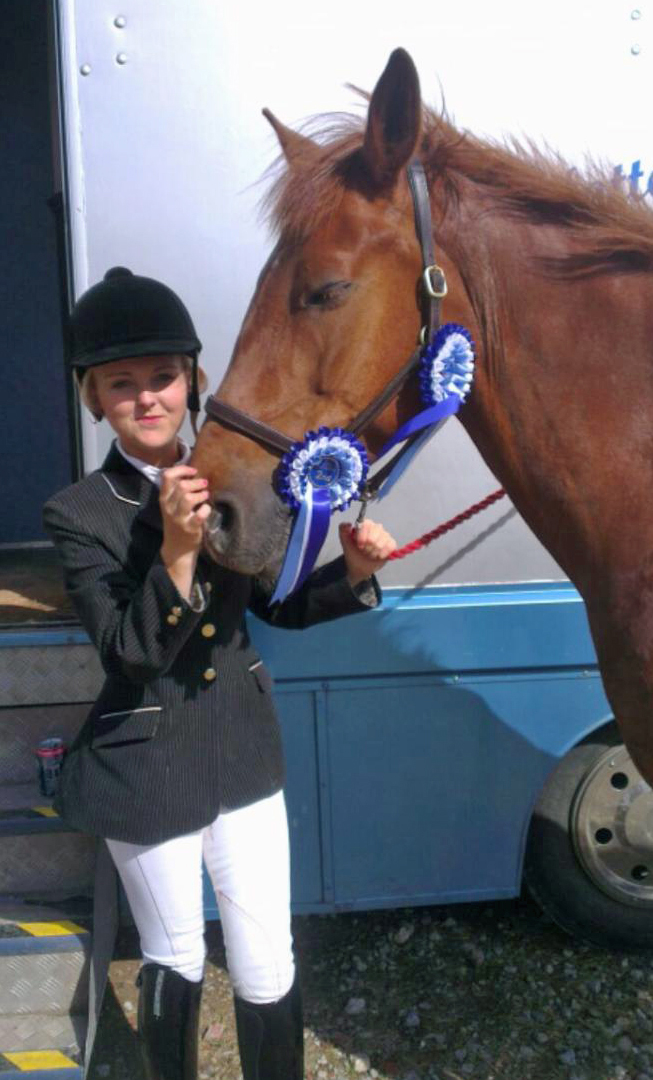 Charlotte Leighton has extra reason to celebrate riding at the Equi-Trek Bramham International Horse Trials as the event has chosen the Yorkshire Air Ambulance as its chosen charity for 2015.

Nine years ago Charlotte’s life was saved by the rapid response emergency charity after being knocked down by a car outside her home in Tollerton, near York.

She was flown to Leeds General Infirmary in ten minutes – a journey that would have taken around 40 minutes by road. “If I had gone by land ambulance it might have been too late,” said Charlotte, now 19.

She was left with multiple fractures to her forehead, eye sockets, jaw and leg and underwent pioneering facial reconstruction surgery.

The hairdresser and beautician is still undergoing treatment – with an operation in August that will involve breaking her upper jaw and putting in a titanium plate before bone grafting and implants.

But Charlotte’s injuries have never stopped her from living life to the full. She took up horse riding at the age of 12 and, with younger sister Serena, regularly competes in show jumping events across the country.

Charlotte and Serena, 15, are part of a four-strong showjumping team from York and Ainsty South Pony Club taking part in the Equi-Trek Bramham International Horse Trials between June 11-14. Other members are Holly Clayden and Nick Ireland.

Proud Mum Sue said: “Everyone gives so generously to the Yorkshire Air Ambulance because it’s a service that’s here for us.

“You never know when you are going to need it and it’s always there when you do. We never thought we would need the air ambulance but if it wasn’t for them, Charlotte would not be here today.”

Charlotte – now a registered volunteer for the YAA – and her family and friends have raised over £200,000 for the helicopter heroes that saved her life.

Yorkshire Air Ambulance needs to raise £12.000 every day to keep its two helicopters in the air, which is equivalent to £4.4 million a year.

Charlotte said: “Bramham is such a fantastic event and it’s such an honour to compete there, to ride in that arena, with all the surrounding stalls and marquees.

“It’s a very special atmosphere and I’m just delighted that they have chosen the Yorkshire Air Ambulance as its charity this year.”

The online Bramham Box Office is now open and booking in advance qualifies you for discounted tickets and free car parking.  Visit www.bramham-horse.co.uk for full prices and how to book.

Photo: Charlotte Leighton with her horse Hector who will be competing at the Bramham International Horse Trials next month. She is also pictured in hospital after her car accident.