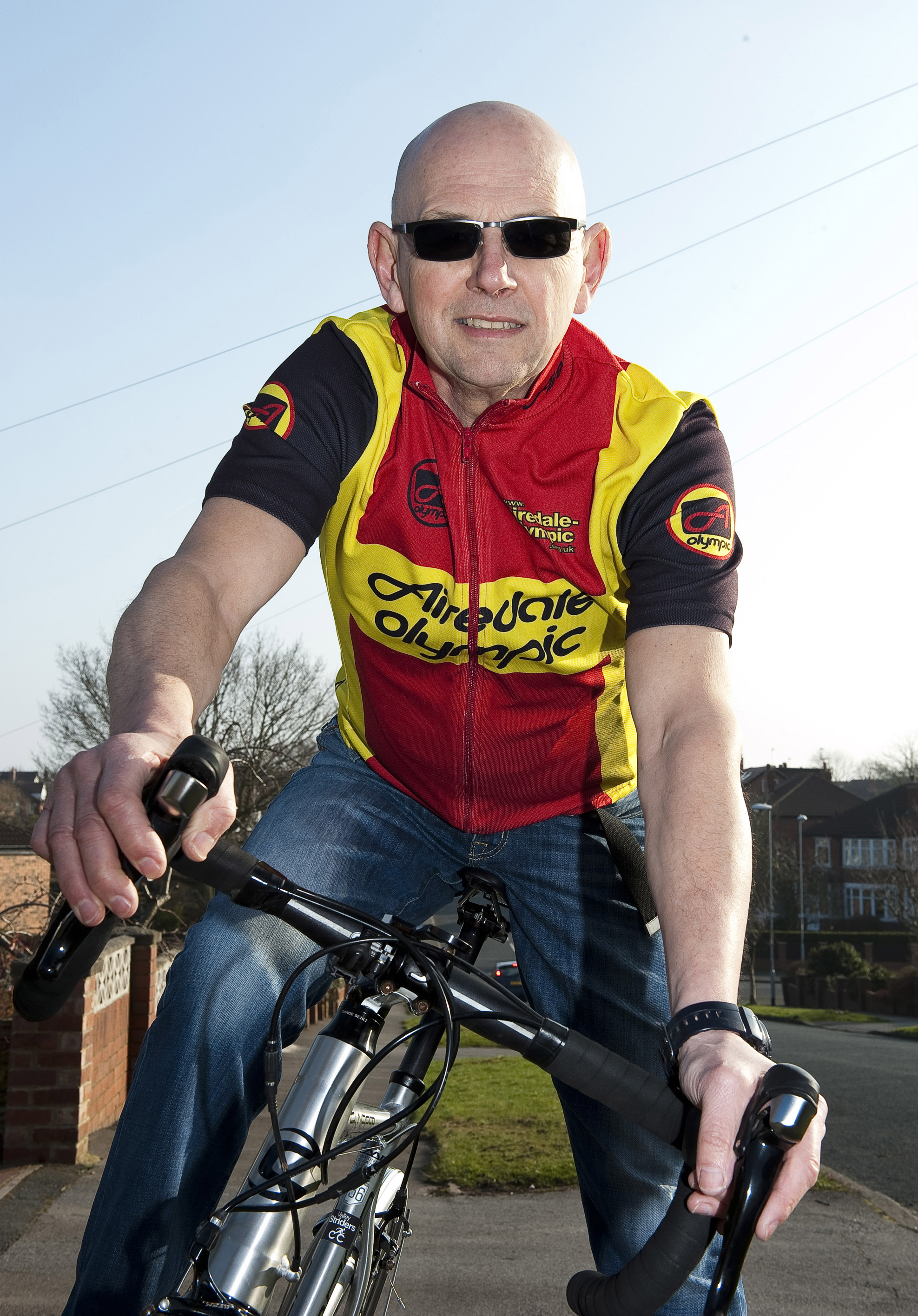 For the 62-year-old from Woodhouse, Leeds, is aiming to polish off a 1,000-mile marathon bike ride for the Yorkshire Air Ambulance.

Chris became the charity’s 2,000th patient eight years ago when he was airlifted to hospital following a horrific road accident.

He slammed into a wall and broke his neck after his motorbike hit a patch of diesel on the road near Settle, North Yorkshire.

Following a long and painful five-month recovery, Chris decided to hang up his leathers. But he has since taken up road biking and is a keen member of the Airedale Olympic Cycling Club.

“I’m a window cleaner and used to being on the go all the time,” said Chris. “So after the accident when I couldn’t do much I put on quite a lot of weight.

“My son, who had been biking with me when I had the accident, started cycling aswell and we’ve both lost a lot of weight.

“The thing I missed most about biking was the adrenalin rush, but cycling really gives you an incredible buzz and is such a brilliant thing to do.”

Chris is aiming to cycle from Land’s End to John O’Groats this July in just 10 days – a challenge that will involve completing nearly 100 miles each day.

The father of two is hoping to raise at least £1,000 for the Yorkshire Air Ambulance – the rapid response emergency charity that has now rescued nearly 6,000 people.

“I know it’s going to be really tough cycling 100 miles a day, but we are training hard and I just wanted to do something that would raise money for the Yorkshire Air Ambulance.

“It’s a fantastic charity that provides a life-saving service. Living where we do there are a lot of people who enjoy the countryside by biking, cycling, climbing, going horse riding and walking and you never know when you might need that helicopter.”

Chris has set up a JustGiving page and if you would like to sponsor him, go to https://www.justgiving.com/Chris-Stoneman3/

The Yorkshire Air Ambulance needs to raise £9,990 every day to keep its two helicopters in the air –  equivalent to £3.6 million a year.