Cheese lovers at the Great Yorkshire Show raised over £6,000 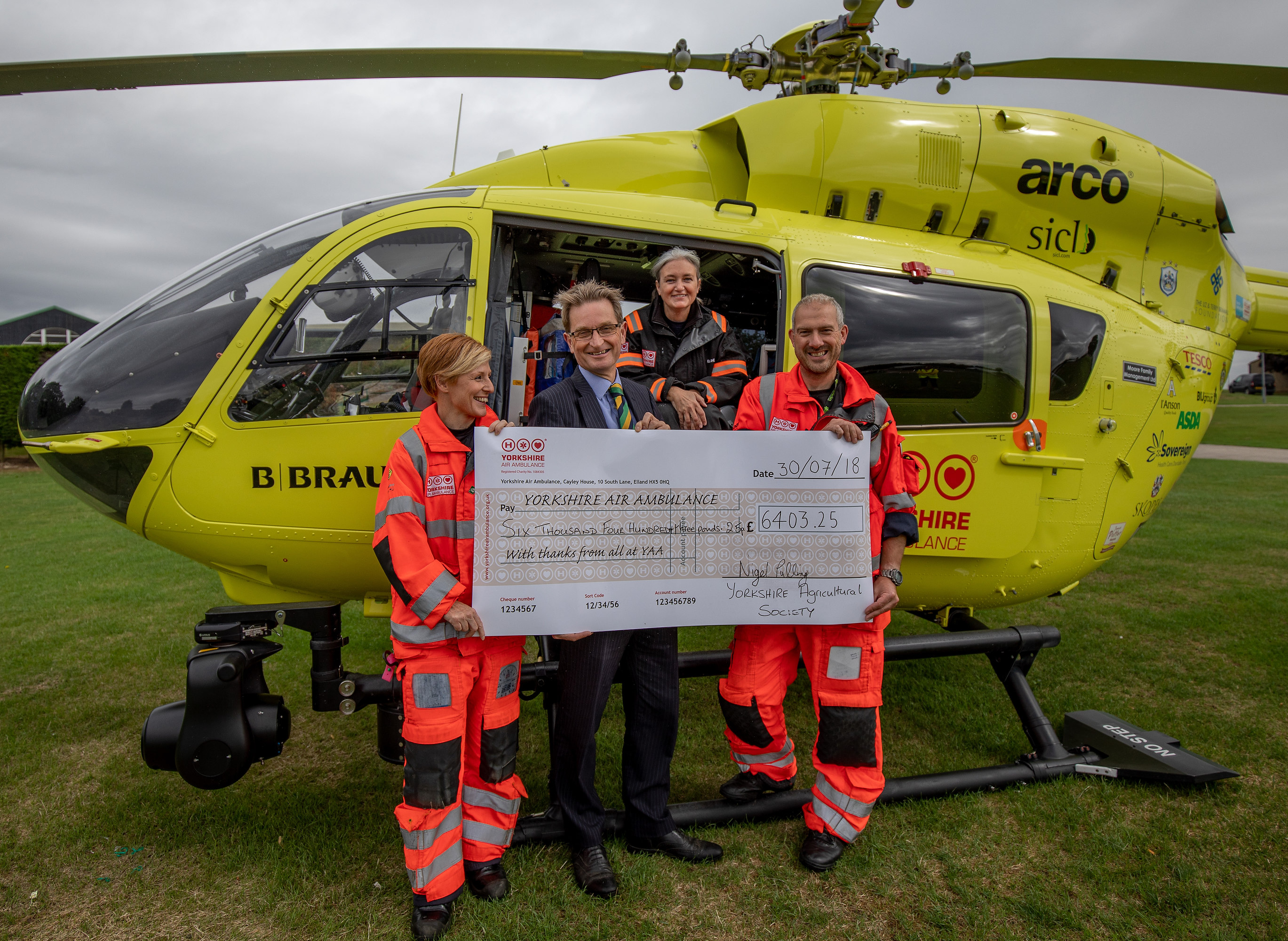 An auction at the Cheese and Dairy Section of the show raised a whopping £6,403.25 which was handed over to the Yorkshire Air Ambulance outside the Yorkshire Event Centre yesterday. The auction is held every year on the last day of the Great Yorkshire Show giving visitors the chance to bid for a round of their favourite cheese.  Once the judging has taken place,  its over to the public to put in their highest bid to be in with a chance of taking home some of the country’s best cheese. This year saw the most money ever raised at the auction, over the years it has raised thousands of pounds for charity, and has fast become a favourite with visitors at the Show. A flying visit from the Yorkshire Air Ambulance itself took place during the handover.

Judy Bell MBE Shepherds Purse said: “Its an amazing amount of money rasied, every year the cheese auction gets more popular at the Show. The support from the general public is incredible and its fanstatic to be able to give this money to such a great cause.”

Nigel Pulling Chief Executive of Yorkshire Agricultural Society said: “As a charity ourselves we are proud to be able to give this amount of money to the Yorkshire Air Ambulance who provides an essential service to rural communities across Yorkshire.”

Helen Callear, Regional Fundraising Manager North said  “We were delighted to hear we had been selected to receive the funds from the Great Yorkshire Show cheese auction but we were really staggered by the amount. Huge thanks on behalf of the YAA to the Yorkshire Agricultural Society for their generous donation. Many of our patients are farmers who work in remote locations under difficult conditions and we know they appreciate the knowledge that the YAA is there for them. It is lovely that the Society supports us in turn with this tremendous gesture.”