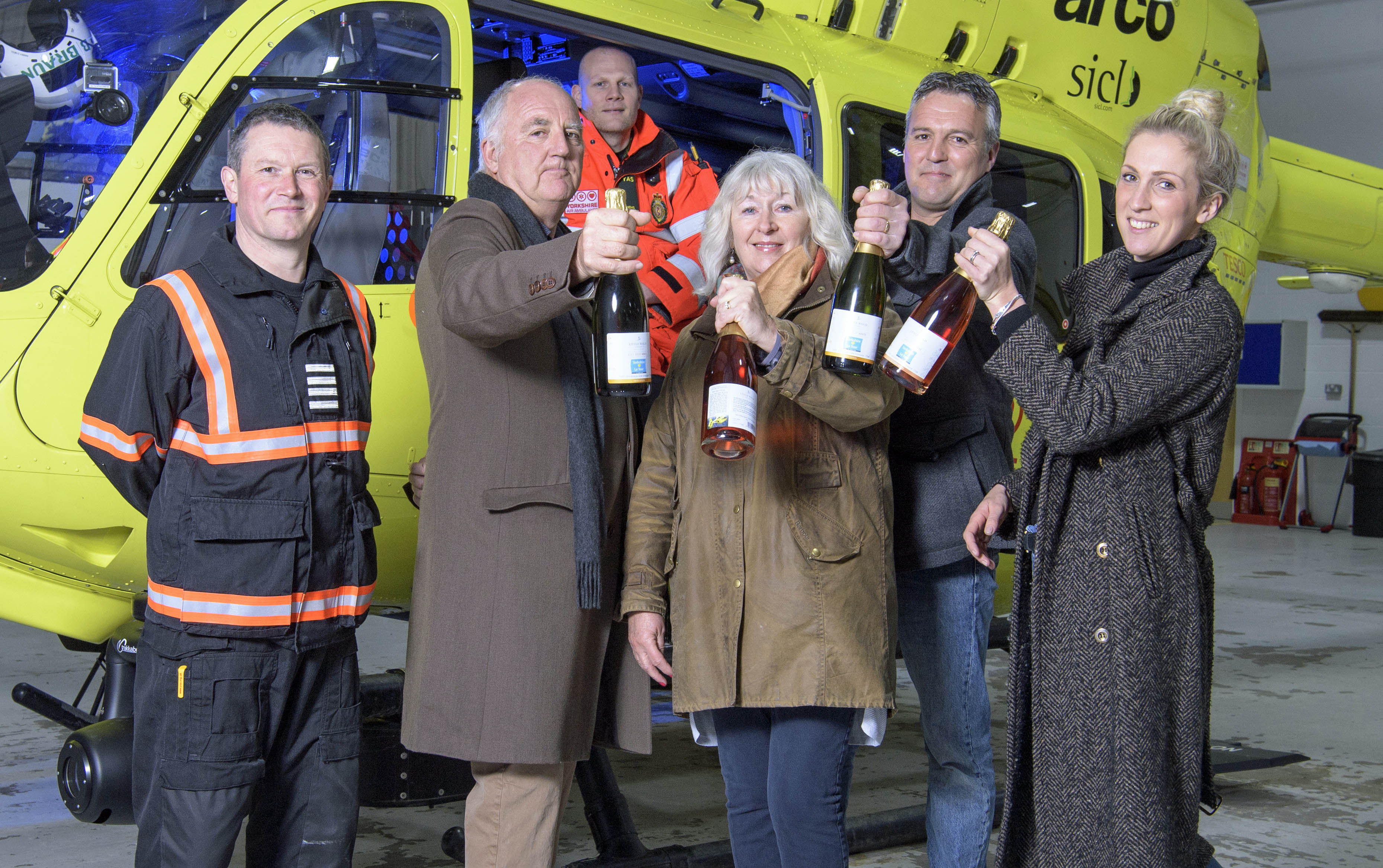 The Little Wold Vineyard, in the Yorkshire Wolds near South Cave, has produced limited edition ‘Reet Brut Rose’ and ‘Reet Brut White’ sparkling wines to celebrate the 2018 Tour de Yorkshire which will see world-class cyclists competing across the county between May 3-6.

Just 100 bottles each of these special sparkling wines have been made, with £10 from the sale of every bottle going to the Tour’s official charity partner, Yorkshire Air Ambulance.

Little Wold was launched eight years ago as part of a diversification scheme on the Wilson family’s farm. The first crop was harvested in 2016, producing still and sparkling wine which secured bronze medals in the vineyard’s first wine competition.

An additional four acres of vines will be planted this year and the family intends to plant a further six acres in 2019, as well as adding a red to the Little Wold range. Plans have also been submitted for to add a small building to host tasting events.

Former primary school teacher and now Little Wold Director and Events Manager Alice Maltby said: “It has been a very steep learning curve for us as a family but the wines have proved to be so popular and we are delighted with, and really proud of, what we have achieved so far.

“We really wanted to support the Tour and Yorkshire Air Ambulance. We live in a very rural area and I also ride horses and know several friends who been helped by the charity.

“It’s a life-saving service that anyone could need at any time and it is very reassuring to know that they are there.”

Yorkshire Air Ambulance (YAA) serves five million people across Yorkshire and carries out over 1,300 missions every year. The charity needs to raise £12,000 every day to keep its two, state-of-the-art helicopters flying.

YAA Director of Marketing and Communications Abby Barmby said: “What the Little Wold Vineyard is doing to mark this year’s Tour de Yorkshire is absolutely wonderful and we are delighted to be the beneficiary of their generosity.

“To have such wonderful wine produced in Yorkshire is a testament to what a great place this county really is.  We cannot thank Little Wold enough for their support.”

Yorkshire Air Ambulance is the official charity partner of the fourth Tour de Yorkshire which is now regarded as one of the best supported and most colourful races on the world cycling calendar.

Some of the world’s top male and female cyclists will be taking part in the race, which has been expanded from three to four stages and will reach all four corners of the county, taking in 169 villages, towns and cities along the way.

The YAA is appealing for businesses and organisations along the route to get involved by hosting a fundraising event over the Tour weekend in May, as well as for extra volunteers to help over the four days. If you can help or would like more information, contact the charity on 01422 237900 or email info@yaa.org.uk