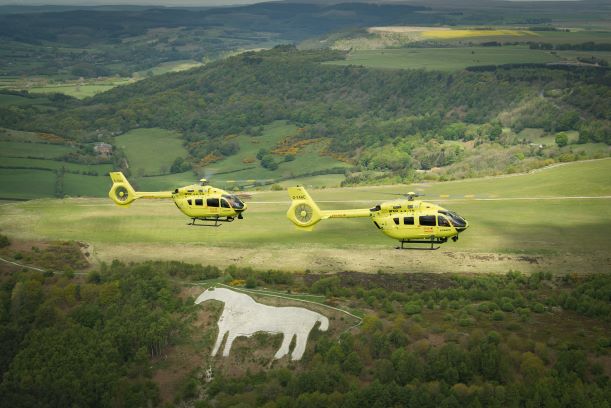 Businesses, community groups and individuals across Yorkshire have united to help the Yorkshire Air Ambulance celebrate their 20th anniversary and have raised an impressive £3,840 for the rapid response charity.

The virtual balloon race commenced on the 19th October and finished on the Yorkshire Air Ambulance’s 20th anniversary on October 25th 2020. Prizes were awarded to first, second and third place balloons and participants were able to watch their balloons race via a virtual balloon race website and share messages with the Charity.

It costs £12,000 a day to keep both of our air ambulances maintained and in the air and like many charities across the UK, this year we have been deeply impacted by COVID-19.  The money raised from the balloon race will help greatly towards the vital funding of our service and enable us to continue saving lives across the region.”

Thank you to all of our supporters, businesses and community groups who took part in the race, including: