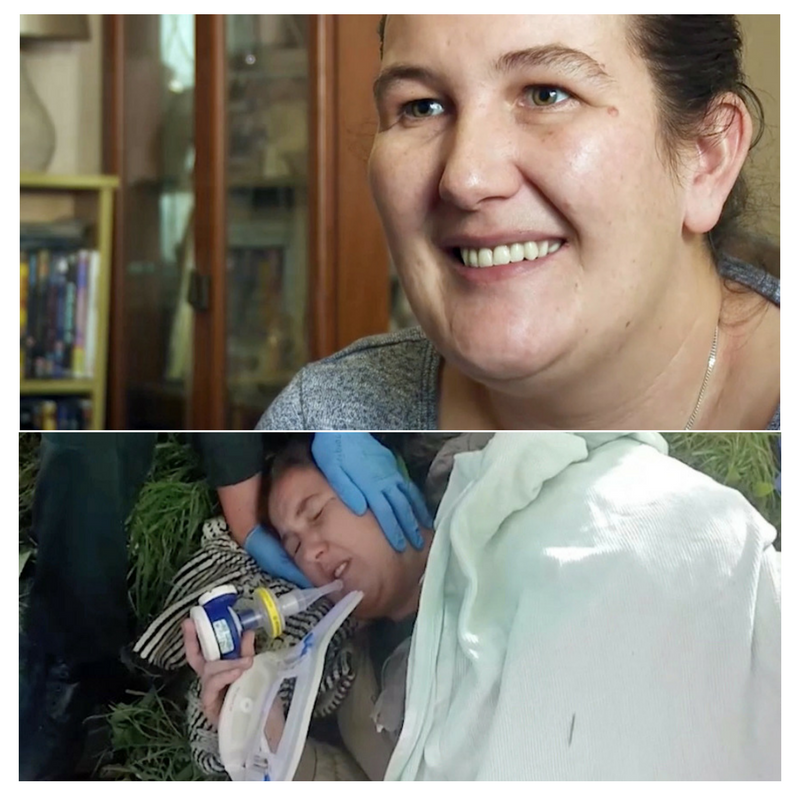 Rebecca Beaver was on a family walk in woodland near her home in Queensbury with her sister, nieces and ten-year-old son Lewis when they came across a make-shift rope swing across a beck.

“Everyone had a go, but when it was my turn the thing snapped and I just came crashing down onto my back.,” said Rebecca, 32.

“At first, I could not feel my legs which was quite scary, and then it was really very painful. When the paramedics and air ambulance arrived you do worry what you’ve done.”

Rebecca’s rescue from the remote spot features in this week’s episode of Helicopter ER, the UKTV series which follows the life-saving work of Yorkshire Air Ambulance.

Mountain rescue volunteers were drafted in to help get Rebecca to the aircraft which flew her in minutes to trauma specialists at Leeds General Infirmary.

Fortunately, Rebecca only suffered a snapped a disc in her pelvis and after a period on crutches, the grateful Mum-of-two has now fully recovered. But she won’t be having a go on any more rope swings.

“We all do this kind of thing when we’re kids but perhaps not now. I was very, very lucky. It could have ended very differently.”

Rebecca’s rescue can be seen on Helicopter ER at 9pm on Monday, September 4, on Really.

The episode also features the tragic case of a car that careered into a bus queue killing a pensioner and seriously injuring her friend, and a young showjumper crushed by his horse after a fall.