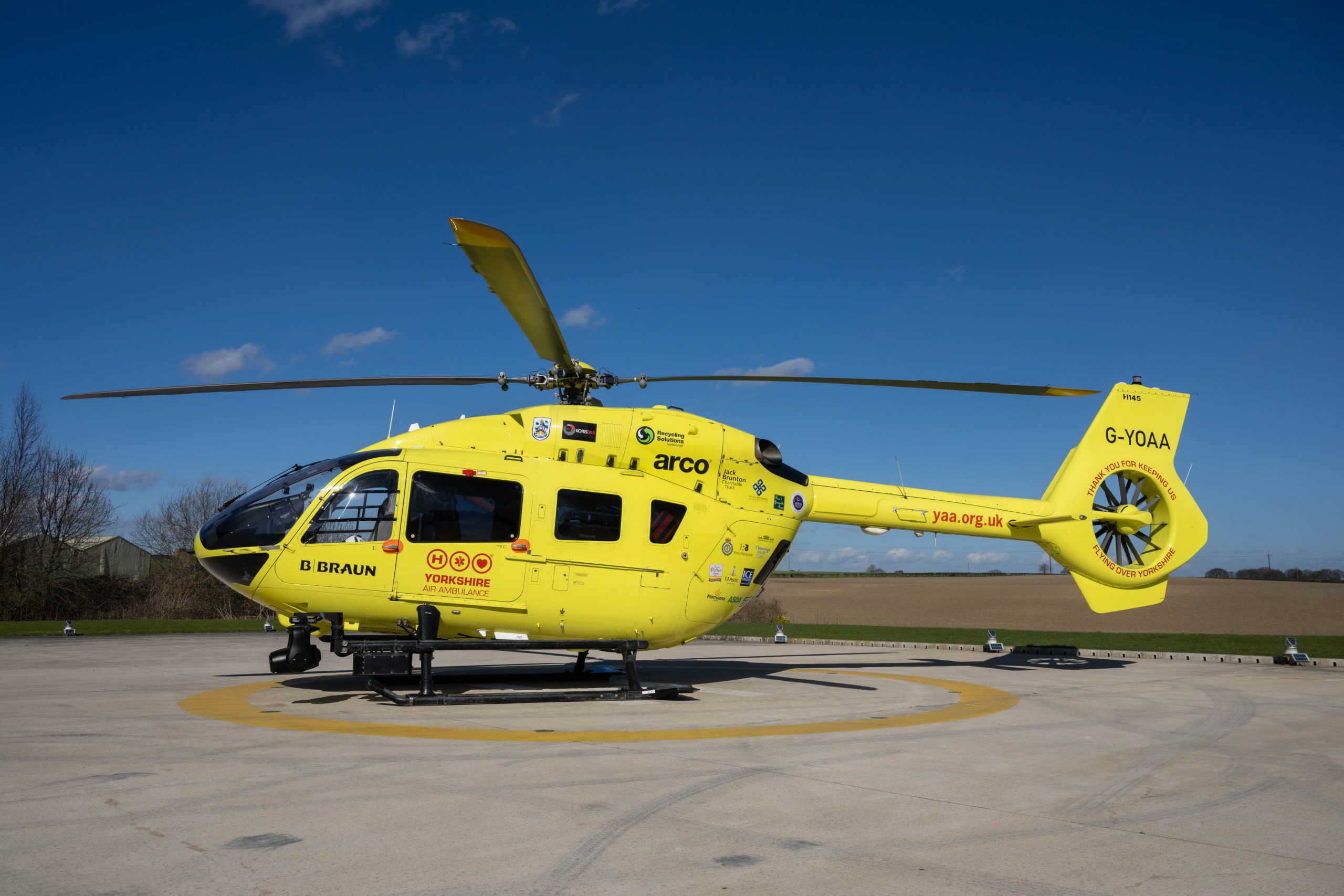 Yorkshire Air Ambulance is a life-saving rapid response emergency service. Last year, they treated 325 patients in West Yorkshire, 13 of which were cardiac arrests.

On the 21st of April 2022, Nigel Boot was playing golf when he suffered a cardiac arrest at the 18th tee.  The person he was playing with immediately phoned 999 and a retired nurse who was passing by in a buggy stopped to give CPR.

Yorkshire Air Ambulance dispatched their Critical Care Team and was able to use the defibrillator to start Nigel’s heart. He was taken to Airedale hospital by land ambulance, where he was fitted with an implanted defibrillator (ICD).

“The air ambulance landed on the golf course and to this day, I still can’t believe how they managed to land in the area. Fortunately, they managed to get me going again. I wouldn’t be here without everyone’s help that day”, said Nigel.

To raise funds for Yorkshire Air Ambulance, the Bracken Ghyll Golf Club is hosting a Men’s Captains Day, Ladies’ Captains Day, a 72-hole challenge and a Presidents day across June and July. They also have a community event scheduled for Saturday 20th August, where families from local communities are invited to visit and support the day and the Yorkshire Air Ambulance promotional vehicle will be in attendance.

Helen Berriman, West Yorkshire Fundraiser for Yorkshire Air Ambulance, said: “We would like to thank Bracken Ghyll golf club for choosing us as their charity of the year. We were glad to be able to help one of their members recently in their time of need and the money raised from future events will help greatly towards keeping our two helicopters flying and saving more lives across the region.”