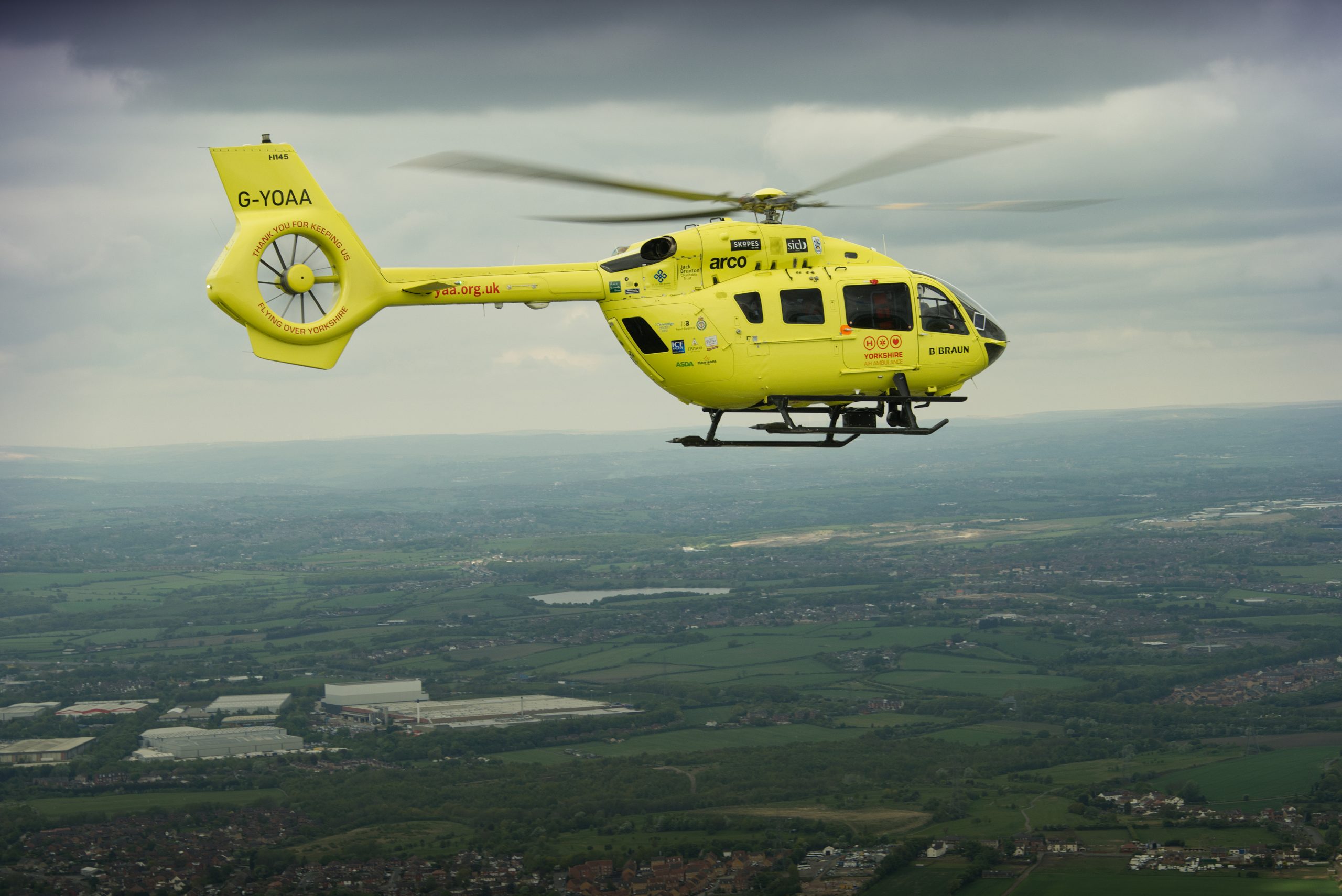 BP located at the Saltend Chemicals Park near Hull, is the largest producer of acetic acid and acectic anhydride in Europe, Both Chemicals are key building blocks for a wide range of applications including paints, coatings and washing detergents, as well as the preservation of food.

BP employees in Hull voted for YAA to be their ‘Charity of the Year’, due to its prevalence in the Hull and East Yorkshire region.

Andy Carter-Fea, shift process technician at bp, and a member of the site’s charity committee, said: “YAA was chosen by our team in Hull due to the life-saving work it does across the region. You never know when you will require the YAA’s assistance.

“We’re proud we can contribute to helping YAA provide its services across Yorkshire.”

The £5,470.89 was raised through employee engagement activities (including a coast to coast ride),  Easter egg and Christmas events, and a recycling initiative, where employees were asked to recycle ear plugs (part of their personal protective equipment).

Bob Smailes, East Yorkshire Regional Fundraising Manager for the Yorkshire Air Ambulance, said: “We would like to thank the bp employees for their continued support and generosity. Organisations large and small play a critical role in raising vital funds and awareness for our charity and the £5,470.80 will help greatly towards the £12,000 a day required to keep both of our helicopters in the air and saving lives across Yorkshire.”