Boycott’s celebration dinner raises over £50,000 for the Yorkshire Air Ambulance. 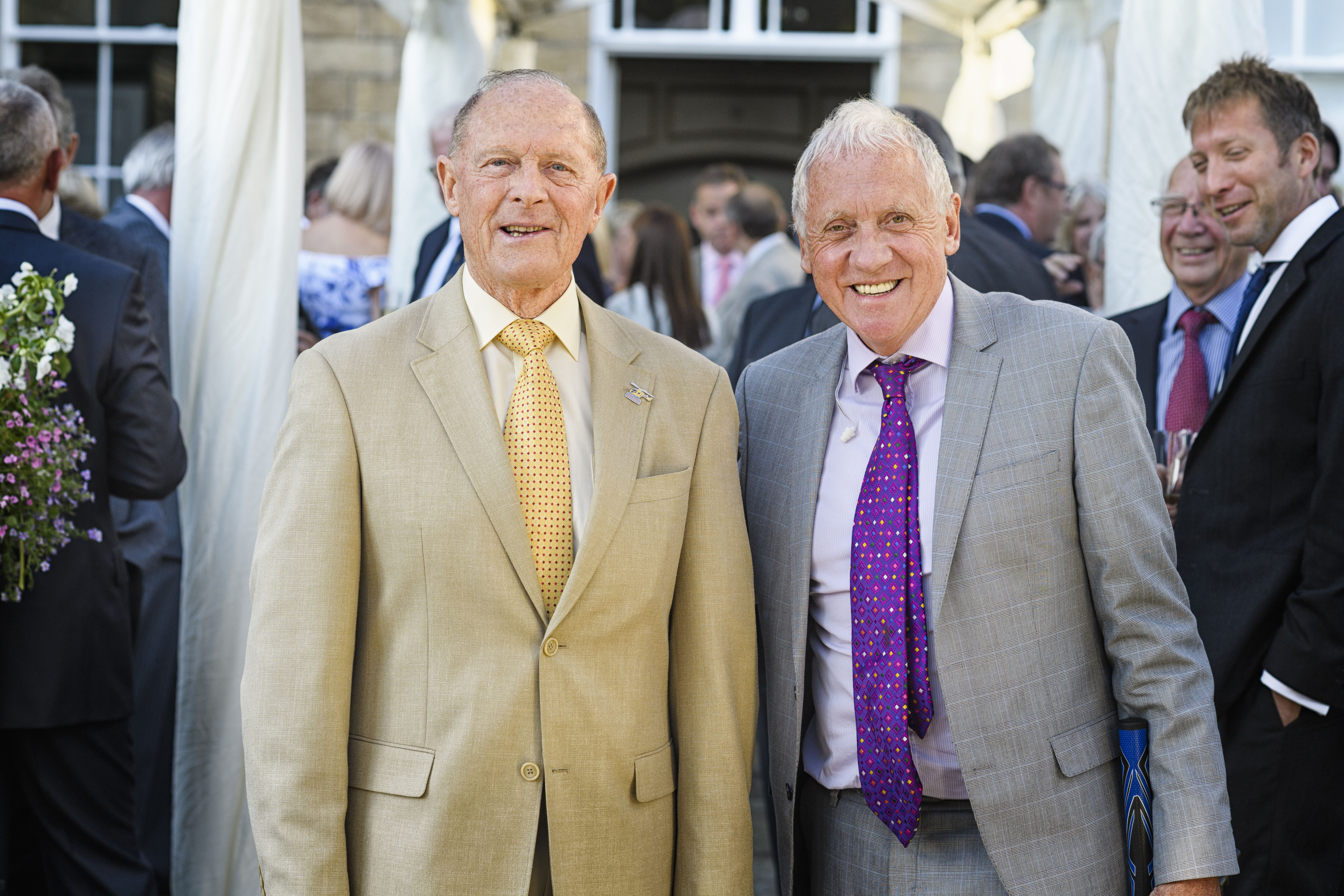 The exclusive dinner, which was held at his home in Boston Spa, was organised to celebrate the special milestone in his cricketing career and to raise money for the Yorkshire Air Ambulance, of which Geoffrey is a Patron.

Around 180 people attended the dinner, which was hosted in a marquee in the garden of the home where he lives with his wife Rachael, and attended by friends, associates and supporters of the cricket legend.

Geoffrey commented “This was a very special anniversary for me – I was the 18th Batsman in the history of the game to score a hundred first class centuries, but the first to do so in a Test Match.  I knew we needed to do something special to mark the occasion, and as a Patron of the Yorkshire Air Ambulance I couldn’t think of anything better than a celebration dinner at our home to raise money for the Charity.  I left it to my wife Rachael to organise, and what a splendid job she did.  It was a cracking night!”

The pinnacle of the evening, was Geoffrey taking to the stage with long-time friend, and BBC Look North presenter, Harry Gration, to talk about the highs and lows of his cricketing career, and re-live that moment at Headingley 40 years ago.  Archive film footage was shown spanning Geoffrey’s cricket career, and included a recent stint in the media when fellow cricket commentator Jonathon Agnew played a prank on him over the special anniversary live on air.

The catering management of the evening came from the Devonshire Arms at Bolton Abbey, who also have adopted the YAA as their Charity of the year for the last two years.  The hotel went above and beyond on the evening by donating a further £1,000 to the event, when the initial figure raised was £49,000, bringing the total to over £50,000.

Adam Dyke, General Manager of the Devonshire Arms added: “It was both a privilege and a pleasure for ‘The Dev’ to cater for such an amazing event – a Yorkshire evening good ‘n’ proper….. supporting our chosen Yorkshire charity, as well as paying tribute to one of Yorkshire’s most iconic sporting personalities, Geoffrey Boycott. He and his wife, Rachael, are such generous hosts and support the charity so well with their tireless input and dedication.”

The evening was supported by many wonderful companies such as Laurent Perrier UK, who donated the champagne, Bleikers of Catterick who gave smoked salmon for the starter, Pontefract based Dovecote Park who donated the beef for the main course, Bettys and Taylors of Harrogate who supplied Geoffrey’s favourite brown bread ice-cream, along with their famous coffee and tea, Wensleydale Creamery from Hawes, who supplied the cheese course, oatcakes and chutneys,  Whittakers Chocolates of Skipton who supplied the after dinner mints, Hull based Aunt Bessie’s who donated the Yorkshire puddings, water from Huddersfield based Ice Valley water and local beer from Rudgate Brewery, just down the road near Thorpe Arch.  Philip & SallyAnn Hodson generously sponsored the wine and beer for the evening too.

Peter Sunderland, Chairman of the YAA also added “This really was an exceptional evening for the YAA.  To raise over £50,000 in a few small hours for the YAA is just phenomenal.  We really cannot thank Geoffrey and Rachael enough for organising the evening, and making us their beneficiary.  Geoffrey is a wonderful Patron of the Charity, and Rachael is an equally wonderful ambassador – we were privileged to have been involved in what was a most special evening.  We would also like to congratulate Geoffrey on the anniversary of his hundred first class centuries – a truly marvellous achievement.”