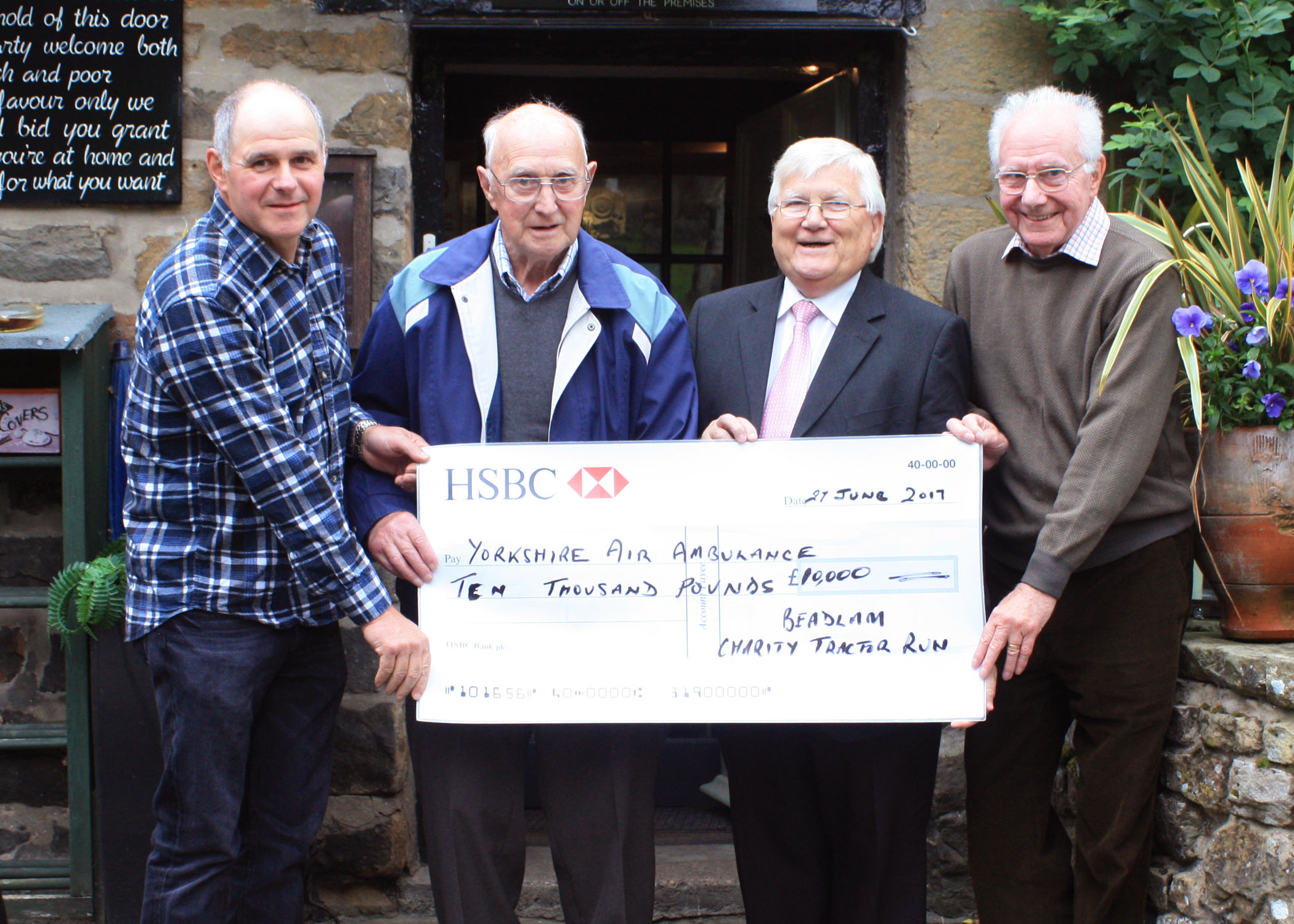 Nearly 200 tractors have taken part in the 15th Beadlam Charity Tractor Run helping to drive the total raised for Yorkshire Air Ambulance to more than £100,000.

The event – now one of the biggest annual tractor runs in the country – was launched in 2003 by retired local builder Bernard Simpson.

Just 35 tractors took part in the first run, raising £1,700 for the fledging Yorkshire Air Ambulance charity. The following year the number of vehicles and the amount raised more than doubled.

Bernard, 88, and his family now organise what is a major annual event that attracts around 200 tractors. The run takes them on a 50-mile route through 19 North Yorkshire villages, with some off-road highlights, and a hearty lunch provided by Bernard’s wife Olive and a team of caterers and volunteers.

This year’s event raised just over £10,000 bringing the total donated to Yorkshire Air Ambulance to more than £100,000.

Bernard’s son, Malcolm, an estate worker from Kirbymoorside, said: “I do a lot of the organising now, but this is still very much my Dad’s event.

“We get people coming from all over the place – including Scotland, Liverpool and Nottinghamshire – and get fantastic support from a team of local volunteers.

“Most of the money we raise comes from street collections in the local villages and it’s fantastic that we have got to the £100,000 mark for our local air ambulance charity.”

The tractor run starts each year from Beadlam Grange Farm, owned by the Rooke family, who themselves have twice needed Yorkshire Air Ambulance after separate horse riding and roof fall accidents.

The rapid response emergency charity serves 5 million people and carries out over 1,250 missions every year. It needs to raise £12,000 every day and has just replaced its two, ageing aircraft with brand new, state-of-the-art Airbus H145 helicopters.

“Bernard is a true ambassador for the Yorkshire Air Ambulance and I cannot thank him enough for his support and dedication over the years, and of course Olive for her wonderful catering, which is always a real treat!  Having Malcolm on board now is great and the Beadlam Tractor Run continues to go from strength to strength.”

Bernard was recently recognised by the YAA for his fundraising efforts when he and Olive were presented with a special Supporter’s Award at the charity’s annual recognition awards ceremony.